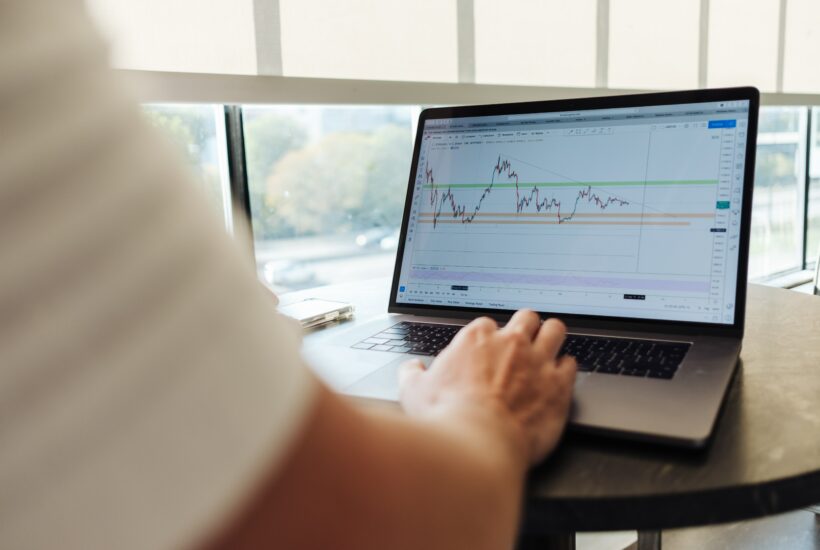 When Europe’s fintech scene recently met at “Money 20/20” in Amsterdam, Solarisbank, in particular, caused a stir from a German perspective. Solarisbank was present at the trade fair with half of its team. CEO Roland Folz scurried through the aisles, as did product head Jörg Howein, and Chloé Mayenobe was also spotted, the new Chief Growth Officer who was only hired in February. The reason for the supposed company outing? The Solaris team actually had a tight agenda in Amsterdam, consisting mainly of investor meetings. At least, that is how it is told in venture capital circles.

Read more about Solarisbank and find the latest financial headlines in the world with the Born2Invest mobile app.

Solarisbank is once again in the process of funding

But is that really the story? Because the highly ambitious “Banking as a Service” specialist is somehow always looking for new investors and fresh funds. At the beginning of last year, the Berlin-based company flirted with a so-called SPAC IPO (before the SPAC boom subsided). Then they worked toward a regular IPO in the second half of 2022 at best (before the IPO market started to freeze up). And in between? There was actually a fundraising. Solarisbank raised an impressive $200 million (€190 million) from investors last July. However: Significantly more than half of this sum immediately flowed into the takeover of the British competitor Contis.

And now? A further venture capital round would be a logical step – provided that last year’s valuation of $1.48 billion (€1.4 billion) can be defended. In addition, however, another, rather unconventional option is currently being examined. The “Manager Magazin” (paywall) reports that private equity firms are interested in Solarisbank and have “already made concrete offers” to the chairman of the supervisory board Ramin Niroumand (who is also a major shareholder with Finleap) and other investors. One of the private equity funds, CVC, has already lost interest. Advent, on the other hand, is said to be still on the lookout – an account that coincides with information from Finance Forward and Finanz-Szene. According to “Manager Magazin”, the exploratory financial investors are interested in a majority share “or at least a high share […], which secures considerable co-determination rights”. In other words: Solarisbank could be sold!

What is unusual about this constellation is that private equity investors usually look at companies that generate a stable cash flow or at companies that are getting on in years and need to be restructured. Solarisbank – a fast-growing startup with high cash burn – doesn’t fit into either of these grids; and even as part of a “build & buy” strategy sometimes pursued by financial investors, one somehow can’t really imagine the Berlin flagship fintech.

Nevertheless, more and more private equity companies have started to set up venture capital vehicles alongside their traditional PE funds in recent years. In addition, some financial investors are under pressure to invest. For example, Advent – as an Aareal buyer and former Concardis owner with close ties to the local financial sector – has just launched a $25 billion fund. This money has to go somewhere. And who knows if fintech assets will once again become as cheap as they currently are.

SEE ALSO  Does Tom Brady's Super Bowl win indicate a down year for the market?

Finleap would not be averse to an exit – it says

Conversely: Solarisbank’s big goal was actually always IPO. An exit to a private equity investor was not on the roadmap. However, the IPO is not likely to happen any time soon. And especially from Finleap – presumably still the largest shareholder – it is said in financial circles that if the price is right, the Berliners could well imagine an exit. After all, it has been eight years since the former company builder (which now only manages its assets) was founded, and that without a major exit so far. Manager Magazin” even reports that Advent could be interested in further ventures from the Finleap ecosystem beyond Solarisbank. The SME front-end bank Penta or the online insurance broker Clark are mentioned as possible examples.

As far as Solarisbank itself is concerned: Last year, Solarisbank reached the $105.4 million (€100 million) mark in revenues for the first time. However, losses in the double-digit millions are likely to have been incurred once again.

According to information from Finanz-Szene and Finance Forward, existing investors have therefore indeed recently pumped another $42 million (€40 million) into Solarisbank to be on the safe side – which the Berlin-based fintech roughly confirmed upon request: “We recently received a mid-double-digit million euro amount from existing investors to strengthen Solarisbank’s position in a challenging market environment. We are pleased with the high level of confidence and will use the funds to achieve our goals, secure our investment lead as well as ensure a high core capital ratio.” Solarisbank does not comment on the valuation. However, financial circles say the valuation has risen rather than fallen compared to last summer’s $1.48 billion (€1.4 billion).

For the moment and certainly for the foreseeable future, Solarisbank is thus sufficiently capitalized. However, even with the $42 million (€40 million), Solarisbank still adheres to the “after funding is before funding” logic for the time being. The purpose of the intended IPO would not only have been to enable the existing shareholders to sell part of their shares. But: It should also be about injecting so much equity capital into Solarisbank that the Berliners would ideally not need any more until break even.

How much would that be? Hard to say. Market experts, however, believe that one should think in terms of $527 million (€500 million) rather than $158 million (€150 million). After all, with its expansion not only into the UK (inorganic), but also into France, Spain, and Italy (each organic), Solarisbank is currently extremely focused on growth. And – unlike fintech companies without a banking license – it is not only about the normal capital for the planned investments. It is also a matter of permanently backing even very strongly growing business volumes with sufficient regulatory equity capital – especially since Bafin is taking a closer look at Solarisbank.

It is clear that financial investors have the capital that Solarisbank could use at some point. But has that time already come? And does the Berlin fintech really want to tie itself to a player like Advent (et vice versa)? Exactly such questions are currently being discussed. The outcome is open. However, there should be no shortage of alternative interest from the VC world. At least, this is what the scurrying of Mr. Folz and Mr. Howein as well as Ms. Mayenobe at “Money 20/20” indicates.