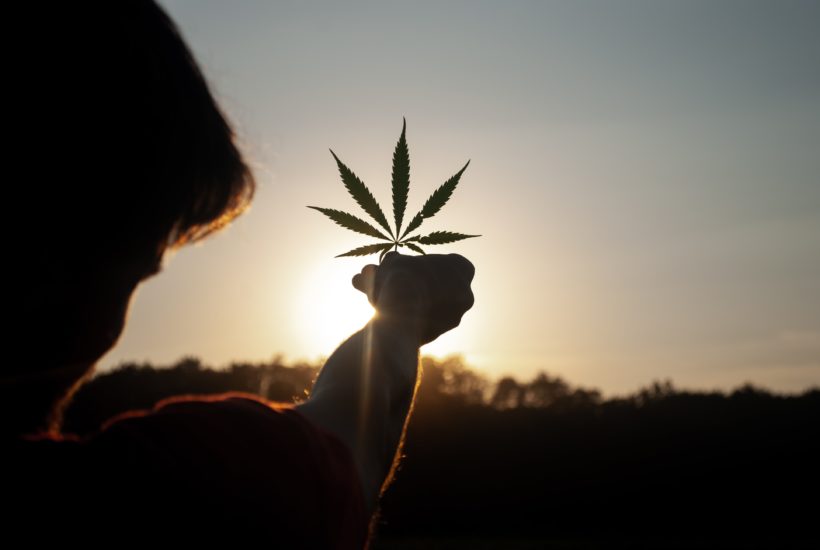 GrowGeneration Corp. (NASDAQ: GRWG) is looking to raise $125 million via a public offering. The offer was increased to $150 million on Wednesday, with 5 million shares offered at $30.00 per share.

“The money continues to flow into the cannabis sector, as we saw the huge $1.5 billion valuation that the Weedmaps deal with Silver Spike SPAC received. Not only that, GrowGeneration upped its offer from $125 million to $150 million. Despite the mixed stock performance, there is still a lot of demand for investing in this industry,” said Debra Borchard, editor-in-chief of the Green Market Report.

ETFMG Alternative Harvest ETF surpassed $1 billion in assets under management. The fund has been trading on the NYSE for less than three years and is the first cannabis-focused ETF listed in the United States. Jason Wilson, ETFMG Cannabis Research and Banking, said that “there are two key takeaways regarding MJ and the importance of reaching this milestone.”

Read the latest cannabis news and find more details about the cannabis industry with the Hemp.im mobile app.

The U.S. House of Representatives passed a bill to reduce barriers and expand scientific research on medical cannabis

According to Marijuana Business Daily, the bill will also allow for the private production and distribution of cannabis solely for research purposes.

Both the MORE Act and the Medical Marijuana Research Act are still awaiting a final decision in the Senate. Many experts believe the chances are slim that either bill will receive Senate approval, the report added.

In South Carolina, Republican lawmakers have prefiled a bill that would allow medical marijuana. Rep. Bill Herbkersman is the bill’s primary sponsor and attributes his support to his brother, who used cannabis to treat cancer-related symptoms.

Herbkersman said no one in South Carolina with a serious illness needs to skirt the law to get the relief they need.

“Waiting longer will only bring more suffering to those plagued by [a] debilitating disease,” he said, citing the availability of cannabis in 36 other states as another driver.

What happened during the five trading days of the week

The company later announced a new round of changes at its Canadian operations following a series of layoffs in April and September. The Smith Falls, Ontario-based company chose to close operations at its locations in St. John’s (Newfoundland and Labrador), Fredericton (New Brunswick), Edmonton (Alberta) and Bowmanville (Ontario).

The move would impact approximately 220 employees and “streamline operations and further improve margins,” Canopy noted. In addition, the company said it would also exit its Saskatchewan-based outdoor cannabis cultivation operation.

Cannabis tech company Dutchie has partnered with cannabis-focused branding agency Highopes to launch Flynt, a system designed to help small cannabis businesses build websites. Flynt touted as “the place for cannabis,” is said to be seamless and user-friendly. It offers pre-built templates to equip dispensaries with a cost-effective website so cannabis customers can opt for an e-commerce shopping experience.

A report from New Frontier Data states that annual legal medical and recreational sales are estimated to grow at a compound annual growth rate (CAGR) of 21%, reaching more than $41 billion by 2025, up from $13.2 billion in 2019.

Other news of the week

Oscar-, Golden Globe- and Emmy-winning actress Nicole Kidman has been named the first strategic business partner and brand ambassador for The Sera Labs Inc. According to an update on Thursday, Kidman agreed to endorse the company’s current products. As the “face of the brand,” Kidman chose to support the product development efforts of Los Angeles-based CBD Products.

Hemp and cannabis infusion technology company Vertosa began offering a proprietary powder-based emulsion powder formulated to infuse CBD into a range of product categories, from supplements to tea and coffee pods to protein bars, for fast-acting potency and consistent potency.

Sundial Growers Inc. (NASDAQ: SNDL) received approval to transfer its listing to the Nasdaq Capital Market. The transfer is expected to be effective December 15th.

Pure Extracts Technologies Corp.(CSE:PULL) decided to join the growing mushroom industry through a collaboration with The Nutraceutical Medicine Company Inc.

First published in finanz trends, a third-party contributor translated and adapted the article from the original. In case of discrepancy, the original will prevail.