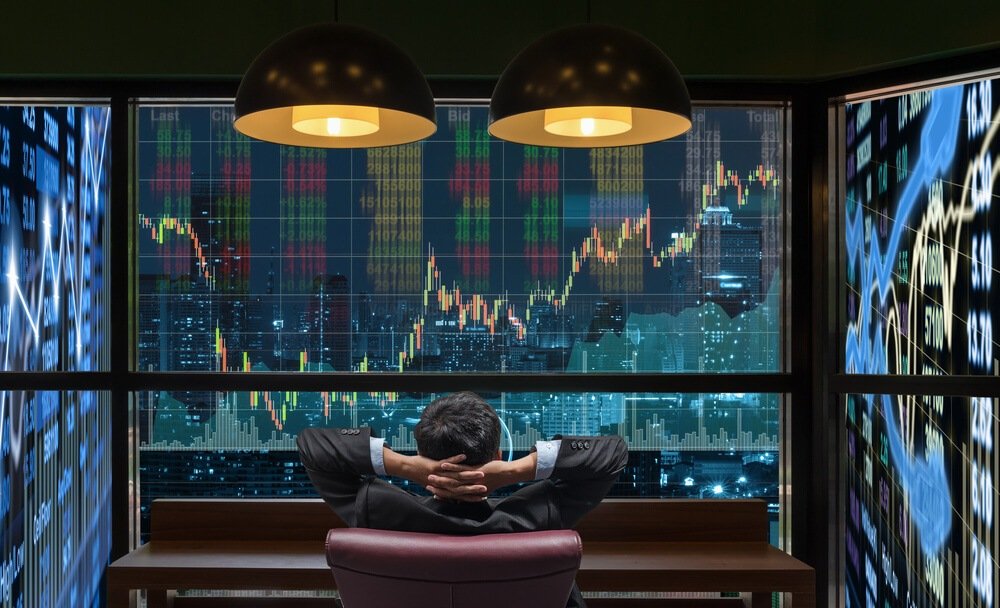 We called this explosive Trump rally. Right after the election. After Dow futures fell 800 points overnight and the S&P 500 and Nasdaq futures hit their 5 percent limit, which halts trading, and then everything turned around and opened the day in the green — an extreme reversal on high volume.

We sent an email to subscribers saying we would see a Trump rally that would see the market gain 20 percent to 25 percent, if not more. I had been cautious up to that point, after an apparent rolling top in 2015. But Wall Street was convinced they would get another massive free lunch. And they recently got what they wanted with the tax reform bill.

Now, this rally is looking very, very stretched. Yet, there are NO signs of divergences or technical indicators to warn that a peak is near.

So, the million-dollar questions are: How long does this bull market have to live? And will any of the usual warning signs appear or be as obvious as they were in early 2009?

It’s an impossible question to answer because this rally is the first in history to primarily be driven by artificial stimulus and not natural fundamentals and “animal spirits.”

Given that fundamentals have had little to do with this bubble, and the tools I usually turn to when forecasting market movement are no longer as effective, or may not show up at all, I find that patterns in stock charts are the best fallback.

SEE ALSO  Bitcoin, the king of cryptocurrencies, and equity funding to the rescue

And what I’m seeing on these charts is that we have some accelerated rising wedges and channels that clearly look like topping patterns in the making.

That’s why, in the January issue of The Leading Edge, I show readers how powerful this pattern can be and what it’s warning right now. I shared 10 charts with them, discussing the patterns and the points at which it would be best to take money off the table.

The Nasdaq bubble, from December 1994 to March 2000, was the steepest one we’d seen to that point.

One of the warnings that the bubble was in its orgasmic final stage was the Internet Index (Bloomberg) bubble that only came alive from November 1998 to March 2000. It made more than eight-times gains in just 16 months — more than the entire Nasdaq gain of 6.3 times in 5.4 years. But that overall bubble came into a final steep channel from late 1999 to early 2000.

Well, guess what? We find ourselves in an eerily similar situation today!

On Friday, Jan. 12, we got a slight throw-over rally (meaning the top trend line of the rising bearish wedge was broken) on the Nasdaq, with new highs of 7,221.

That was an aggressive place to look to get any passive investments (like those in your 401K) out of the overall market, even if only partially. The higher probability sell signal would come around 6,600 near term, with a break of the lower trend-line, about 8 percent to 9 percent lower.

Here’s what I’m looking at. 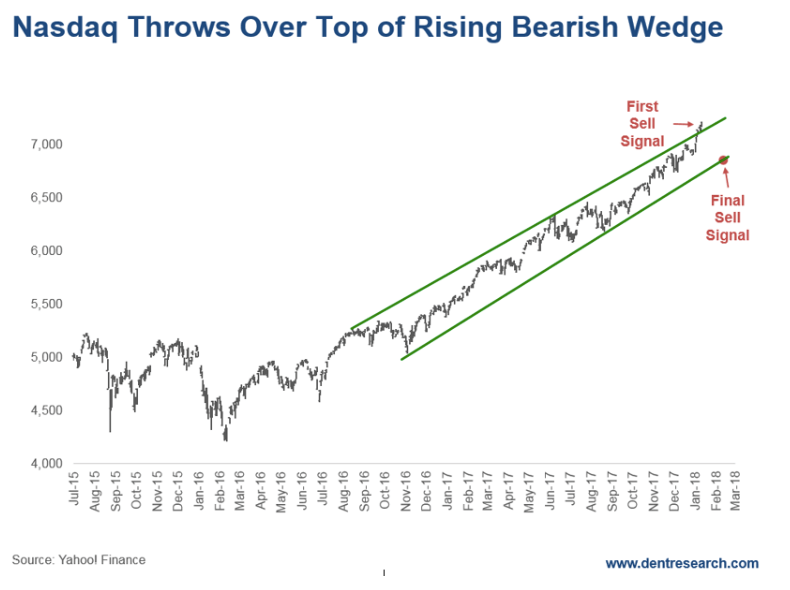 Really, all we need to pop this bubble now is a pin. And I’ve mentioned several times already that I think Bitcoin is it!

Bitcoin has gone up 20 times in a little over a year. Its bubble is greater than even the infamous tulip bubble. This is the best sign of a major top ahead.

My prediction is that, within a year, Bitcoin will crash 95 percent or more, down to $1,000 or so. As that happens, investors will begin to question all bubbles, just like they did with the internet bubble crash in 2000.

Buckle up. This could get interesting.