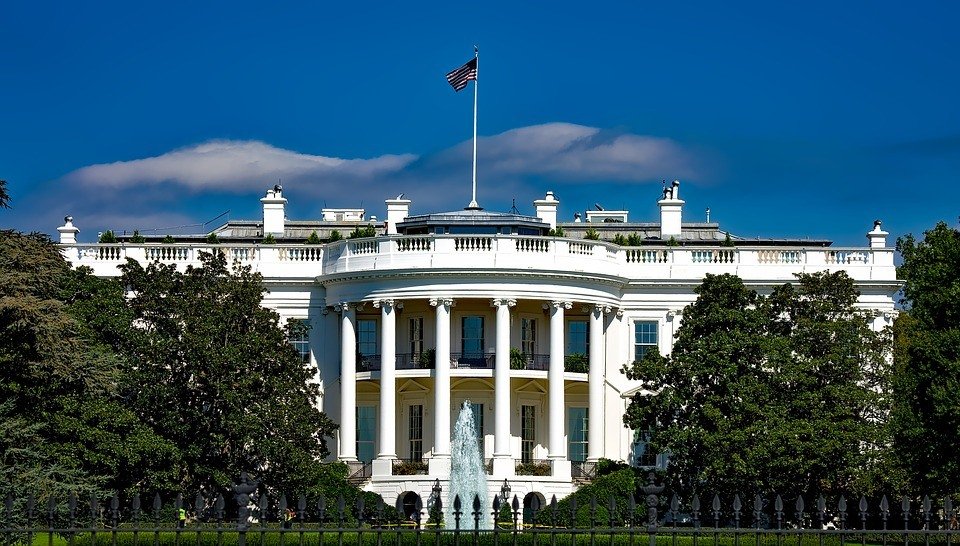 Every Presidential cycle has had its effects on the stock market, the economy, GDP growth, debt growth, the debt to GDP ratio, gold, the US$ Dollar Index, and recessions.

With the failure to even vote on the “repeal and replace Obamacare,” coupled with the ongoing investigations into the White House “Russian” connections we thought it apropos to revisit the Presidential cycle. The Presidential cycle has historically had an impact on the stock markets and the economy. According to the Stock Trader’s Almanac (Jeffery A. Hirsch & Yale Hirsch) that is published annually, wars, recessions, and bear markets tend to occur in the first half of the four-year term while more prosperous times and bull markets tend to appear in the latter half. According to the Hirsches of the 45 administrations since 1833, the second-half stock market gains have been 729.1% vs. a gain of only 307.1% in the first half.

Given some signs of trouble early on in his Presidency, will President Trump do as well? His Republican predecessor George W. Bush is one of the few Presidents who actually saw the stock market lower when his term was over in 2008. From 2001 to 2008, the DJI lost 18.6%.

The cycle is not always perfect. The well-known four-year stock market cycle often sees its low occur during the Presidential cycle although they do not necessarily line up. Given we suspect the last four-year cycle low was seen in August 2015 the next one won’t be due (in theory) until 2018–2020 in the latter half of President Trump’s term of office. The question always is, “when does the top come in.” Tops can skew left, center, or right. In March 2017, the market is already 18 months up in the current bull cycle.

The following summarizes the stock market action since 1833.

We went a few steps further with our study from 1949 and besides the stock market, we also looked at GDP growth, debt growth, the debt to GDP ratio, gold, the US$ Dollar Index, and recessions.

Gold was largely held at $35/ounce until Richard Nixon (Republican) ended the Bretton Woods agreement in August 1971, taking the world off the gold standard and setting gold to trade freely. Currencies were set to trade freely or float against the world’s reserve currency the US$ in 1973 following the Smithsonian Agreement. The history of the US$ Index begins then.

So what can we conclude out of all of this? And how will it potentially impact President Trump’s term? Given that there has been no official recession since the Great Recession of 2007–2009, the odds would seem to favor a recession occurring in the next four years. There is no record of three successive Presidential terms with no recessions. Stock markets tend to perform better under Democrat presidents (average 47.2% gain/term for Democrats vs. average 27.1% gain/term for Republicans). With stellar gains in the past two Presidential terms, could bumps be coming to the stock market?

If we were to make a prediction based on the history of the Presidential cycle for President Trump, we would say that the stock markets should underperform while GDP growth should bump along. However, odds favor a recession during the next four years, debt should grow considerably, the US$ Index should fall, and gold should rise. And, the US will be at war somewhere with someone. 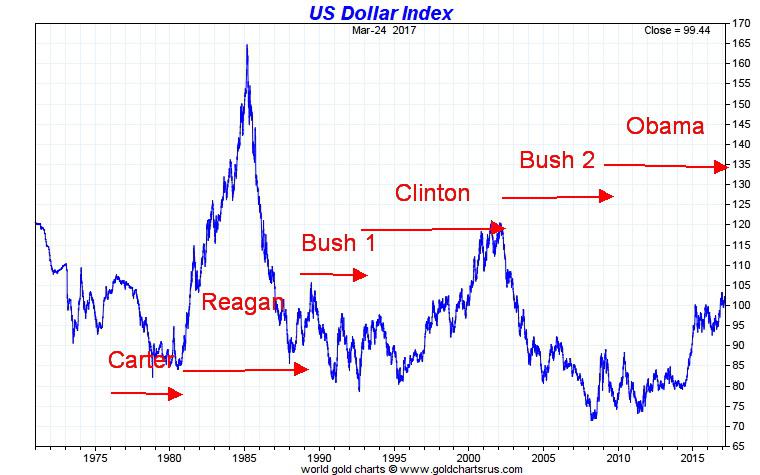