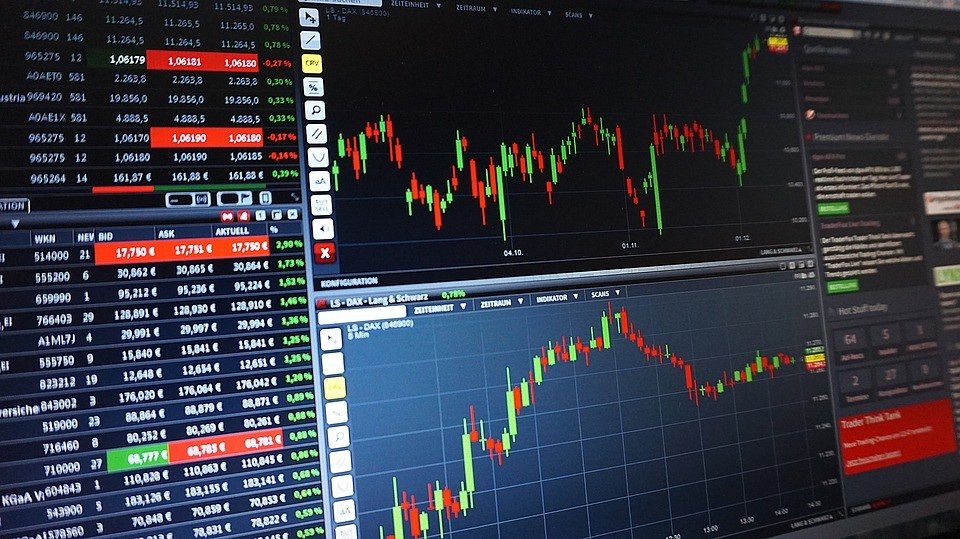 In my previous article, I explained that the dark pools came about out of the necessity for market makers to keep their anonymity so that they can get filled when placing large orders while paying lower commissions. The best traders in the world are able to do this with finesse and agility. This is how Goldman Sachs and Barclays buy and sell millions of shares without moving the market prices. Trades done in the dark pool don’t have to be reported until they are filled in their entirety. This can take up to a few hours. What is disturbing is that we started to spot very late orders that were not reported until the next day. These were huge trades that were hidden from us for up to 24 hours. Coincidentally these orders were filled at market tops and market bottoms. By the time they were reported on the following day, the market had moved several points away from where the prices of these trades were executed. These are what we call late dark pool orders. They are printed far away from where the market is currently trading. Below is an example of what this looks like. 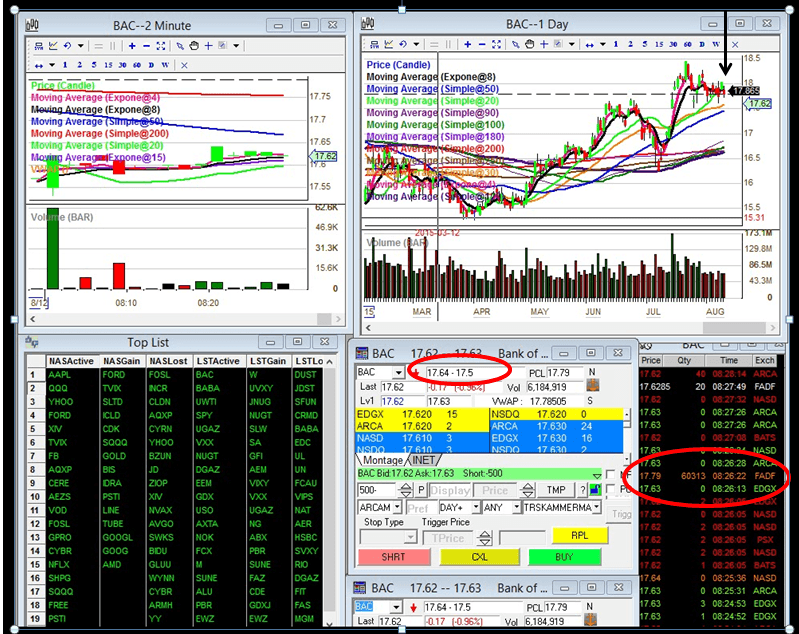 On August 12th, we spotted a late dark pool sell print on BAC, Bank of America. You can see this trade in my time and sales window, circled in red. It’s color coded in orange. 603K shares were sold @ $17.79. Also Circled in red on the level 2 box, you can see the high of the day was only $17.64. This trade was executed .15 higher than where BAC was trading that day. This is how we know it was a late reported trade. Note the exchange on this trade is FADF. That is one of many dark pool exchanges. Your software may have ATTN or ADFN. Those are some other dark pool exchanges. These late sell orders are bearish. This was the first of many late sell orders that we spotted that day as well as many others we spotted in the weeks leading up to this. BAC ended up going down to $14.60 in less than 2 weeks. It’s not every day that I call a correction; in fact, I’ve only called 9 corrections in the past 3 years. I called for one after spotting million and millions of late sell prints coming in across the entire market starting on July 22nd.

Below is a picture of what it looks like when the dark pool is selling the SPY, the S&P500 ETF and hiding their orders, not reporting them until the next day. 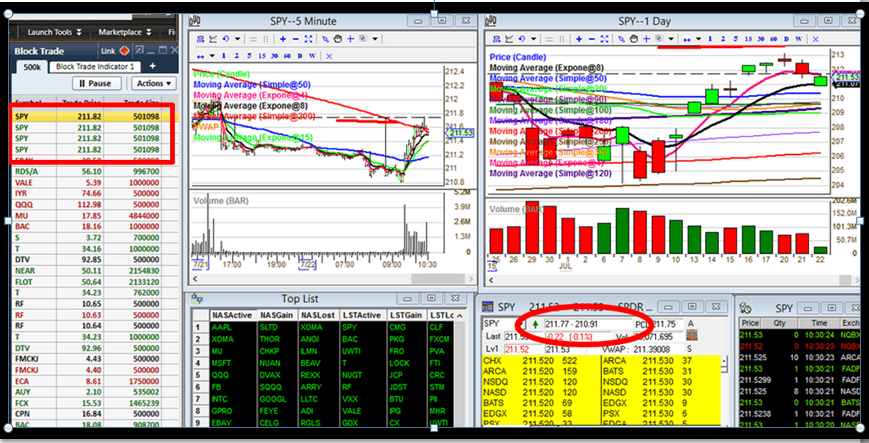 The dark pool is selling the SPY, the S&P500 ETF and hiding orders (Source)

At 10:31 am, we started to see the first of many late sell prints come across the Charles Schwab block trade indicator on the SPY. Just before every correction happens, this is what we have seen. We have also seen late sell orders as well on the IWM, the Russell 2000 ETF and the QQQ the NASDAQ composite ETF. On the left of this picture, I have a red square around the late sell prints on the SPY @ $211.82. Over 2 million shares printed at that price. My block trade indicator gives me every single large order that is done throughout the day. It has dark pool data feed so that we see the entire late buy and sell orders across the whole market. You can see circled in red, the high of the day for the SPY was only $211.77. This tells us that the big guys were selling millions of shares without moving the market down and they were not reporting these trades until the next day. I always thought this was illegal, but after speaking to a desk trader I found out that if Goldman Sachs does an order from their London desk to their New York trading desk, legally they don’t have to report this trade until the next day. That is quite a manipulative loophole but we found a way that we can profit off of it.

It just so happens that I was scheduled to go on a week-long cruise to Alaska this past August 15th. I just knew the market was going to have a big correction while I was gone. I would have jumped overboard if I didn’t have some kind of short trade on. I didn’t want to risk too much being that I was not going to have internet for an entire week aboard the cruise ship. I decided to put on a Hail Mary trade using options. I only put on Hail Mary trades when I see a correction coming. These are far out of the money trades where you bet that the market is going to move a lot. Options are a great way you can protect your portfolio when a downturn is coming. I bought 2 out of the money puts on the SPY. This trade cost me $179 to put on. For me, it was like buying a lottery ticket. I didn’t know if this was going to be the week the market was going to correct but I had peace of mind when I boarded that cruise ship. Below is my Hail Mary Options trade.

My $179 lottery ticket turned into $2,969 in just 11 days. The puts I bought were only .85 but after the market had a flash crash, they were now worth $15.79. The SPY went down from $208 down to $182. I am still kicking myself for only buying 2 contracts, but this trade paid for my entire cruise. This is how we profit off of the dark pool every single day in my live trading room.