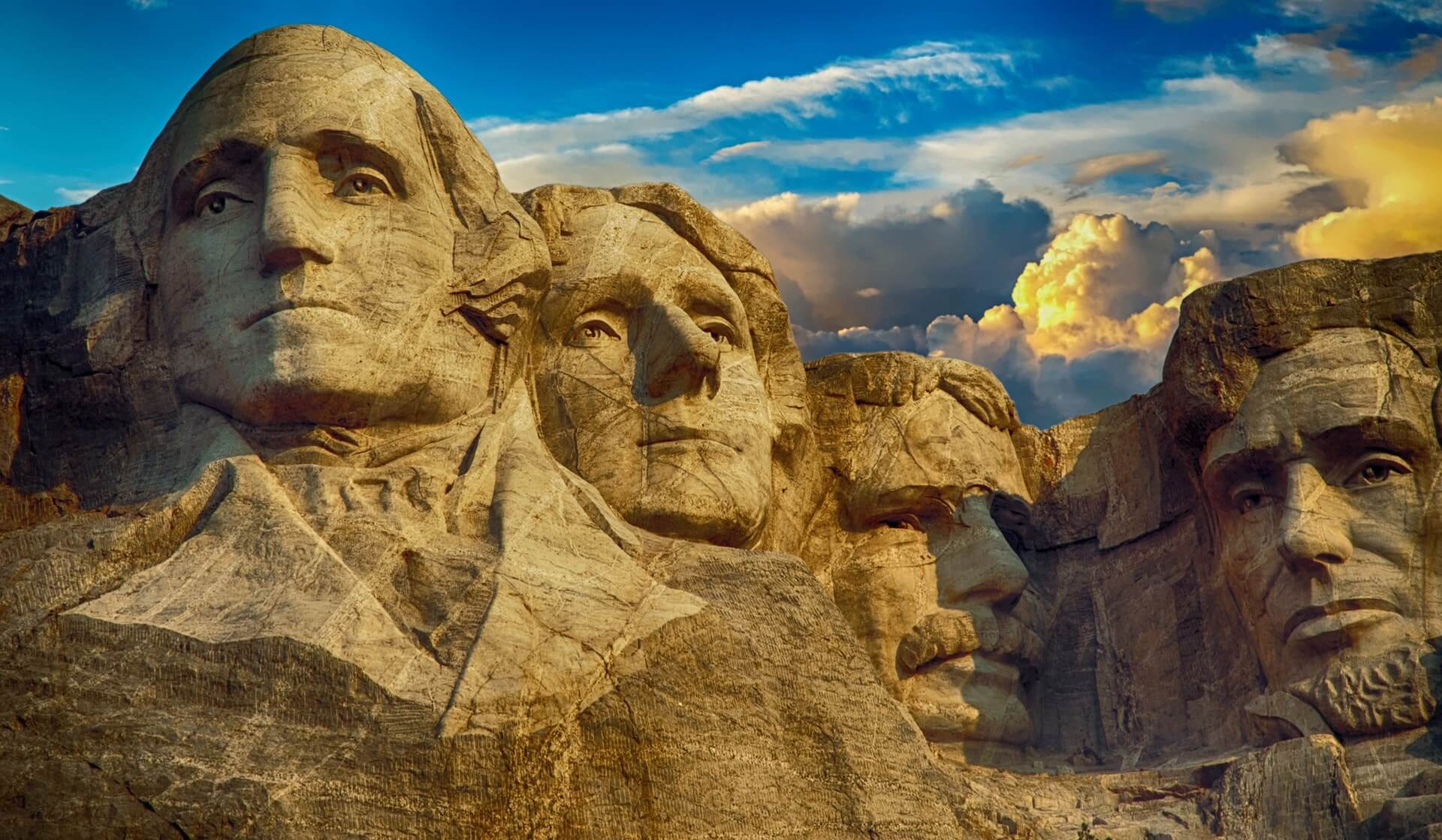 In our November 2016 issue of Boom & Bust, I looked at the extensive Pew Research report on the growing political polarization in the U.S.

It was election time and the country was torn in two.

Well, recently Pew has updated this research and the results show that the polarization is just getting more extreme.

Now the difference between the median Republican and the median Democrat has grown to 36 percent (doubled in just three years), while among the politically engaged, that chasm has grown to around 60 percent.

But why am I telling you this in an investment article?

I’m telling you here because it’s all part of a supercell of cycles rolling over us, and it’s going to not only reshape our economy but how we invest as well.

In my new book Zero Hour, I show that the U.S. is more politically divided than any time since the Civil War.

The Roaring 20s bubble burst and Great Depression saw similar levels of income inequality as we have today, with the top one percent controlling 50 percent of the wealth. But our political polarization was not as extreme back then as it is today—so income inequality is not the main cause of our division (which is why Bernie Sanders wasn’t as successful as Trump).

Instead, today what divides us include concern about jobs and wage losses thanks to foreign and immigrant workers,  taxes, healthcare of which Trump played big time.

Here’s the chart from the recent Pew survey that brings the divisions today into 10 key questions. 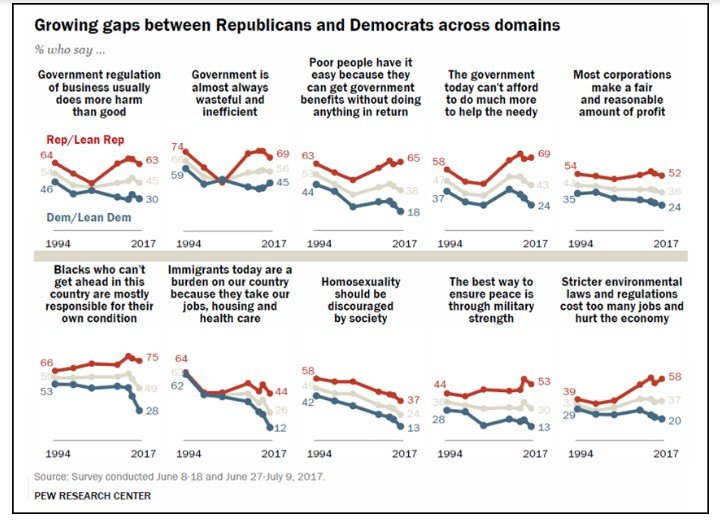 As you can see, the greatest polarization – with a 47 percent difference between republicans and democrats – lies in two points:

1. Poor people have it easy because they can get government benefits without doing anything in return.

Republicans have risen to 65 percent agreement on this statement while Democrats have fallen to 18 percent. The democratic trend down here has been stronger and more recent.

2. Black people who can’t get ahead in this country are mostly responsible for their own condition.

Republicans have risen to a whopping 75 percent agreement on this one, while Democrats have dropped to 28 percent. The democratic drop, again, has been sharper, especially in the last two years, likely due to reactions to Trump’s statements and numerous stories about police brutality against blacks.

There is a 45 percent difference on a similar point: The government today can’t afford to do much more to help the needy. Sixty-nine percent of Republicans agreed with this statement while only 24 percent of Democrats do.

The two points where there’s the least difference and where the chasm has narrowed some are:

1. Homosexuality should be discouraged by society.

2. Most corporations make a fair and reasonable amount of profit.

Fifty-two percent of Republicans agreed with this statement compared to only 24 percent of Democrats. That’s a 28 percent difference.

Then there is the big Trump issue: Immigrants today are a burden on our country because they take our jobs, housing, and healthcare. Forty-four percenRepublicansicans agreed with that statement, but only 12 percent of Democrats did, marking a difference of 32 percent!

I also think the point on the military is telltale. It said: The best way to ensure peace is through military strength. Fifty-three percent of Republicans agreed while only 13 percent of Democrats did, marking a 40 percent difference.

There’s an eleventh question that wasn’t included in the chart: Islam as a religion is more likely to encourage violence among its followers. To that, 65 percent of Republicans agreed while only 27 percent of democrat did. The difference between the two parties has increased from 11 percent in 2002 to 38 percent in 2017!

These wide and growing differences in views, and Trump’s clear tendency to enhance such divisiveness, clearly augurs for some sort of movement to split into a blue and red America. And we’re not the only country seeing such splits.

SEE ALSO  7 Instagram profiles entrepreneurs can turn to for inspiration