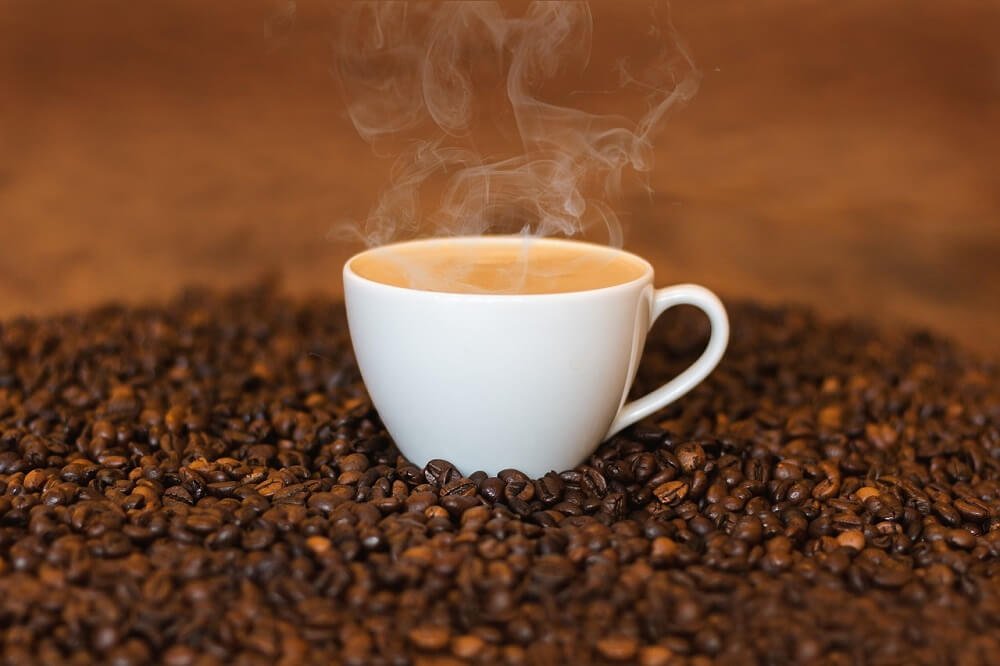 Latest news in the agriculture market: The New York coffee market is important to watch as futures are trying to break down trends that have been in place on the daily charts since last November.

US markets were higher as inclement weather and poor growing conditions continued in the US and in some areas around the world. Minneapolis could not hold early week gains and finished lower for the week on reports of increased producer selling interest in the US and Canada. Futures gapped higher to start the week but spent the last part of the week moving a little lower and traders tried to fill the gap at the end of the week.

Trends are up on the weekly charts in all three markets. The harvest is complete in Texas and Oklahoma, and reports continue to be mixed. Results indicate that the protein levels are not strong in these areas. Yields are lower as well. The Kansas crop harvest is very active. Yield reports were mixed, but protein levels were considered generally satisfactory.

Corn was higher and oats were lower last week. Weather problems and difficult growing conditions continue to support both markets. Trends are up on the daily and weekly charts for corn, and the weekly charts imply that rallies to 403 and 430 basis the nearby contract are possible.

Crop progress remains generally good but is uneven due to the spread out planting seen at the start of the year. Pollination is starting on some fields, but other areas might not move to pollination until the end of the month. Ideas are already that the top edge of yield potential is gone, although the potential for very good production is still very much there. But, the weather must stay good and so far the weather has been variable at best. Variable and potentially stressful conditions are expected to return with hotter temperatures in western areas.

Soybeans and soybean meal were higher last week as hot and dry weather is forecast to move into western production areas from the Great Plains. Parts of Iowa and Minnesota had already been dry and topsoil moisture levels are low, so the hot and dry forecast is coming at a bad time for these areas.

The weather has been very warm to promote growth, but soybeans in many areas remain short and some crops are not canopied yet. Crop ratings are not as high as expected but could show some deterioration in the data that will be released on Monday afternoon. However, USDA might not reflect the more difficult conditions in its supply and demand estimates on Wednesday as it will most likely combine the new planted and harvested area estimates with trend line yields. Demand for US soybeans remains strong, with solid export sales on a weekly basis that run above trade and USDA expectations. The export sales report last week was relatively weak as prices have moved higher now.

Rice closed higher last week and closed at the weekly highs after holding support areas on the charts. The price action suggests that futures prices can continue to move higher. The potential for smaller US crops this year continues to support the move higher. The weather in most growing areas should improve this week on forecasts for warmer and drier conditions in the Delta and Gulf coastal areas. Many parts of the Delta and along the Gulf Coast remain too wet and this weather has affected production potential.

There are ideas that USDA has overestimated planted area in Arkansas. Texas is in good to very good condition. California has good looking crops, but the crops were planted late so top yields are not likely. Crops are in flood in the south and going into the flood in the north. The crop condition improved on a week to week basis but remains slightly behind the conditions of last year.

World vegetable oils markets were mostly higher last week, but soybean oil struggled due to domestic demand developments. EPA announced its proposed annual biofuels mandates, and the mandate for soybean oil based bio fuels was reduced due to what it called domestic market reality. The move by EPA implies that demand can drop for soybean oil in the coming year. Ethanol mandates remained high. The weekly charts for the various vegetable oils markets remain the weakest of all agricultural futures markets.

Cotton was lower and made new lows for the move on the weekly charts. Trends remain down on the charts. It is possible now that the market is in an extended trend lower that could last at least through the rest of the year. However, the current growing conditions are less than favorable in some areas. The growing weather in half of the US is generally good and crop conditions are reported to be good by producers and observers. These areas include parts of Texas, the Delta, and the Southeast.

Warmer temperatures have arrived to support the development and there has been enough rain. Texas and the desert Southwest and into California has seen extreme heat and mostly dry weather and dryland crops are suffering. The US and maybe the world will produce much bigger crops this year, with US crops bigger due as much to increased planted area as yield potential. On the other hand, China has been too dry. Central Asia has been dry, but conditions are rated as good. Overall, the market expects more production in the world against stagnant demand.

FCOJ closed lower last week but remains in a trading range on both the daily and weekly charts. Selling has abated with the Valencia harvest coming to a close. It is hurricane season, and an above average year is expected in the Atlantic. A system is currently in the Atlantic but is expected to remain a tropical depression as it moves west. It would not be a threat to crops if it comes onshore, but the exact course is not certain. The Pacific has also been active. Florida weather has shown improvement as rains continue in the state.

The demand side remains weak and there are plenty of supplies in the US. Brazil has been exporting FCOJ to the US to cover the short Florida crop. Domestic production remains very low due to the greening disease and drought. Trees now are showing the fruit of varying sizes and overall conditions are called good because of the irrigation and the recent rains. Brazil crops remain in mostly good condition.

It was a higher week in New York as that market tried to form what could be an important low. The New York market action is important to watch as futures are trying to break down trends that have been in place on the daily charts since last November. The cash market remains very slow with almost no interest seen from roasters as they see the big US supplies and think that prices will remain cheap. Offers are less and seen at high prices from Robusta countries such as Vietnam. Indonesia and Brazil are also very low on supplies. The Robusta market is still relatively strong compared to Arabica and due to the short supplies available to the market as it works to curb demand through the higher prices.

Futures in both London and New York were higher last week, and both markets now appear ready for a more two-sided trade for the coming weeks. Frequent reports of increased supplies to the market that has pressured prices in the last few weeks, but this could now be part of the price. Production conditions have been better this year in Brazil, and a better harvest is anticipated in the next couple of months as the Sugarcane harvest moves to its peak. UNICA showed a big increase in processing of cane

SEE ALSO  Behind the cameras: 4 NBA players who are into film production

Production in India and Thailand is expected to improve in the coming year as both countries anticipate better monsoons than the failed monsoons of last year. It is raining in parts of India now as the monsoon arrived a few weeks ago, and most Sugarcane areas appear to be getting good rains. India is now ready to increase import tariffs due to the outlook for increased local production. The Indian weather service estimates that the monsoon will be within the normal range. Thailand also hopes for an improved monsoon season this year and is getting rains now.

Futures markets were lower last week and both markets are showing the potential for prices to work lower in the next few weeks. The overall market situation remains generally bearish, although fundamentals could change in the longer term. Harvest activities in West Africa are completed. Ivory Coast said last week that it had already sold more that 1.0 million tons of the next crop. That means that there is less offer in the cash market as much of this cocoa has already been sold. The demand from Europe is reported weak overall, and the North American demand has been weaker. However, chocolate prices are falling in Germany and should be falling in other parts of the world now to help move product and to get the market flowing again as input costs are much lower now.

Dairy markets were higher last week, and longer term trends remain up. However, price action in all three markets was weak at the end. Butter prices have been the strength of the market on reports of very good demand for the next six months and tightening supplies due to hotter weather. Cheese prices have been relatively weak.

US cattle and beef prices were lower and trends in cattle futures remain down. The beef market has been much weaker in the last couple of weeks and has been racing live cattle prices lower. Feedlots are very current with supplies and are pulling cattle ahead in order to take advantage of the high prices. However, ideas are that more supplies are coming as weight per carcass is higher and more cattle is coming to the market.

Pork demand remains stronger than expected, but packers have been pulling back from the market as they sense increasing supplies are coming. Demand also starts to work lower as most of the Summer buying is done. There are big supplies out there for any demand. The charts show that the market could work lower.