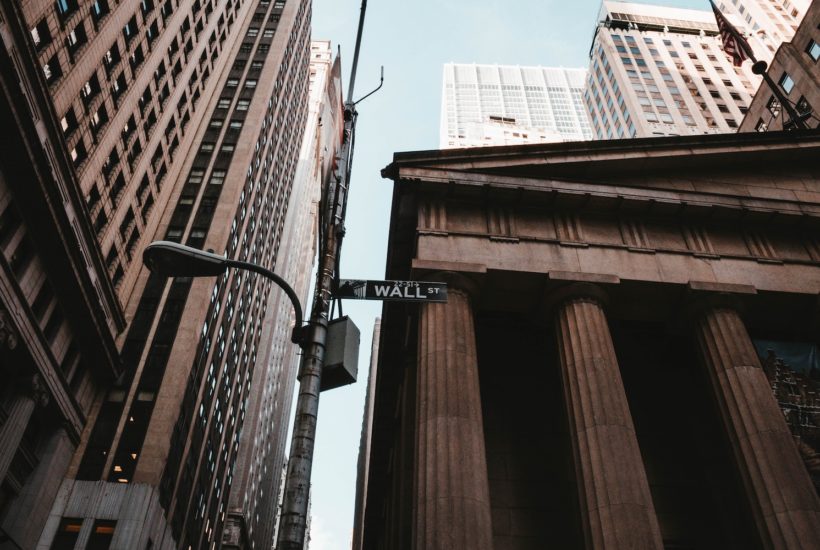 We are all praying for the Wuhan virus to die. But there is something the virus can actually “cure” itself: deflation. I put the word cure in quotes because it’s not an actual issue in reality. Low inflation and disinflation are actually great conditions to enjoy and help an economy thrive. Increasing the purchasing power of consumers is something that should be cherished and targeted goal. Increases in productivity, along with a strong currency, raise your standard of living. In sharp contrast, Central Banks think any rate of inflation that is less than 2% is a deadly economic disease that must be vanquished faster than the Wuhan virus.

Many Austrian economists believed the money printing that occurred during the Great Recession of 2008 would engender massive inflation. That indeed turned out to be the case, but only with asset price inflation. The Fed’s balance sheet expansion left Consumer Price Inflation (CPI) far behind. This is because the Fed bailed out banks, not consumers. Mr. Bernanke printed trillions of new dollars to purchase bad assets from banks’ balance sheets. Thus, it gave banks credit in exchange for those assets; and that base money was primarily parked back at the Federal Reserve. In other words, there was a huge increase in Fed credit but not in loans that would have led to an increase in the broader monetary aggregates—the kind of money supply increase that leads to rising CPI. What money that was lent out arrived directly to Wall Street by the process of banks selling MBS, ABS and other troubles assets and then using that credit to buy more bonds and stocks. The rich got richer and the lower classes were, for the most part, left out in a big way.

However, this current virus-induced depression is being fought by central banks using some different tactics. Of course, the Fed—along with every other central bank in the developed world and beyond—is buying all the same bad assets from banks that existed during the Great Recession. But, this time around it is also purchasing corporate debt issued in the primary market, purchasing corporate bond ETFs, and making new loans directly to corporations and businesses. Most importantly, the Fed is also working directly hand and hand with the Treasury to send 100’s of billions in cash payments directly to consumers–A.KA. Helicopter Money. Therefore, Central banks aren’t just bailing out Wall Street as they did back in 2008; but are now directly increasing the broader monetary aggregates of M1, M2, and M3.

Hence, the Wuhan virus is going to solve the Fed’s inflation deficiencies by paving the way towards its ultimate destiny, which is where all central banks have wanted to end up for a long time, using Helicopter money to send both asset prices and CPI much higher.

Of course, pushing prices higher in the context of a failing economy is no panacea, to say the least. The Depression of 2020 will cause an even larger chasm between stock prices and the economy than what existed prior to the outbreak.

Abetting this stagflation will be the loss of confidence in global central banks to maintain the purchasing power of their paper currencies.

Once central banks abrogate markets and indeed become the market, they can never fully step away. The ECB and BOJ never were able to lift off zero percent interest rates once arriving at that level in the aftermath of the Great Recession, and the BOJ could never even exit QE. The ECB did briefly end QE at the end of 2018 but then had to quickly re-enter that dirty business in September of 2019. The Fed ended QE in October of 2014 and was able to reach 2.5% on FFR. However, by August and September of 2019, it had to begin cutting rates and went back into QE because of the soaring borrowing costs found in the REPO market. Please note that this trip back into QE and towards ZIRP was before the COVID-19 virus existed. What makes anyone think central banks can ever exit the capital and money markets? They cannot.

Shortly before the outbreak, the WSJ reported that 40% of all listed companies had not made any money in the prior 12 months. And, the Bank of International Settlements stated that 12% of corporations in the developed world needed to tap the junk bond market just to pay interest on existing obligations in order to stay afloat. According to the BLS, During the Great Recession the lasted from 12/07-06/09, a total of 19 months in duration, the economy lost 7.3 million jobs. The Wuhan virus that pricked the everything bubble has caused a total of 16.8 million jobs to be lost in just the last 3 weeks. What condition do you think these same Zombie corporations are in now that the global economy has been shut down and borrowing costs for many businesses have spiked some 10 percentage points above where they were pre-crisis?

SEE ALSO  Changing the Internet of Things with blockchain

The truth is Central bank balance sheets can never be unwound and will only grow inexorably from here. Investors need to ignore central bank bluster about returning to normalcy. For example, Jerome Powell predicted that the Fed’s balance sheet would retreat to around $2 trillion by this time. In sharp contrast, the value of Fed assets has skyrocketed to $6 trillion already and is on its way to $10 trillion by year’s end—and then far beyond from there. These money printers can no longer pretend this is only a temporary expansion of the money supply that can be quickly and permanently reversed. That game is over and with it should terminate the confidence in fiat paper currencies to hold value.

Hence, double-digit CPI and intractable stagflation is on the way. This will lead to the real crash; an inflationary and insolvency implosion of the bond market where there is nothing governments can do to mitigate the crisis. For, if they stop printing money the record amount of debt outstanding crashes in price from the thermosphere due to the exit of its primary buyer. Or, central banks can continue to print yet more money in an attempt to keep soaring interest rates under control. But, creating more inflation will only cause the private market to push the sell button faster as short sellers pile on top of plunging fixed income prices and skyrocketing yields. The Wuhan virus has simply hit the FF button on when this pernicious crisis appears, but it was surely on its way regardless. Prepare now while you still have some time left before the real crash begins.