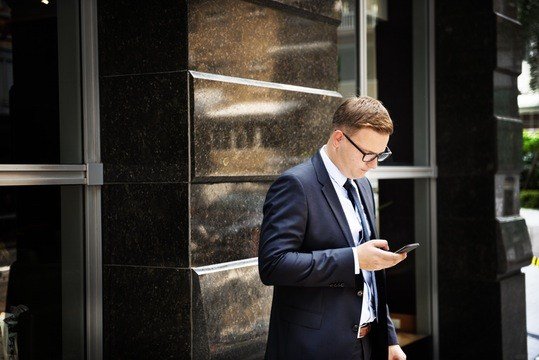 Investing in rental homes is a smart way to save up for retirement and secure regular cash flows, even before you are 40.

I very rarely smoke cigars anymore, but one of the benefits – I would go so far as to call it a health benefit – is that smoking a cigar forces you to sit still and relax for a good 45 minutes. It’s a good way to catch up with someone you haven’t seen in a while.

As we lit up and got settled in, David had some interesting news for me.

“I think this might be my last year,” he said from across the table, smoke wafting into the air. “Things are going well at the office. In fact, I just got a promotion. But it’s wearing me out, and I want to spend more time with my family while I’m still young enough to enjoy it.”

Now, I’ve had plenty of conversations like these with colleagues over the years, and it’s perfectly normal. Except for one thing: David is only 39 years old.

My friend will retire later this year at the ripe old age of 40.

And no, he didn’t win the lottery, he’s not a Silicon Valley millionaire, and he’s not a trust fund baby. Far from it. In fact, in addition to his three kids, David financially supports his elderly parents.

I set my Shiner Bock down and shook his hand. I was genuinely proud of the guy.

So, how did David do it? How did a guy with a modest background put himself in position to leave the rat race for good?

It helped, of course, that he and his wife are both college educated and have consistently had high-paying jobs. Though I’ve never asked, I estimate that each of them earns a healthy six-figure salary.

But then, so do most Dallas yuppies, yet I don’t know any others retiring at 40.

David and his wife also both live a modest lifestyle, though not by any means what I would consider spartan. They have a nice 3,500-square-foot home in an affluent north Dallas suburb, but they bought it for a song as a fixer-upper. They’ve made plenty of upgrades over the years, but they were always cost conscious about it. And both of them drive older cars that they originally bought used.

They also always managed to avoid exorbitant daycare costs by relying on family for support. That easily saved them many thousands of dollars per year. And rather than eat and drink in ritzy bars and restaurants, they’ve always been more likely to grill steaks in their backyard and enjoy a bottle of wine at home with friends.

So, that’s great. They make decent money and live below their means.

Anyone who read The Millionaire Next Door could tell you that, given enough time, saving and investing your money will eventually get you a decent-sized next egg. But that’s the slow road that generally doesn’t pay off until you’re in your 60s or 70s.

So… what was David’s secret?

It’s twofold. First, he was willing to take a modest amount of risk when the odds were in his favor, and second, he created durable income streams that will continue whether he goes to the office or sits at home in his bathrobe.

After the 2008 meltdown, David used his savings to buy rental houses at rock-bottom prices. The low prices kept his mortgage balances small and allowed him to pay them down a lot quicker. Today, they’re now all paid off, so every dollar he collects in rent is effectively pure profit, after allowing for taxes and a minor maintenance.

The cash flows from his rental properties are now sufficient to meet his living expenses indefinitely. Home prices could go up, down or sideways and it wouldn’t really matter for his bottom line.

Now, let me be clear on something, I am distinctly not recommending that you run out and buy a portfolio of rental houses. Prices are up in most markets, and yields are down. David himself has no interest in adding to his rental portfolio at today’s prices.

But while I’m not recommending his asset class of choice, I would recommend that you take the same basic approach when evaluating your own investments. Look for something with decent upside potential but little in the way of downside. And focus on assets that throw off a consistent stream of income.