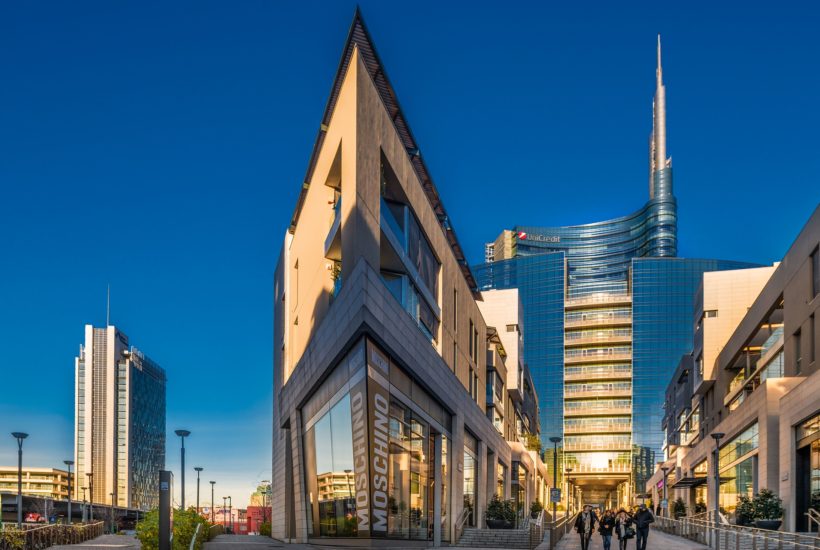 Banks operating in Italy can count on a blockchain for mutual account reporting. Spunta Banca DLT, the fintech project promoted by Abi and coordinated by Abi Lab, has in fact successfully completed the technical tests and is in production for the first section of banks participating in the initiative.

Read more information about the banks in Italy and their shift towards blockchain technology, and find out the most interesting financial headlines from around the world with the Born2Invest mobile app.

Abi’s blockchain is currently in production

At the moment, 32 banks operate on a blockchain and have moved the entire process from a traditional way of exchanging phone calls and messages to a technology based on distributed logs. The application of a blockchain for the banking world in Italy is therefore operational, Abi explained in a statement.

After the simulations and 1,680 operational checks, between the end of January and the beginning of February in terms of performance, it emerged that all target times were achieved. Since the beginning of March the process has been operational. Data querying and the simplest operations are carried out in less than a second, even in the most complex cases, while reports are generated in half a minute. During the test, 103 reciprocal accounts, bilateral registers, were generated, fed with 7 million movements in terms of real data. The automatic matching rate recorded was 94.5%.

On the basis of these satisfactory results the pilot bank table that governs the project agreed to go into production as planned.

Meanwhile, the 23 banks that will operate in the second migration window are at work. This grouping will go into production in May 2020. The third window is already scheduled for October.

The partners of Abi’s blockchain project

The project promoted by Abi, coordinated by Abi Lab – the Research and Innovation Center for Banking promoted by the Italian Banking Association, for the application of a blockchain to interbank processes, sees the commitment of the technical partners Ntt Data and Sia, as well as R3 with the Corda Enterprise platform.

The updating of the agreement for the maintenance of reciprocal accounts between banks, explained the banking association, has made it possible for the entire sector to adopt the new arrangements from March onwards. As previously mentioned, two more migration windows are planned in May and October.

The new application verifies the correspondence of activities involving two different banks. The interbank check procedure for Italy is linked to an operation traditionally carried out by the back office, aimed at reconciling the flows of transactions that generate accounting entries in Italy’s reciprocal accounts and managing the suspended accounts. Until now, the check has been based on bilateral registers, with a low level of standardization and non-advanced operating modes.

The application of a blockchain-based process in the sense of Distributed Ledger Technology (DLT) to the interbank check Italy allows to automatically detect mismatched transactions on the basis of a shared algorithm. It also makes possible the standardization of the process and the single communication channel and allows to have a complete view on the transactions between the parties involved.

The principles of the new Spunta consequently provide for full visibility of own and counterparty movements; rapidity in managing flows with reconciliation on a daily rather than monthly basis; sharing of the rules for tallying movements symmetrically between counterparty banks; and integrated management of communications and processes in case of imbalance.

The blockchain, also intended as distributed register technology (Dlt), allows a large database to be shared and distributed on several nodes, i.e. on several machines connected to each other. This makes it possible to think and design in different forms the way the participants relate and exchange.

With the project Spunta Banca DLT, the Italian Banking Association aims to bring the blockchain concretely into the Italian banking world, through an infrastructure for banks operating in Italy that in the future will also be able to host other applications. With the Spunta blockchain, banks have a way for possible future developments.

The Italian banking sector is an important player in the panorama of blockchain and therefore of innovation.

The pilot banks involved in the blockchain project

18 banks/banking groups work and govern the project, representing 78% of the banking world in terms of the number of employees. They have so far actively participated in the choices, implementation, and testing of the new distributed technology.

The project activities involved a community, coordinated by Abi Lab, of more than 150 representatives of the pilot banks, from tick operators to management, as well as the development team, made up of Sia, Ntt Data, and R3 partners, composed of more than 80 people.

(Featured image by fototommy via Pixabay)

First published in FinanzaReport.it, a third-party contributor translated and adapted the article from the original. In case of discrepancy, the original will prevail.