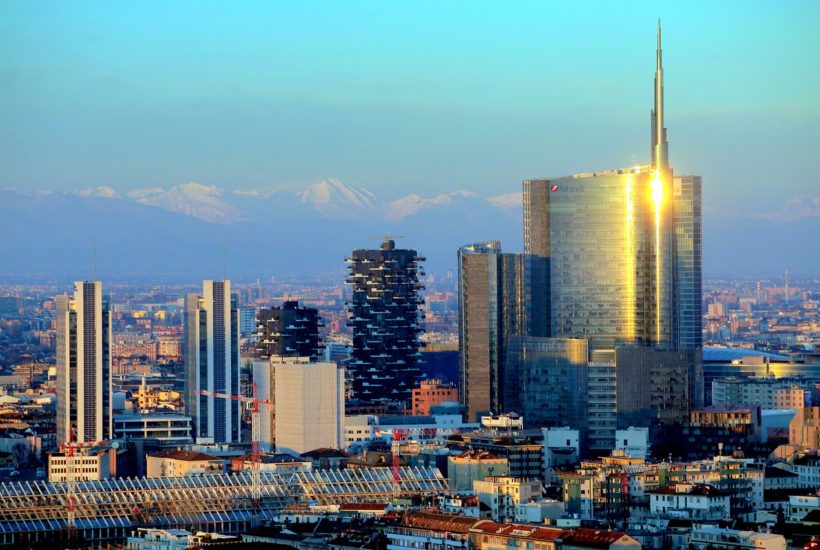 Italy Crowd, a real estate crowdfunding portal, has launched its first project with the formula of the bridge loan, in which the proponent of the initiative has already obtained a guarantee, from a third party, to return a certain amount: this makes the project low risk, creating a kind of security for investors that they have never had before. This was said by CEO and founder Augusto Vecchi in an exclusive interview with BeBeez and CrowdfundingBuzz.

The bridging loan debuted in the campaign for the real estate project of the corporate headquarters of Apuana SB in Carrara, which to date has collected 109 thousand euros, overfunding 360% of the minimum collection goal (30 thousand euros). Apuana SB srl benefit company has also obtained from POR FESR Toscana (Tuscany Investment Fund – investment aid) a contribution of over 98 thousand euros for the project, on a total investment of 197 thousand euros. The warehouse of 240 square meters, already owned by the company, is located in Via Provinciale Carrara Avenza 109 in Carrara. It will become the operational headquarters of Apuana SB after a total intervention, which includes: the adaptation of the structure and the masonry works; the energy efficiency; the adaptation of the plants.
Apuana SB srl is a benefit company: this does not mean that it is non-profit but, in addition to the exercise of economic activity (with normal division of profits), pursues one or more purposes of common benefit and operates in a responsible, sustainable and transparent towards people, community, environment, and cultural and social activities. The activities of Apuana SB, are realized in a series of services to protect the made in Italy and intellectual property, specifically: coordination of production, marketing of technological products and services; development of a public/private ecosystem managed by innovative technologies such as blockchain.

At the same time, the Casale a Stanghella collection in Padua is underway on Italy Crowd, which has reached 330% of its goal. In the meantime, Italy Crowd is repaying principal plus interest accrued to investors in the Rome: Colle Romito project, which has yielded some of them a Roi of 13% in just 11 months. Previously, Italy Crowd has also completed repayment of principal plus accrued interest of two other real estate projects: Milan: Fashion District and La Spezia: Vista sul Golfo.

“Unlike our competitors, who propose projects mostly concentrated in certain areas, we select initiatives in the most beautiful and well-known locations in Italy. We also give our users the opportunity to invest with extreme peace of mind, no rush to click at the opening of the round, but the serenity to consult all the documents, study them consciously and then invest with serenity and transparency,” said Vecchi.

Find more about Italy Crowd and the bridging loan formula and read the latest business headlines with the Born2Invest mobile app.

Italy Crowd was founded back in 2015

Italy Crowd was launched in Italy on January 12, 2015, importing a business model authorized in Switzerland. Vecchi, in fact, after a trip to the U.S. in 2010, realized that crowdfunding was becoming very relevant to the search for capital, so he began to study a system to develop real estate crowdfunding. In 2014, he launched Swiss Crowd, the first real estate crowdfunding platform in Switzerland, with Italian software, which he then exported to our country the following year.

At the time, crowdfunding was not yet regulated, so Italy Crowd was born with a hybrid business model, where the collection was done on a maximum of 20 investors. Last August, Italy Crowd aligned itself with current crowdfunding regulations, becoming a payment agent for the payment institution Lemonway. Also in 2020, the portal launched the first blockchain-native real estate lending crowdfunding platform in Europe. The founding partners of Italy Crowd are Augusto Vecchi, Luana Leonini (majority partner), Andrea Gianninoni, Simone Mannelli, Paolo Siligoni (CEO of Swiss Crowd).

More generally, Italy Crowd aims at the implementation of the real estate ecosystem, including builders, real estate agents, IT companies, groups of lenders, to which the lending crowdfunding portal offers the opportunity to build, renovate and raise capital. Moreover, last June, Stefano Sardelli joined its technical board. Born in 1959, with a degree in Economic and Banking Sciences, Sardelli has always worked in the finance area of various intermediaries. From 2004 to March 2020 he was general manager of Invest Banca. In 2016 he received the National Award for Innovation from the President of the Republic. Always active on the topics of fintech, innovation and digital disruption, Sardelli is also co-head of the fintech & digitalization commission of AssiomForex.

Last November, K2 Capital, a Ligurian fintech that allows companies to tokenize their assets through blockchain technology, launched the first utility tokens in the real estate sector in Italy. The tokens were from K2 Capital on behalf of Italy Crowd. The news was expected: last June Vecchi had in fact anticipated on these columns the imminent launch of the tokenization of real estate.

(Featured image by gianninalin via Pixabay)