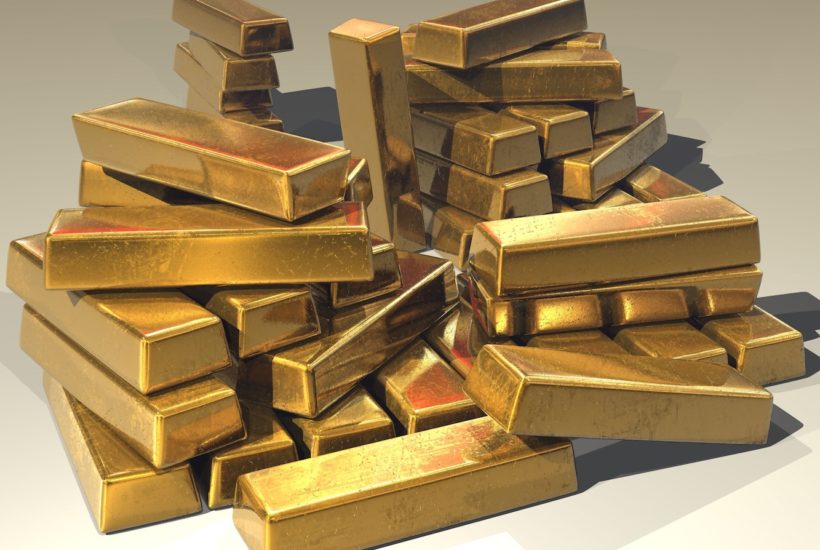 Gold prices are up for the year and so are the Junior Gold Miners but for the past 4-5 months they have been lagging. Gold has appreciated 18% YTD primarily on the heels of trade war tensions with which checks the political uncertainty box. They have also been recently rising on an increase in short term volatility. Despite the increase in the price of gold some junior miners have not participated in the rally and have become quite undervalued.

There are 3 primary data points to look at when evaluating a junior mining company. The most important factor is the measured and indicated reserves known as proven and probable reserves. These reserves are calculated by a geologist and approximate the number of ounces that could be recovered if mining operations commenced. The next factor investors want to consider is the longevity of the project after they mine out the proven reserves. This is essentially the estimated or inferred reserves that the geologist can reasonably estimate from the core samples and geology. The final element is the quality of the ore. The higher the quality of ore, the less risk that the mine will be shut down due to low commodity pricing. This is why it’s essential to look at the grade of the ore and the cost of extraction when evaluating the risk. Placer deposits typically enjoy the lowest cost of gold production and can weather any commodity cycle and therefore have the lowest risk profile.

Planned CAPEX plays a major role in evaluating the potential dilutive impact to the stock price. A very high CAPEX means that a lot of money will need to be raised in the future to get the mine operational. A low CAPEX traditionally means that it will take less fundraising to get the mine operational. There are instances however when a low CAPEX is not good. For example, if the company isn’t investing in technology to extract the metal more efficiently, then that could pose a risk to the company. The highest CAPEX project among the junior miners is the Livengood project. That mine will usurp a large amount of funding even though the project contains massive reserves. The other drag on the Livengood project is the relatively low quality of the ore. In contrast to the Livengood project the Osceola project has virtually no CAPEX risk and is essentially operational. The Osceola project also enjoys the benefit of a high quality ore making it one of safest projects to invest in because the risk of dilution is so minimal.

SEE ALSO  EPP Group re-elects Manfred Weber as Chairman and 10 Vice-Chairs, half of them women

One way to evaluate the miners is to normalize their market cap with respect to the size of their reserves. This ratio in effect reveals if the miner is either undervalued or overvalued. The glaring standout on the Gold Miners valuation chart is the Fruta del Norte mine which appears to be grossly overvalued but adjustments must be made due to its high quality of ore. Only OSCI contains a higher level of ore than the Fruta del Norte mine. By all measures the Osceola mine is the most undervalued property in the sector. Investors need to be wary of using this ratio without remembering to factor in the quality of the ore. The Toroparu mine might look like a steal because it has great reserves and the market cap is low in comparison but that the mines ore grade is low and the mining plan involves a huge capital expense which is likely to result in dilution.

A geological report revealed that sizable gold content exits and gold production in this area could be traced back to 1875. This production continued on an off until 1975.  Just 12 miles down the road at a claim called dry gulch a miner found a 24 pound nugget which would be worth over $400,000 today.  Adjusting the Skookum Geological Report from 2010 into the current gold price investors can extrapolate the revised value of the reserves. In addition recent mining revealed the stratigraphy from the MAV #5-H claim contains gold from the surface to the bedrock. The reports also indicates that the average yield in the Solomon#3 was over double the other claims. The claims can be broken up into 3 districts, the Mary Canyon, MAV 5, and the Solomon claims.

The formal study done by the Skookum Geological Report was taken and readjusted to $1400 gold price in the graphic above and uncovered a high probability of gold that measures $1.68 billion. The overburden is estimated at just 10 – 30 feet before the paydirt is uncovered making this a simple earthmoving project. Even though there is no feasibility study, the technical mining plan is clear and straightforward. The satellite photos clearly define the placer channels and the alluvial fan. The company will scoop up the pay dirt in these channels process it through the washplant and recover the gold. The gold being recovered is close to 20 karat quality and through improved mining methods up to 90% of the gold can be recovered. With a current production capacity of only 100 tons per hour and assuming non-stop production, it would take approximately 32 years to go through just the Mary Canyon region. Based on this pace it’s reasonable to assume the company will quickly ramp up production to expand operations saving investors from a costly round of dilution.

SEE ALSO  Suffering from the lingering effects of battered-bull syndrome

Picking the Junior mining stocks that are most likely to succeed requires a lot of homework and due diligence. The reason most investors flock to gold is because it’s a safety trade. They want a store of wealth that they can fall back on in either good time or bad. Looking at the most undervalued properties in the sector is the safest trade. Looking at the mines that have the highest quality of gold is also the safest strategy. When you have both the highest quality grade of ore and the best value then you have uncovered the gold nugget of the Junior Miners. OSCI currently has a $12 million market capitalization with about $1.68 billion + of alluvial gold waiting to be mined. It’s a very low float so investors should be cautious when buying. The catalyst of expected production could boost the stock price well over $.50 and still be undervalued. It’s likely that production could start in the near future and could run close to 2000 grams per month which represents $90,000 per month at a yield of 7.5 g/t.

Mike is a US Air Force Academy graduate and pilot. He has a Bachelor’s of Science in Economics and flew KC-135 tankers and worked as a budget officer in the comptroller’s squadron. He worked for Dean Witter and National Securities as a broker and eventually research analyst. After the brokerage industry, he was a business development officer for a variety of specialty finance companies that did factoring and purchase order financing. He is currently a consultant in an Investor Relations firm and works as a contract CFO for various public companies. Mike is a blog commenter and author at Seeking Alpha and Streetwise Reports.