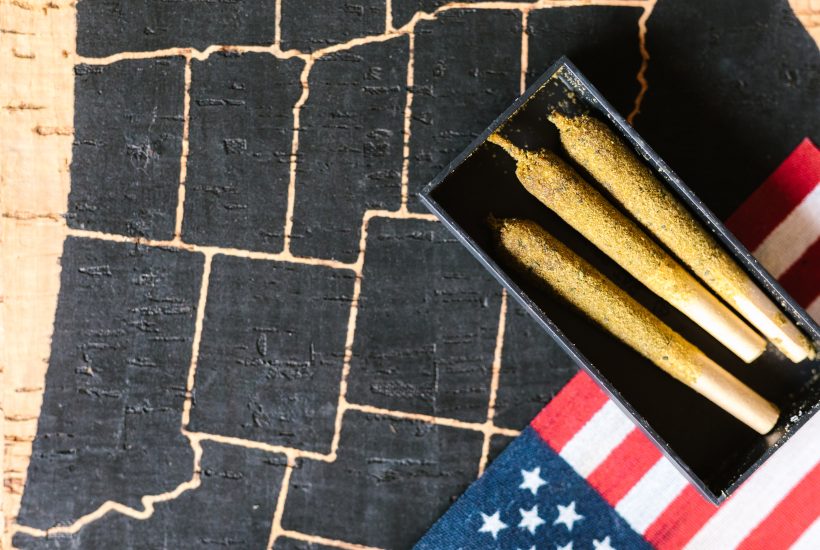 Broken down by month, the state collected a fairly stable amount of sales, with the highest at $132.4 million in July and $130.8 million in August, and the lowest at $110.1 million in February and only $73 million in December (as of the close of registration on December 18th, these sales figures are lower).

Sales were particularly strong in the final week before December 25th. On December 12th, sales reached $3.2 million, reached $5.1 million on Saturday, December 17th, and dropped to $4 million on December 18th. During that week, consumers mainly bought flowers, at a total of more than $11 million, followed by vaporization-related products at $6 million, and pre-rolls and groceries almost equally, at around $4 million.

The state of Massachusetts legalized adult-use cannabis in November 2018, and since then the state has collected $3.9 billion from total marijuana sales. It reached $1 billion in October 2020, followed by $2 billion in July 2021 and $3 billion in May 2022.

Read more about the medical cannabis market in Massachusetts and find the latest cannabis news of the day with the Hemp.im mobile app.

Sales of cannabis for medical purposes in Massachusetts

Medical cannabis sales in 2022 reached $260.2 million during the same period. However, a gradual decline is being observed after the highest months for medical cannabis sales in March and April, when supply reached $24.7 million and $24.4 million, respectively. The Massachusetts Cannabis Control Commissions chart generally shows a decline in sales from April peaks to $20.6 million in November and ultimately $12.1 million in December.

SEE ALSO  Is it time for the Swiss watch to get smart?

Over the past four years, since adult-use cannabis sales began in Massachusetts, the price of cannabis flower has fallen. With a few exceptions in March, April, and May 2020 due to the pandemic. The average price per gram of flower remained around $14 until June 2021. From then on, the price per gram continued to fall each month, reaching $7.76 per gram in November 2021 and rising slightly to $8.07 in December 2022.

A growing amount of hemp crops in Massachusetts

In terms of the number of hemp plants harvested from legal crops this:

According to Boston.com, Brandon Pollock, CEO of Theory Wellness, said the completion of a number of cannabis cultivation facilities over the past year has contributed to an imbalance in supply and demand.

“The last 12 months have been pretty drastic. I would say that in the wholesale market, prices can drop by about 50% in one year, which is particularly difficult for people who are just growing,” Pollock told Boston.com.

Joseph Lekach, Apothca’s CEO, also explained that this imbalance has been present for some time.

“However, many producers and growers will cut costs wherever they can just to stay alive. They will have inferior products. It’s a double-edged sword,” Lekach told Boston.com

Lekach also estimated that based on this current trend, many cannabis companies will disappear from the market by next year. “We have no idea where the hole will be. I think a lot of companies will suffer because of it,” – Lekach said. “I think many companies will probably go bankrupt next year and by 2024.”

SEE ALSO  Is controlling Facebook effective in shutting dissidents down?

(Featured image by RODNAEProductions via Pexels)