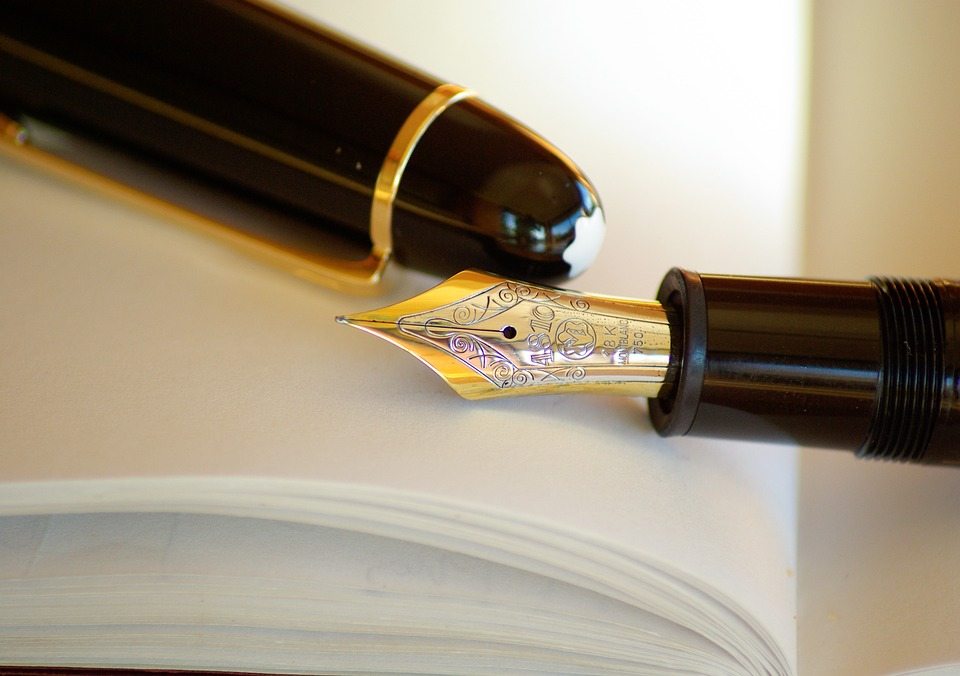 The explosion of technology in the form of laptops, smartphones, and tablets make pens almost a foreign thing these days. In an age of laptops and tablets, it seems that there is no use for pens, let alone luxury pens.

This misconception couldn’t be more wrong. In fact, the demand for luxury pens has been growing, making them scarcer and pushing their prices higher. Giving rise to this renaissance are younger collectors who are buying luxury writing instruments for the emotional satisfaction they bring.

“A healthy number of younger collectors have entered the fold, perhaps seeking a more tactile, individual and authentic connection to the physical act of writing than is afforded by electronic devices,” Ivan Briggs, director of fine writing instruments at Bonhams, told the BBC.

Because of a rising demand for expensive pens, people are looking at writing instruments as a form of investment. Luxury pens expert, John Windsor, calls this era the “third big surge” of fountain pens. Windsor recalls that fountain pens grew extremely popular in the 1920s when pen makers developed colored plastics.

Luxury pens had a comeback in the eighties, when “power accessories” became popular all over the world. Now, fountain pens are collectible items that can be good investments. Many people make money from buying and selling these old school writing tools.

How do luxury pens appreciate in value?

Buyers look for history and rarity when looking to invest in pens. Just like any other collectibles, prices for luxury pens shoot up when the supply is low. Limited edition items that were created during the golden age of fountain pens fetch high prices in auctions. 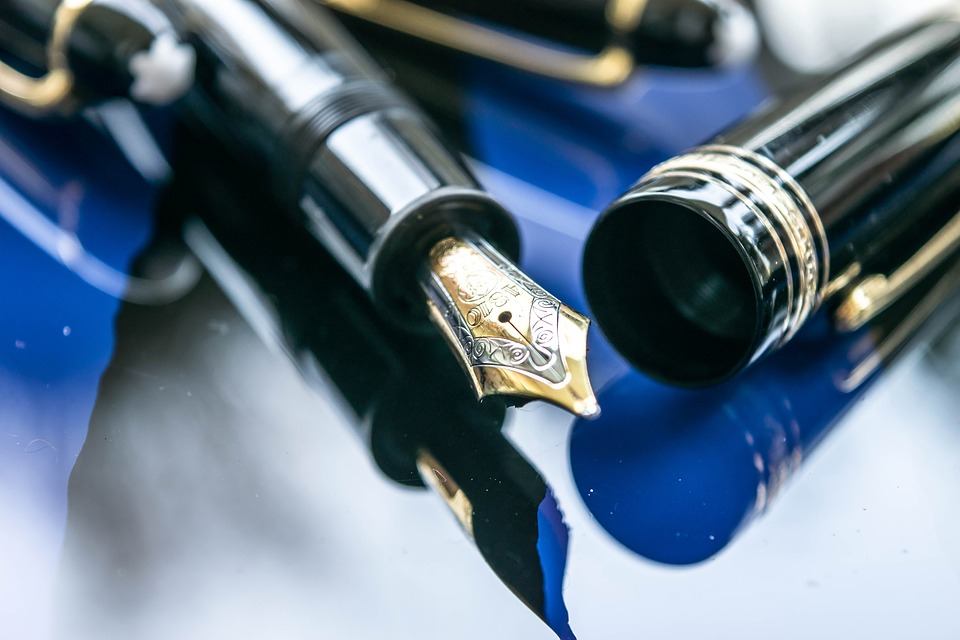 Montblanc is one of the leading brands in luxury pens. (Source)

For instance, in 1992, Montblanc manufactured 20,000 pieces of its “Hemingway” pens as part of its yearly “Writers’ series” luxury pens, with each piece retailing at $574. Now, these pens are worth $2,990 because of the limited number of this model. Another example of a pen appreciating in value is Montblanc’s 1992 first limited edition Lorenzo de Medici that was initially sold for $1,285. Only 4,810 pieces were made. The limited number helped increase its value to $4,535 in just five years after its release. A Bonhams auction sold one Lorenzo de Medici pen for $ 8,540.

Investors who are looking for quick ways to multiply their wealth shouldn’t get into the fountain pen business. Like art investing, investing in fountain pens take time and a lot of patience. Fountain pens usually double their value only within three to five years. Some will continue to appreciate in value after that given time. A fountain pen bought for $1,500 can be worth $5,000 within 5 years and its value will plateau after the initial increase.

What to look for in luxury pens

Investors have to note that just because a pen is expensive, doesn’t mean that it can appreciate in value. That’s because the history, scarcity, materials used to make the pan and its brand are the factors that boost the value of luxury pens.

That said, investors can surely depend on brands such as Pelikan, Dunhill-Namiki, Parker, Montblanc, Caran D’Ache, and Montegrappa. Most of these brands have been around for more than a century. That means some of the pens from these brands can be antique pieces. Pens created during the golden age of fountain pens (between 1920 and 1930) get high prices in auctions. This is mainly because some of these pens were cast from precious metals.

Pen dealer, Simon Gray, from Battersea Pen Home, said the pen’s design also add to its value. “The ones that increase in value usually have some special design, are the first in the series, or come from a sought-after name,” Gray explained in a report by The Independent. 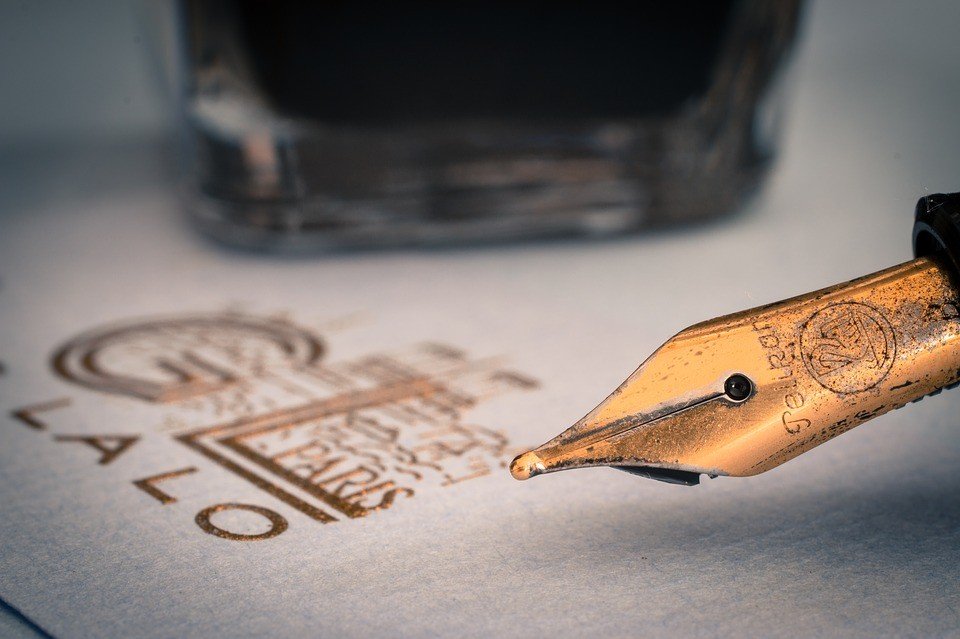 Certain brands of luxury pens endure even after a century or two. (Source)

Where to exercise cautiousness

Online marketplaces like eBay give broader choices and cheaper selling prices for buyers; however, experts warn investors that there is an abundance of counterfeit items on the web. Meeting a dealer face-to-face is still the best practice when purchasing luxury pens, at least according to fountain pen collector Jeremy Collingridge.

SEE ALSO  What’s up with the bull market?

“Serious collectors should consider negotiating face to face with the seller, having ensured that the item is of the correct quality. A specialist fair remains the best environment for the bulk of purchases,” said Coolingridge to The Guardian.

Vintage pens don’t only carry a unique charm in them, but they are also the best types of pen to invest in. In a separate report by BBC, Coolingridge explains that counterfeiters don’t manufacture vintage pens because of the intricacy involved in making them. “Vintage pens are much more difficult to fake because wear cannot be reproduced and the returns for the counterfeiter are generally not so great,” said Coolingride.

Is it wise to invest on pens?

Generally speaking, luxury pens can be powerful investments as long as your portfolio has more than two or three high-value items. As any savvy investor would say, it’s wise to balance your portfolio with several key items rather than putting all your eggs in one basket.