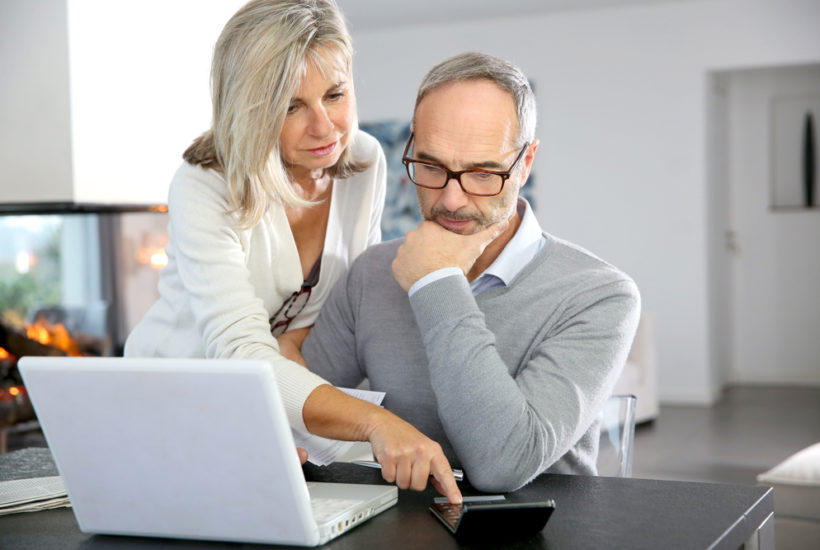 I find myself thinking more about retirement.

I don’t want to trade my daily routine for the cruise ship, but I’m developing a laser focus on generating more income that I can put away for later use — which explains my latest business foray into the golf cart rental business.

The venture is turning a profit after a couple of months, and our biggest battle right now is with mother nature. What I would give for a sunny weekend on the Texas coast!

But I face bigger hurdles in my efforts to generate cash than just the weather: the Fed and the tax man. And the two intersect in a very unlikely place: pensions.

Oh to live in Oregon

University of Oregon football coach and athletic director Mike Bellotti sums up the issue nicely. He doesn’t expound on financial topics or pick apart Fed policy. But he does collect $46,583.00 in retirement benefits — every single month.

Bellotti’s an outlier, of course, but he’s not alone. Joseph Robertson, the retired head of Oregon Health & Science University, pockets $76,111 in pension benefits each month.

Apparently, to succeed in retirement we should all work in higher education in Oregon.

But the system can only pay the benefits as long as there’s money in the kitty. And that’s the rub.

The Oregon public employees retirement system has about 69 percent of what it needs to pay what it owes. And the numbers are getting worse. Every year, the system adds on more future retirement benefits that must be paid, without adding enough assets through contributions and market gains to cover those liabilities.

To make it worse, the benefits are contractual obligations between retirees and the state. They must be paid no matter what. When there’s not enough money to foot the bill, they’ll turn to taxpayers to make up the difference.

The yawning gap between what they have and what they owe isn’t unique to Oregon. At 69 percent funded, their program is about average. Illinois, Kentucky, New Jersey, and Connecticut are at the bottom of the pile, going bankrupt quickly. All the programs fell to such depths the same way. They promised too much and earn too little. One issue falls squarely on politicians; the other on the Fed.

SEE ALSO  These cities have the most fake hotel reviews

When public employees negotiate for benefits, they don’t go to the person with the checkbook, the taxpayer. They go to the representative, the politician.

But the elected official has competing motives. He wants to keep the wheels of government rolling, but he also wants to get re-elected. And since the money doesn’t quite come out of his pocket, why not give a little more?

As for making annual contributions, that falls to state officials, who consistently underfund their pensions while prioritizing other spending. They kick the can down the road.

The reality of the situation

And then there are market returns. Pension managers are — or at least should be — a cautious bunch. They tend to hold a fair mix of stocks and bonds. But interest rates have been closer to zero than anything else for a decade, which has dramatically curbed what pension funds and anyone else can earn on a fixed income.

The blame for this falls squarely on the Fed, and they know it.

During a press conference in 2010, then-Fed Chair Ben Bernanke was asked about savers who were hurt by exceptionally low-interest rates. He responded that yes, they did earn less on their fixed-income investments, but they also benefited from an overall healthier economy fed by low rates.

Tell that to pension funds, and to states that are going broke because of them.

In Barron’s last week, Jim Grant estimated that the Fed has essentially shorted savers by hundreds of billions of dollars by holding rates artificially low. Pension funds are part of the group. I think he’s being generous. I made that same argument and calculation in the August 2014 Boom & Bust, and I determined the Fed shorted savers and bond investors by $1.65 trillion.

Every day that goes by means we’re one day closer to the time of reckoning; a time when states, which are obligated to make these payments no matter what will be forced to develop realistic plans for paying what they owe. They won’t be able to cut enough services to make up the shortfall, and most states are not allowed to trim benefits. The only answer will be higher taxes.

They need more money. And the only place to get it will be from you and me.

We can’t escape the reality of the situation, but we can try to mitigate the pain. In addition to banking more earnings today so that I don’t have as much earned income in the future (thereby avoiding higher tax rates), I can also choose to lower my taxable footprint by moving to a low-tax venue and choosing lower-priced real estate.

In fact, I’m about to look at a new home as we consider downsizing and moving a few miles from the coast to avoid flood insurance, as I wrote about a couple of weeks ago.

For any of you slogging through a cold winter in a high-tax, insolvent state, you might think about moving south. We can’t change the Fed, or go back in time and make our elected officials more responsible, but we can enjoy the sunshine and work to keep at least a little bit more of what we earn.

(Featured image by gudluz via Shutterstock)