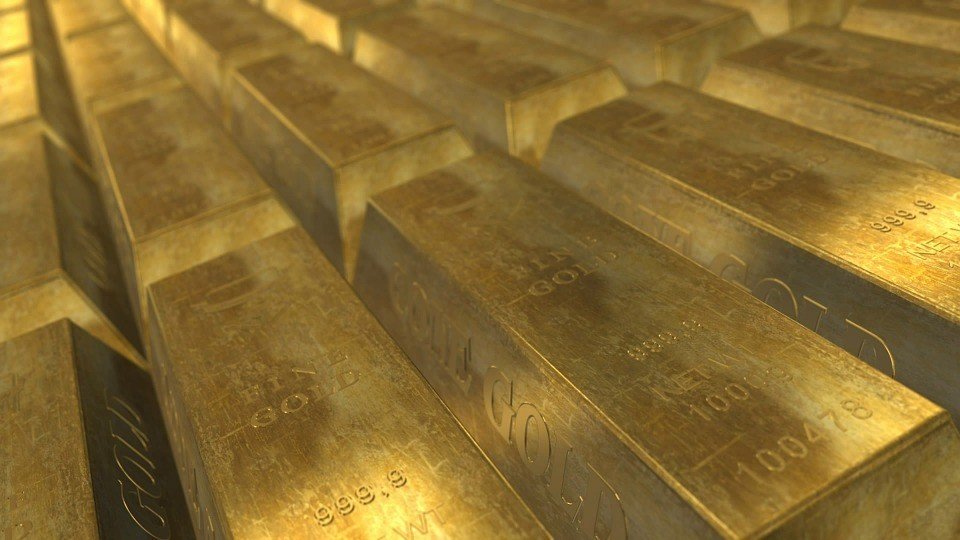 Mid-week market report about the latest news on base and precious metals and changes in prices in the metals market.

Gold discounts in India widened this week as a rebound in global prices prompted buyers to postpone purchases amid a severe cash crunch, while demand across Asia remained subdued.

Spot gold rose to its highest in over two weeks on Friday on a weaker dollar and was set to end 2016 more than 9 percent higher, marking its first annual gain in four years. For the week, gold is up about 2.5 percent and is poised to register its best weekly gain since early June. In India, the world’s No.2 consumer of the metal, dealers were offering a discount of up to $4 an ounce this week over official domestic prices that include a 10 percent import tax. They offered discounts of up to $2 last week.

Up to the Medieval era of the Middle Ages, it was believed that there were only seven metals which are referred to as the ‘Metals of Antiquity’, what were they?JP Morgan Gobbles Up a Minimum of Over 31 Tons (Possibly Up to 186 Tons) of Physical Gold.

JP Morgan Gobbles Up a Minimum of Over 31 Tons (Possibly Up to 186 Tons) of Physical Gold.

Gold prices ended the U.S. day session solidly higher and hit a two-week high Thursday. A drop in the U.S. dollar index on this day prompted good short covering in the futures market and some bargain hunting in the cash market. If there is decent follow-through buying interest and a technically bullish weekly high close on Friday, such would be an early chart clue that the gold market has put in at least a near-term low, if not a major low.

SPDR Gold withdrawal reaches $2.27 billion, most since 2013. Money managers pare bullish bets to smallest since February. Investors just keep bailing on gold. In December, $2.27 billion was pulled out of SPDR Gold Shares, the world’s largest exchange-traded fund backed by the metal. That was a third straight monthly loss and the biggest since May 2013. Money managers have also turned less bullish on bullion, cutting their net-long positions for a seventh straight week to the smallest since February, U.S. government data showed Friday.

A Chinese court has sent a strong message to corporate executives who have been seen playing fast and loose within the rules of boon-times capitalism in China. Sun Zhaoxue, the former president of state-owned enterprise Chinalco, was found guilty of graft and corruption and sentenced to 16 years in prison. The sentence was handed down by The Tieling Municipal Court Intermediate People’s Court, which found that Sun “had amassed a fortune in property through corruption during his lengthy time in the Chinese resources and commodities industry,” The Australian reported today.

Chinalco, of course, is connected to Simandou in Guinea, since the company up to the end of October was partnered with Anglo-Australian mega-miner Rio Tinto (LON: RIO) to develop the world’s largest mining project – through joint venture Chalco. But in July Rio Tinto said it had decided to put its Simandou project on ice due to the iron ore glut that is keeping a lid on prices – despite delivering a bankable feasibility on the project in May. Then on Oct. 28 Rio sold its 46.6% stake in Simandou to Chinalco, potentially opening a new path to development for the $20 billion iron ore mine. The deal, worth between $1.1 billion and $1.3 billion, ups Chinalco’s stake to nearly 95%.

SEE ALSO  Will the Carbon Tax proposal be beneficial enough to be accepted?

Copper, until recently one of the worst performing commodities of the past two years, experienced a sudden spike at the end of 2016, posing several questions as to the direction of the market as we move into 2017.

The rally, which began on the heels of Donald Trump winning the US presidential election, has been partly based on speculation regarding the impact of the President-elect’s $500 billion infrastructure plans on demand for the metal.

It has also been fueled by a pick-up in Chinese imports, responsible for almost 50% of global copper demand, which is seen a good omen for the industry’s health. Even Goldman Sachs — usually the most pessimistic when it comes to forecasting what’s in stake for copper in the short term — has changed its tone to a more positive one.

China took another step to degrade the dollar in defining the value of its currency, in an effort that cuts against its rival’s stubbornly strong hold on the global financial system. An arm of the People’s Bank of China, which last year started setting the Yuan against a basket of currencies, on Thursday said it’s adding 11 units to that reference group. The move lowers the dollar’s weighting by 4 percentage points, to 22.4 percent — little more than twice the share for South Korea’s won, a new entrant.

While the logic of determining the Yuan’s value against the currencies of its trading partners is clear, the problem is that the dollar is still the dominant reference in the perception of the public and the market. The U.S. currency is on one side of 88 percent of all foreign-exchange trading. “The dollar-Yuan rate will still be the benchmark that determines sentiment,” said Hao Hong, chief strategist in Hong Kong at Bank of Communications International Holdings Co., a subsidiary of China’s No. 5 lender by market value. “The basket is just a reference, so the change in the index’s composition and the efforts of keeping it stable will do little to boost confidence.”

The Yuan value from the WSJ:

The Yuan dropped by 4% over the past three months, as the dollar climbed recently to a 14-year high against 16 currencies. The faster-than-expected depreciation is causing more businesses and individuals to try to get out of Yuan, further pressuring the currency.

We are seeing many more participants in gold from Asia and I expect this trend to run into 2017.

The euro surged as much as 1.6 percent against the dollar in the Asian morning Friday as a rush of computer-generated orders caught traders off guard. The sudden move started under $1.05 and algorithmic orders snowballed above that level, causing what little liquidity there was on the year’s last trading day to vanish, according to foreign-exchange traders. In minutes, Europe’s single currency jumped to a high of $1.0653, forcing some dealers to take losses to cover positions.

SEE ALSO  What you should know about program trading

Shanghai Gold Exchange, the world’s biggest physical bullion exchange, said on Wednesday it will curb the amount of gold investors can trade at one time, a move analysts said would limit institutional investors’ influence on prices.
The exchange said in a statement it will halve its limit on transactions to 500 kg on some spot gold contracts starting Jan. 1. It did not give a reason for the move and the exchange did not answer calls seeking comment.

The new limit, which would be worth more than $20 million based on current prices, suggests the move is targeted at institutional investors, such as banks and hedge funds. The move does not affect the amount traders can sell or buy in any one day, but it would likely force traders to carry out big transactions in multiple moves, reducing the potential for “fat finger” erroneous trades or preventing big investors from carrying out rapid-fire buying or selling to influence prices.

A number of people were very nervous about this and called into my metals desk right away to get a better feel as to how this would affect us. I will share with you that at the Asian Trading Conference I discussed this possibility and also went over trading methodology with Adam Packard, VP, Operations, from my trading desk and he too agreed that this was a not a bad thing. In affect, this won’t limit trade but will only in affect cause multiple orders to go into the Exchange. Don’t read into something that’s not there, this is a trade regulation that is in effect at the CME and really is not a trade inhibitor.

A real head scratcher from the Bullion Exchange People for 2017:

What if 10% of the combined population of the United States, Great Britain, and Italy each wanted to buy 100 ounces of silver, a modest $1,600 at today’s prices?

Our back-of-the-envelope math shows that the combined population of those three countries is 450 million. So, if 45 million citizens each wanted to buy 100 ounces of silver, the net result would be a new demand of 4.5 billion ounces. The silver is not there. The result of such demand coming into such a small market would be that the price would be forced upward by many-fold, as the total dollar amount of metal available for purchase pales in comparison to the dollar supply floating around in individuals’ bank accounts.

The ancient ‘Metals of Antiquity’ are as follows: