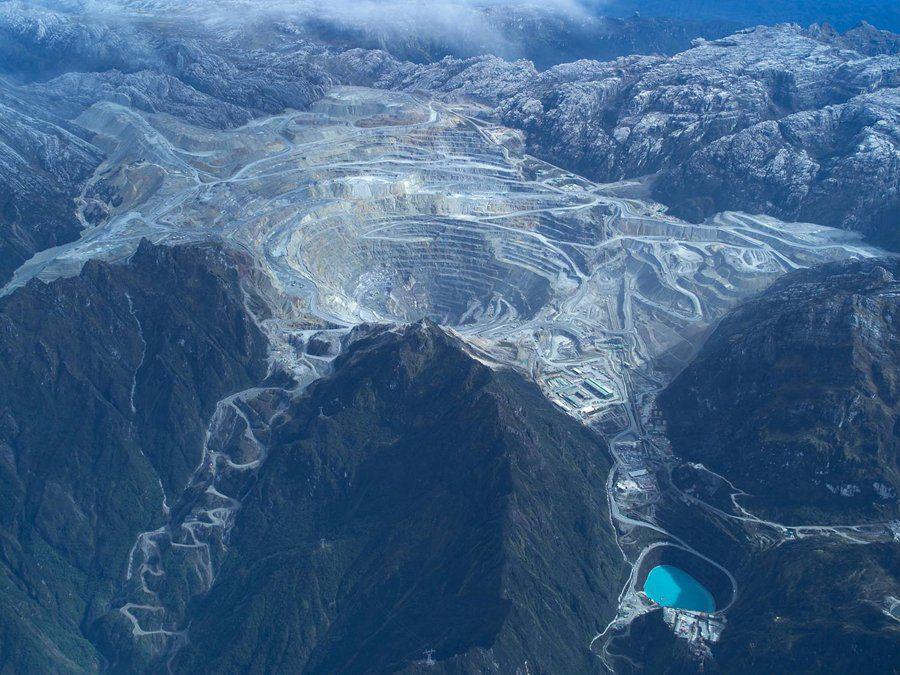 Mid-week news in the mining sector: The prospect of gold confiscation is getting one step closer.

Freeport’s iconic Grasberg mine in Papua produced more than 500,000 tons of copper and over 1m ounces of gold in 2016.

Bill gates net worth is how much larger than the GDP of North Korea?

Shares in Freeport McMoRan Inc (NYSE: FCX), the world’s largest listed copper miner, was hammered down on Wednesday after the US company announced fourth-quarter earnings below expectations and warned about problems at its operations in Indonesia.

But the stock soon rallied and on Friday, Freeport was trading up 3.7% in New York, bringing gains so far in 2017 to more than 24%. The pundits favorite regularly makes the most active list on the NYSE and the Phoenix-based miner is worth $23.6 billion on the NYSE, boasting a 255% increase in market value over the past year.

In a statement accompanying the financial results Freeport said it had not received approval to ship copper concentrate from its Grasberg mine as of Wednesday, and in the absence of a permit, production at the mine Indonesia’s Papua province would drop to roughly 40% of capacity.

There are proposals being put forward in the European Commission to further control transactions in cash. These are being put forward supposedly to control or prevent terrorism. A ‘by-product’ of such a proposal would be total control of everybody’s money through the banks. All these would then be under the watchful eyes of governments [this is part of “Big Brother is watching you”].

We must recognize that gold would be the next to come into that scheme of things, as it is, likewise, capable of being used in the same way as cash. This brings the prospect of gold confiscation one step closer! With such proposals now on the table, not only in smaller countries but in the E.U. itself, one can no longer ignore the prospect of a future confiscation of your gold.

Of all the dramatic twists and turns in 2016, Prime Minister Modi’s announcement that he was set to demonetize large Indian banknotes, which were equivalent to approximately 86% of the currency, was surely the most unexpected of all. While in the long term this may have some positive implications for Indian gold demand, in the short term it was yet another hurdle which crimped Indian jeweler fabrication and ensured India lost its crown to China as the largest gold consumer overall in 2016. Indeed, Indian jewelry fabrication was at a 20-year low in 2016.

The latest gold import and export figures into and out of Switzerland both showed huge increases in December with exports to China a particularly notable 158 tons compared with a rather small 30.6 tons in the previous month. With gold flows into the Chinese mainland from Hong Kong also picking up in December, this represents pre-Chinese New Year holiday demand and may also have been boosted by the lower gold prices prevailing in the final quarter of 2016.

Switzerland has always been a major conduit for gold flowing into stronger Eastern hands. That into China, for example, stays there and doesn’t come out again. The private Swiss gold refineries, Valcambi, Metalor, Pamp and Hereaus all specialize in re-refining gold scrap and 400-ounce good delivery gold bars into the smaller, mostly kilobar, sizes in demand in the Middle and Far East.

Large speculators and traders continued to add to their bullish net positions in the silver futures markets last week for a fourth straight week, according to the latest Commitment of Traders (COT) data released by the Commodity Futures Trading Commission (CFTC) on Friday.

SEE ALSO  How to use video in email marketing in 2019

The non-commercial futures contracts of Comex silver futures, traded by large speculators and hedge funds, totaled a net position of 71,021 contracts in the data reported through January 24th. This was a weekly gain of 1,539 contracts from the previous week which had a total of 69,482 net contracts.

The Long Beach Coin, Currency runs from Feb-16-18th this year. Tom Garland SVP from the Zaner Metals Division will be there to demonstrate our launch of the Tornado Bullion Hedge Platform. This refresh covers a lot of ground so plan on dropping by to see all the bells and whistles. The Long Beach Expo has been a leading international tradition in the coin, currency, and collectibles industry since 1964.

Palladium with excerpts from the Gold Report:

On December 23rd, 2016, under tremendous public pressure, the Chinese government announced that by July 1, 2020, all vehicles in the Chinese market must comply to the tough China VI/China 6 standard, basically equivalent to the current U.S. and E.U. standards. It was barely noticed in the West because of the Christmas holiday. But it was a big one in China, especially in the Chinese social media. I could hear the cheers of Chinese citizens all the way in the U.S.!

China is facing a severe pollution problem, especially in the northern regions. There are studies pointing to car emission as one of the major sources of pollution. However, the Chinese government has been reluctant to implement tougher car emission standards. One of the key reasons, I was told by various Chinese sources, is that the world will not have enough palladium supply for China if China implements U.S. or E.U. style emission standards!

So, What Caused the Crash?

Here is a potential explanation of what happened in the palladium market recently: During December of 2016, a group of Chinese traders, likely very knowledgeable of the Chinese government’s forthcoming regulation, accumulated a large position of palladium for $650–700/oz. When the news hit the wire, palladium exploded all the way to $800/oz. earlier this week. This weekend is the Chinese New Year and the Chinese market will be closed for a week. Some traders wished to lock in profits ahead of the holiday and $800 is a historically strong resistance for palladium. This triggered an avalanche of selling and most stop orders were taken out because traders had so much profit to protect.

The Chinese automobile industry consumed about 2 Moz of palladium in 2016, out of an estimated 9.5 Moz in global total supplies, up about 20% from 2015 and has been going up 10–20% annually for the past 10 years, according to the Scotia report. If we assume 10% growth in the next four years, China will demand about 3 Moz of palladium in 2020. With the recent new requirements in China, we can predict that 3 Moz by 2020 may be very conservative. What if China demands 3.5 Moz per year or 4 Moz per year? ETF inventory is already down to 1.5 Moz after 600–700 Koz per year outflow. This is not sustainable. Where do you find the extra palladium? That’s why I see a potential huge spike in the palladium price like what we experienced in 2001, when palladium was trading at a huge premium to platinum and gold.

I questioned my recyclers and the answer is always the same. They fully intend to hedge but only on higher prices due to the current demand. Which means that if the producers aren’t selling into the market the market will continue to rally. Thereby making a firm buying opportunity on stiff breaks with strong opportunities to sell refined product on rallies to lock in good profits. Remember 2017 is the Year of the Trader. Use these markets to enhance your bottom and if you don’t know how call us to put them to work for you.

SEE ALSO  5 things you need to know about the entertainment business: Sony goes into gaming and more

Is Trump really bringing back the gold standard/TMFUltraLong-Sean Williams:

There’s a good chance that some of you reading this right now probably weren’t even alive the last time the U.S. had the gold standard in place (1971), so let’s start with a brief description. Because most of the world’s economic powers had different currencies in the 1800s and 1900s, gold served as the common denominator by which the U.S. dollar, British pound, French franc, and other major currencies were backed. In simple terms, a dollar (or any other currency, for that matter) could be exchanged for actual gold upon demand, which presumably encouraged trade and trust and made things simpler.

In an interview with GQ last year, Donald Trump said the following when questioned about his views on the gold standard: “Bringing back the gold standard would be very hard to do, but boy would it be wonderful. We’d have a standard on which to base our money.”

This statement may come as little surprise given the Donald’s love for all things gold, including his personalized helicopter. But Trump’s love for the lustrous yellow precious metal digs far deeper than décor. When the U.S. government legalized the private ownership of gold in 1975, Trump was an aggressive investor. Selling for about $185 an ounce at the time, Trump noted that he sold his stake between $780 an ounce and $790 an ounce, calling the money-making investment “easier than the construction business.”

Have you ever wondered which mine is blasting, shoveling and hauling the most expensive ore? While the world’s highest-value minerals are well known – this list includes precious metals and gemstones – it is more practical for mining industry stakeholders to estimate the value of minerals by looking through the lens of a mining operation. Simply put, what is the worth of an excavator/ loader bucket at an open pit or underground mine compared to its peers in the industry and who is worth the most per scoop?

#1 Mine producing the most cash per scoop:

Bill Gates has a net worth of about $78.2 billion as of 2016, which is four and a half times larger than North Korea’s. According to the reports, North Korea’s gross domestic product (GDP) is estimated to be about $17.4 billion. In the 1990’s it was mandatory for North Korean teachers to learn how to play the Accordion.