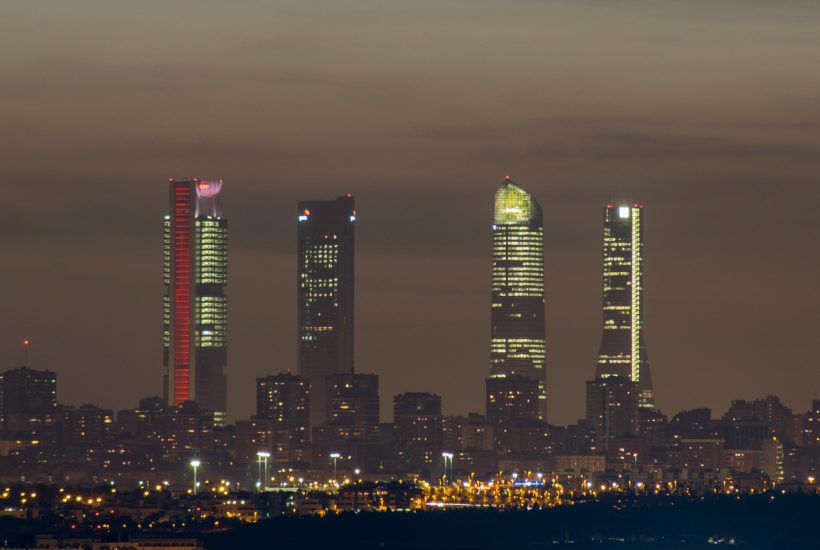 Moderna has taken the leading role in the biotechnology sector on a global scale, but also on a national scale. With the prism set in Spain, the American company has been in the news in recent months for the plans it plans to execute in the country.

After last summer, the biotech company based in Cambridge (Massachusetts, United States) revealed the opening in 2023 of a new quality testing laboratory for Covid-19 vaccines and other vaccines with messenger RNA (mRNA) technology in Madrid. Although the exact date planned for the inauguration is still unknown, it is the manufacturer’s first center outside the United States and Moderna has selected as a location the area known as Madbit, which is attracting technology companies. It will also open a new building called OM Infinito, owned by Torre Rioja.

The US pharmaceutical company has chosen a location that is adjacent to its Spanish partner Rovi, a pharmaceutical laboratory that produces Moderna’s mRNA vaccine for the entire world, except for the US market.

Read more about Moderna and find the latest business news of the day with the Born2Invest mobile app.

In the OM Infinito building, located on Calle Julián Camarillo in Madrid, will occupy more than 4,000 square meters, where work has already begun with the specific specifications necessary for a laboratory of these characteristics. Likewise, it has a part of offices where it is considered that the American laboratory will transfer its corporate headquarters to the country. The company announced in June 2022 that it will invest 500 million euros in Spain in its alliance with Rovi to manufacture mRNA vaccines.

The Madrid facility will be in charge of testing the vaccines that come out of the Rovi plant, currently from its Madrid factory in San Sebastián de los Reyes, and that are distributed throughout the world. To date, this work was done externally from outside Spain.

One of the promoters of the fact that the center has fallen to Spain compared to other alternatives has been the Spanish manager Juan Andrés Rivera, a member of the executive committee of the American pharmaceutical company. In Spain and Portugal, the person in charge of the laboratory is Juan Carlos Gil, who met with Pedro Sánchez in June to advance the investment in the country of biotechnology.

Moderna is, together with the Pfizer and BioNTech consortium, one of the pharmaceutical developers of Covid-19 vaccines in much of the world. From this new testing laboratory, it will be checked whether the vials meet all the quality and safety requirements for their distribution.

The neighborhood chosen is the Julián Camarillo industrial estate, which the owners have renamed Madbit due to a large number of technological and industrial companies present there and which has the greatest width of mobile banking, among other infrastructures. Moderna considers Spain a key market due to its access to talent, the business environment, and the quality of infrastructure, as well as the Government’s support policies for innovation in the biotechnology sector.

In addition to its plans in Madrid, Moderna has also strengthened its management structure in recent months. On November 21, the company appointed the Spanish David Jiménez as general director in the United States. The executive is responsible for commercial efforts in the North American country, reporting to Arpa Garay, commercial director of Moderna. Before joining biotech, Jiménez spent two decades at Johnson & Johnson, where he held responsibilities in areas such as medical devices, consumer health, and pharmaceuticals. His most recent position is as President of Janssen Immunology.

Previously, Jimenez also ran Janssen’s pulmonary hypertension business. The manager is a pharmacist, with a PhD in Pharmacy from the University of Alcalá and a master’s degree in Business Administration and Management from the Instituto de Empresa, both in Madrid.

He also recently completed the Advanced Management Program at Harvard Business School in Boston. Moderna has also appointed a new chief information officer. Last December, the US company appointed Brad Miller as the new head of this area. Miller, who comes from Capital One, officially assumes the position from January 2023 and reports directly to the CEO of Moderna, Stéphane Bancel.

Marcello Damiani, who assumed this responsibility until now, retires from biotech after seven and a half years. Miller joins Moderna from Capital One, where he served as Executive Vice President and Chief Information Officer. In that role, the manager was responsible for the organization of the company’s enterprise platforms and products.

In addition to Capital One, Miller has also held technology leadership roles at Mastercard, where he served as Executive Vice President of Operations and Technology, and at Citibank, where he was Chief Digital and Cloud Technology Officer. Miller holds a Bachelor of Science in Human Factors from the University of Waterloo in Ontario, Canada, and a Master of Science in Human-Computer Interaction in Systems Engineering from the University of Nottingham.

Likewise, since January 2023, Juan Andrés Rivera, currently global head of operations and quality, assumes the position of president of strategic alliances and business expansion. Rivera will focus on building the organization to support the growing pipeline of projects. In this role, he will continue to serve on the executive committee and report to Bancel.

For his part, Jerh Collins joins the company as technical director of operations and quality, replacing Rivera. Over the past nearly thirty years, Collins has held roles of increasing responsibility focused on the production and manufacturing of pharmaceuticals, including responsibilities as Head of Global Chemical Operations and Anti-infectives and Head of Global Chemical Operations.

Moderna has made the announcement of new vaccines with its mRNA technology. In addition to Covid-19, the company is working with Merck on a skin cancer vaccine that could reduce symptoms of the disease by up to 40%. Merck and Moderna expect to start the third phase of the study of the combination in 2023. This is the last clinical study before submitting a drug for regulatory approval.

(Featured image by Morgan4uall via Pixabay)