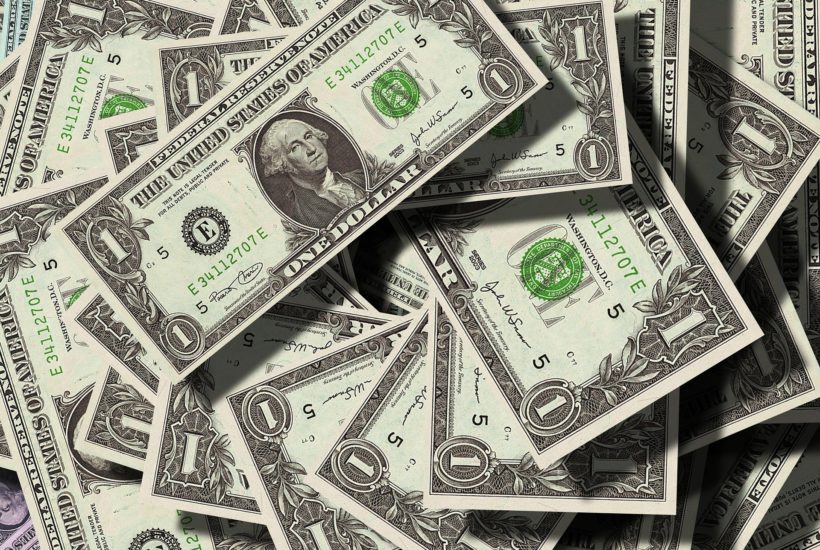 My friend Larry Kudlow always says that Profits are the mother’s milk of stocks. That used to be true when we had a real economy. But sadly, that is no longer factual because we now have a global equity market that is totally controlled by central banks. To prove this point, let’s look at the last few years of earnings. During the year 2018, the EPS growth for the S&P 500 was 20%; yet the S&P 500 Index was down 7% over that same time-frame.

Conversely, during 2019, the S&P 500 EPS growth was a dismal 1%; yet the Index surged by nearly 30%. What could possibly account for such a huge divergence between EPS growth and market performance? We need only to view Fed actions for the simple answer: it was the degree to which our central bank was willing to falsify asset prices.

During 2018, the Fed raised the overnight bank lending rate 4x and by a total of 100bps, and at the same time, it increased the amount of its Quantitative Tightening Program from $10 billion per month to $60 billion per month. In sharp contrast, Mr. Powell indicated one month before 2019 began that the Fed would stop raising interest rates; and by early ’19 he indicated that the pace of balance sheet runoff was flexible and its termination was in sight. The Fed then announced in July of ’19 that it would cease the selling of its assets come August. Most importantly, by the end of the summer, the Fed did a complete 180-degree pivot–it was once gain cutting interest rates and re-engaged with Quantitative Easing. The Fed ended up cutting interest rates by 75bps during 2019.

Hence, 2018 was a terrible year for equities despite surging EPS growth. However, 2019 turned out great for stock investors despite having virtually zero earnings expansion.

Turning to 2020, the S&P 500 EPS growth rate is projected by FactSet to decline a whopping 15.8% during Q2, and GDP is tracking to shrink by around 25-30% at a seasonally adjusted annualized rate. Adding to the misery, the unemployment rate is projected to reach a depressionary 17%. Nevertheless, the S&P 500 is down a very ordinary and pedestrian 10% YTD. How did the Fed pull off this magic trick yet again? Take a look at what its balance sheet has done so far this year.

Mr. Powell has committed to buying everything at this point except stocks. This includes junk bonds, issuing primary loans to businesses, and purchasing corporate bond ETFs. It has so far printed nearly $2.5 trillion in less than two months just to boost equities back to the thermosphere.

Because of these actions, the stock market is far more expensive today than it was prior to the start of the Wuhan virus crisis. This is because the ratio of total market cap to GDP has increased. Simply stated, the numerator is down just slightly while the denominator has crashed. Equity market capitalization is reported to be 138% of GDP as of this writing. This is down from the record high of 150% reached at the start of this year. Nevertheless, the current ratio is still extremely high, historically speaking. However, that figure is based on antiquated GDP data. As the new data is reported for Q2, expect the ratio to soar.

There are now over 30 million newly unemployed Americans who have lost their jobs in the past six weeks. We have now completely wiped out the 22.7 million new jobs created since the Great Recession ended in June 2009 plus another near 8 million. The damage to US balance sheets is immense, and that debt is accretive to the $71 trillion already oppressing growth. Tremendous psychological injuries have occurred to consumers and corporations, as they are forced to take on new debt due to a dearth of liquidity. For example, listed US companies took on an additional over $300 billion in new debt since March alone. At that pace of corporate debt accumulation—which was already at an all-time high both nominally and in terms of GDP pre-virus–will surge by nearly 25% in just one single year. But what else would you expect when the Fed is promoting more borrowing by providing a huge fat bid for businesses to sell all the debt they need…and more.

The stock market has already priced in a “V” shaped recovery in the economy, but the rebound will most likely be of the insipid variety. The question is will stocks care even if economic growth doesn’t rebound? It is my view that the economy and EPS will certainly not return to pre-Wuhan virus levels for a very long time.

Therefore, the answer to how stocks react to a sluggish economy even after the lockdowns are lifted can be found within the confines of D.C. Will the continued panoply of negative earnings news and economic data cause the Federal government to announce even more fiscal stimulus programs to bail out states and municipalities? And, will the Fed continue to monetize all that debt? I believe the answer to those questions is a resounding yes, but only after we see another crash in asset prices that results from a negative reaction to a failed reopening of the global economy. This is the salient risk during the mid-May through July time-frame. A failed opening can be defined as one in which consumers don’t return to normal activities because of balance sheet, unemployment, and wealth effect issues. And, the virus makes a comeback in the context where there is no effective treatment or vaccine yet available.

One sentence from the Fed’s meeting of April 29, which produced an unusually-horrific statement even for the FOMC, “The Committee expects to maintain this target range (of zero percent interest rates) until it is confident that the economy has weathered recent events and is on track to achieve its maximum employment and price stability goals.”.  In other words, the Fed will be offering free money until the 30 million displaced workers find a job, and inflation runs well above its 2% target on its core PCE favorite metric, which removes all prices that go up—interpretation; expect ZIRP for another decade.

We continue to hold 20% gold-related investments, 15% invested in defense, healthcare, and clean energy, and 10% TIPS. Passive Index investing has become a sure way to lower your standard of living, and therefore, we will continue to actively trade the portfolio with a continued vigilance on the cyclical dynamics of growth/recession & inflation/deflation. Is your wealth manager monitoring these changes? Or are they just telling you to hang on to their brand of an index fund that is blindly and passively heading towards the slaughterhouse yet again?