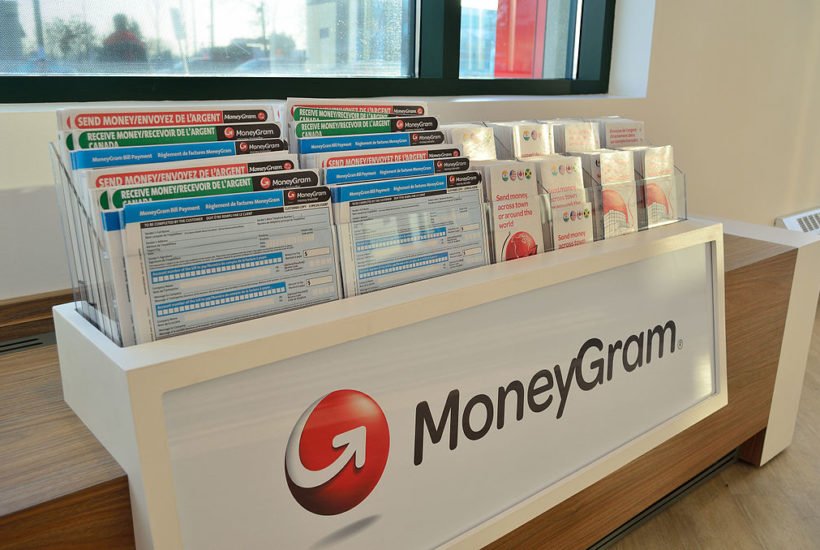 Blockchain technology is changing the financial sector. The technology was first adopted during the financial crisis with the emergence of Bitcoin. Its decentralized nature has enticed many to invest since it is not under the control of governments or regulatory bodies. Bitcoin, Ethereum, Litecoin and Ripple’s XRP are currently the most popular cryptocurrencies in the industry.

Cryptocurrencies and blockchain are being utilized in many forms of business transactions. Corporations are adopting blockchain for information security and transaction efficiency.

For example, global logistics giant FedEx is utilizing blockchain technology to keep track of its cargo shipments. MoneyGram is also making headlines with its recent partnership with Ripple, to aid its international money transfer processes and foreign exchange business.

According to the World Bank, remittances rose to $689 billion in 2018, signifying the rise in the need to send money across borders. Cross-border transactions are costly to businesses due to fees charged by banks. The strict policies of individual nations are also a stumbling block for businesses trying to move money.

However, traditional money transfer options like money orders and wire transfers are usually expensive and inefficient to businesses. This has prompted companies to find faster and more efficient ways to send and receive money.

Online money transfer systems were developed, to provide businesses with both convenience and a cheaper option for remittance. Through online transfers, what businesses or individuals need is only a laptop and internet to send money.

Electronic payment systems have also done wonders in international money transfer by making the process easier. However, it has some limitations. For example, it only caters for people with bank accounts.

To address this, multinational companies are actively investing in cryptocurrency, with Facebook announcing its own cryptocurrency Libra to offer an alternative. Traditional financial institutions are also seeing the benefit of cryptocurrency. JP Morgan adopted blockchain into their financial operations and launched its own crypto coin. Cryptocurrency is changing the scope of money remittance by providing an easier, cheaper and secure option to send money.

The money transfer market is dominated by huge corporations like MoneyGram and Western Union but other startups are providing new easy alternatives. Therefore, these big companies should adapt to the changing technology environment or else, they could lose clients.

With the digital money transfer market estimated to reach $8.59 billion by 2023, organizations should actively seek and offer effective and easier ways of sending and receiving money.

MoneyGram, a recognized leader in facilitating cross border payments, is not one to be left behind. The money transfer company shares surprised the market by shooting up 155 percent on trading, after an announcement of its partnership with Ripple.

MoneyGram’s tie-up with Ripple is the latest move of incorporating money transfer options so as to make the process of remittance easier, cheaper and effective.

Ripple’s XRP was specifically designed to streamline payment transfers between banks, this matchup with MoneyGram could be a pivotal point in global money transfer. XRP is currently being used by around 75 banks worldwide showing its standing in the money market.

MoneyGram as a company holds about $1.4 billion in revenues annually. The company seeks to reduce operating costs through its partnership with Ripple, and utilize Ripple transfer standing among banks to streamline its operations.

Ripple will be investing $30 million in the money transfer company with the right of investing an additional $20 million in the future. This is a welcome development, especially after MoneyGram’s flop last year where the company’s shares plunged following the Federal Trade Commission settlement incident.

MoneyGram has money transfer operations in about 200 countries. By incorporating XRP in its operations, the company is set to revitalize the $600 billion global remittance market.

The two companies’ partnership will be a positive drive in global money transfer by providing a cheaper and faster way to transact. The cost of the transfer is expected to drop from its $30 price and the time used to process money transfer is also viewed to lower significantly.

MoneyGram depended on traditional money transfer where the company had to hold pre-funded accounts in the countries or regions they are sending money to. Through xRapid, the company eliminates the need for initial spending on acquiring the currencies for transfer, as XRP offers instantaneous payments.

Is cryptocurrency effective in money transfer?

The efficiency of cryptocurrency in money transfer lies in its reduced cost and waiting time, making it an innovation in the global remittance industry. Traditional money transfer is expensive due to the charges in transactions; ranging from deposit fees to withdrawal fees.

For example, for faster delivery of within one day, Western Union charges up to $12.99 to send $100. PayPal charges up to about 8 percent for all its transactions. The only thing that may delay cryptocurrency transfer is conversion which takes some time. Institutions are working towards adopting cryptocurrency into the mainstream market, so it may not be a problem for long.

Still, cryptocurrency does not rely on any regulatory authority. Therefore, it limits the number of hoops businesses and individuals need to jump through to send money. This makes the process faster, easier and cheaper.

Now that MoneyGram has incorporated cryptocurrency in its mode of service, it could disrupt the cross border payment sector by improving its efficiency of service. Fellow players in the money transfer business will have to play catch up.