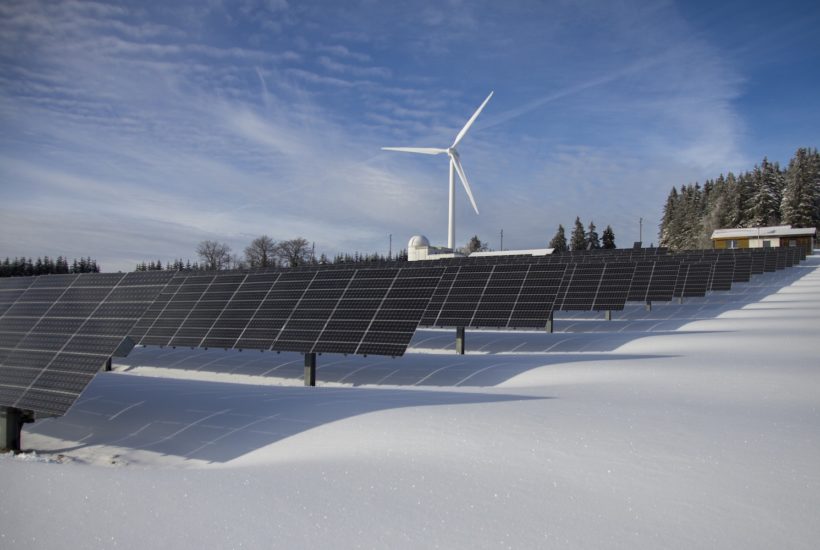 Boosting economic growth without sacrificing the climate, dare I say it? The International Energy Agency (IEA), a United Nations agency based in Paris, has taken up this challenge in a report published on 18 June. The challenge takes the form of a puzzle for governments. Admittedly, with the measures taken to combat the Covid 19 epidemic, greenhouse gas emissions could fall by up to 8% in 2020, or 2.5 billion tonnes of CO2 in less than a year. But once the health situation returns to normal, we could see a spectacular rebound. This is at least what happened after the 2008-2009 crisis, when CO2 emissions reached record levels.

To avoid a repeat of the scenario, the IEA proposes to invest $1 trillion (‘890 billion), or about 0.7% of current global gross domestic product (GDP), annually between 2021 and 2023 to support a sustainable recovery. This would create 27 million new jobs. In concrete terms, this would mean increasing the energy efficiency of buildings, improving electricity networks, extending high-speed train lines, eliminating subsidies for fossil fuels and accelerating the development of renewable energies, particularly solar and wind power…

The French nugget Neoen did not wait to position itself in this niche. Since 2008, it has been producing and selling renewable electricity either to governments, major industrial players or EDF. “When we created the company, we were told: You arrived too late, the places are already taken, says the CEO Xavier Barbaro, a polytechnicien of his state. Except that at the time, most of the market players were content to go and look for subsidies. Coming from ultra-competitive and demanding sectors such as telecoms or construction, we were convinced that we could develop a more sustainable model: to produce reliable 100% renewable electricity at competitive prices. »

Twelve years later, the goal has largely been achieved. With a turnover of 253 million euros in 2019 and a total capacity in operation and under construction of 3gW spread over 14 countries, Neoen is France’s leading independent renewable energy operator. In France alone, we have installed a storage unit, 16 wind farms and 33 solar power plants, including a 250-hectare plant in Cestas, which produces the equivalent of the consumption of 300,000 people,” says Xavier Barbaro. If we had two large plants like this one in each department, we would cover a large part of the domestic needs of the French population. »

SEE ALSO  Will the valuation of Ant Financial collapse after IPO worries?

Tomorrow, will French electricity be 100% renewable? Bertrand Cassoret, professor-researcher at the University of Artois, does not believe so. Reducing the share of fossil fuels in the energy mix, yes, but replacing it completely is another story,” he confides. With wind and solar power, production is linked to the weather. So it’s complicated to rely heavily on it. If we wanted to reach the goal of 100% renewable energy, we would have to divide our consumption by 2 or even 3. However, the economic recovery will require a lot of energy. »

An analysis that Xavier Barbaro disputes: “Today we are not only able to transport green electricity everywhere in the country but also to store it,” he recalls. This was demonstrated in 2017 with Tesla, developing the world’s largest lithium-ion battery in Hornsdale, Australia. Economically, the renewable business has also become much more profitable. In ten years, production costs in solar energy have been divided by 10: “The French also seem ready to change their model. “They are increasingly concerned about climate change and, since the Covid, are becoming aware of the importance of preserving our energy sovereignty. It will certainly not be for 2025 but perhaps for 2035,” he concludes.

What is the mission of the Green desk, which BNP Paribas set up at the end of 2017?

The Green desk is a centre of expertise responsible for supporting the development of key players in the energy transition, from renewable energy producers to specialists in soft mobility, as well as professionals in the renovation and energy efficiency of buildings. As a single point of entry to all the Bank’s services, it can be involved in project financing, capital increases, IPOs and international development.

What was the impetus for the creation of such a centre of expertise?

Following the COP21 held in Paris at the end of 2015, BNP Paribas committed to play its part in the energy transition, with a target of €15 billion in financing for renewable energies by the end of 2020. The creation of the green desk is part of the same approach.

What are the prospects for development of the sector?