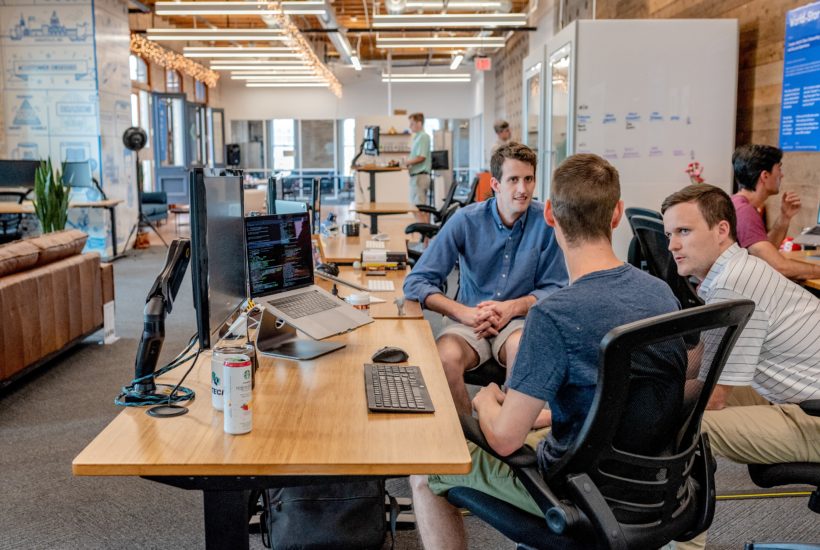 In Munich, Germany, city administration and business are networking to support this form of financing. Munich is a nationwide role model in the field of crowdfunding – because various municipal and private-sector players have networked in the Bavarian capital to promote the financing of projects by collecting small amounts of money. Now they want to serve as a model for other cities. Crowdfunding allows a project to leverage many small financiers to get a project off the ground.

Susanne Mitterer, Deputy Head of the Competence Team for Cultural and Creative Industries at the City of Munich, explained the fundamental advantage of this type of financing: “As a provider, you can communicate directly with your target group and test the product on the market to see if it goes down well.”

Get the latest crowdfunding market news today along with other crucial business headlines with the Born2Invest mobile app! Receive the top-rated stock market news straight to your phone every day.

Alexander Schmidbauer from the Foundation Department at the Department of Economics and Labour of the state capital supervised a municipal pilot project, which ran from 2018 to 2019. 43 campaigns were supported during this period, Schmidbauer reports. There was a maximum of $3.241 (€3.000) for each interested party, “but every euro we provided was matched by $1.6 (€1.5).” Following an evaluation, the city council has now extended the project by five years.

Start-up advisor Nikola Nikolic from Münchner Stadtsparkasse has been on this path for some time now; the bank has been supporting crowdfunding since 1993. “The time when the bank advisor alone decided what would be a promising project is definitely over,” Nikolic is convinced.

Georg Röß, in turn, works as a representative for technology and innovation at the Chamber of Crafts for Munich and Upper Bavaria (HWK). His position, as well as that of his four colleagues, is financed by the Federal Ministry of Economics and Technology; nationwide there are about 100. Röß sees his task primarily in scouting and innovation consulting. Crowdfunding is well suited for craftsmen, among other things, “because they can quickly implement prototypes.

Great cooperation of supporters in Munich

Munich is special because project supporters are in regular contact with each other and want to promote together, not individually. No other German city has had such close cooperation before. They advise screen projects and take care of qualifications.

The consultants can give some examples of successful crowdfunding. Above all Giesinger Bräu. They wanted to drill a 140-meter deep well. Because only breweries that extract their water in this way – tap water is not enough – are allowed to call their product Munich beer and thus receive basic permission to serve the barley juice at the Oktoberfest.

The Giesingers lacked $864.320 (€800.000) to drill their deep well. Brewery boss Steffen Marx had 1.2 million beer mats made of felt distributed to the city’s mailboxes with the promise of 6% interest. The interest is available in the form of beer and food at the headquarters in Martin-Luther-Straße 2 in Giesing. The excavation project is to begin in April of this year.

Another interesting project was Chocolat hoch3. With his start-up, the trained master confectioner Benedikt Daschner wants to push forward the commercial chocolate 3D printing of logo, lettering, and other artwork. Daschner collected around $27.000 (€25.000) through Crowdfunding. The Green Style company, in turn, has committed itself to the principle of zero waste fashion – in other words, that fashion can be produced without the generation of waste.

Together, the experts recommend that the founders must inspire people and pursue the idea themselves with all their hearts. “Who am I and why am I doing this?” Every available stage – trade fairs, social media, etc. – should be used. Many small tasks would often be underestimated – such as creating mailing lists. “The crowd must be part of the story you tell,” Schmidbauer advised the founders. “Just put a cool movie on your own website – that won’t work.”

And what are the worst mistakes you can make in crowdfunding? Here, too, there is broad agreement between the consultants: the first thing is a miscalculation of project costs, followed by possible problems with the technical implementation. “Fans can quickly turn into enemies,” warned HWK representative Röß.

First published in DONAUKURIER, a third-party contributor translated and adapted the article from the original. In case of discrepancy, the original will prevail.