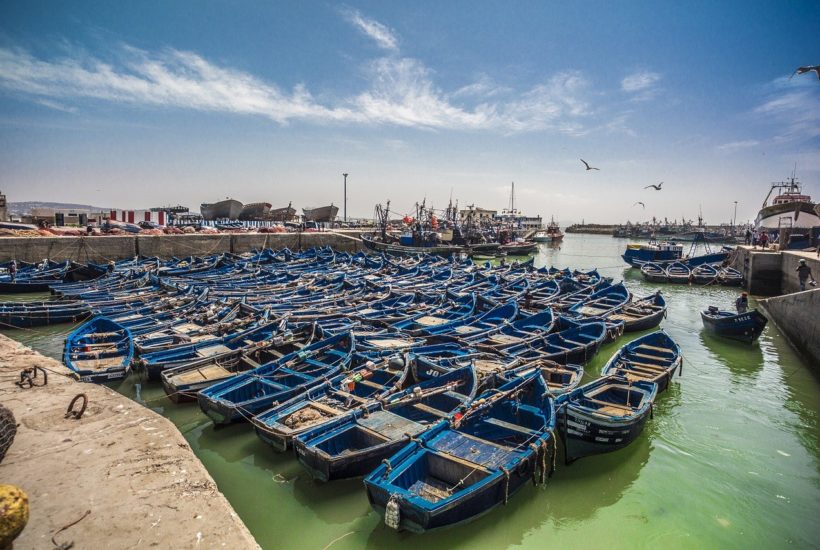 Brexit has not yet delivered all its issues and could fully benefit agricultural exports. Moreover, Spanish operators are following, not without a twinge of regret, the evolution of talks between Morocco and the United Kingdom for the routing of agricultural products to Great Britain.

The announcement of the next trade link between Morocco and Great Britain has upset the calculations of the agricultural sector of the neighboring country. And, there is reason to worry. The sea route between Tangier Med and the port of Poole, southeast of England, is only three days, against six days via the European space. And that’s not all! There is no need to cross the Strait of Gibraltar and the English Channel twice, which means lower costs. It is quite normal that the line initiated by the company Seaways makes some jealous in Spain.

Read more about the new agreement between Morocco and Great Britain and find the latest economic news with the Born2Invest mobile app.

The Iberian economic media recognizes that this connection is more advantageous in more ways than one. In addition to saving time, this route would avoid Moroccan agricultural shipments and the long administrative hassles at the borders, applied to products in the community space. The media mentions this congestion of trade flows at the gates of Great Britain because of the new procedures for admission of goods from the European space. Only, the weekly trade link does not make people happy in Spain. The Canary Islands producers have expressed their unease with the upcoming launch of this weekly trade service. Faced with an epidemic that attacks the island’s tomato, the archipelago’s exporters are convinced that this new cooperation will be a blow to agricultural exports to the British market.

Indeed, the Canary Islands tomato leads shipments with 62% of shipments, followed by cucumber. Hence the concerns of this regional sector. The entry into service of the Moroccan-British line will inflict considerable losses to the tomato sector of this Spanish area. It already benefits from a host of aid to cope with the new situation of the British market. The operators of this island region receive, for example, European funds for “the transport of shipments to the British market,” or this subsidy under the program to support agricultural production in the Canary Islands. Not to mention this subsidy called “aid for market readjustment.” Unfortunately, they believe that this is not enough to cope with the new situation. The Spanish sector should face a series of obstacles, after Brexit. From April, a comprehensive register of animal and non-animal origin of products, food products of non-animal origin of high risk must be provided to access the British territory.

Similarly, from July 1st and in addition to phytosanitary controls, farmers should pay customs duties and new procedures for importing products of animal origin will come into force. Thus, the arrival in three days of Moroccan agricultural shipments is the great fear of the Spanish agricultural sector. This one sees with a bad eye this new service which will boost for sure the positioning of the agricultural shipments of the soil on the British ground, a market more than promoter. In Andalusia alone, the main competitor of Morocco, producers in this Spanish region have shipped in 2020, a value of 1,149 million euros in increase of 7%. This positions the United Kingdom

as the third destination of Andalusian agricultural exporters. In sum, this new route, coupled with new restrictions and cumbersome customs procedures should play in favor of Moroccan exports of fruit and vegetables.

For the British which seek to multiply supply markets, Morocco presents itself as the ideal platform to cut the agricultural cord with Europe.

(Featured image by Noel_Bauza via Pixabay)