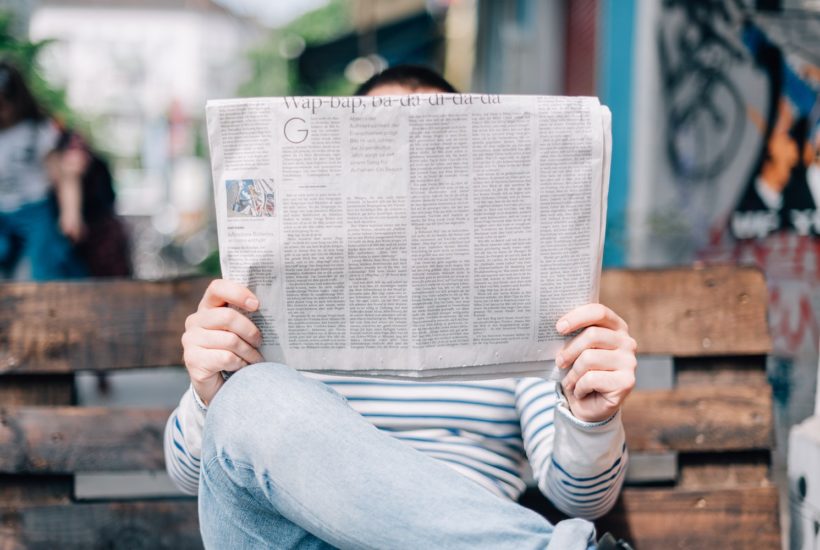 After 37 years of existence, Intermédia, the regional newspaper for information on media, communication, and marketing, disappeared after filing for bankruptcy. The media and communication sector in Auvergne-Rhône-Alpes could not do without a professional information medium. It has just been born: its baptismal name: Our(s).

It was the professional media that was found on the desks of newspapers and communication agencies. After thirty-seven years of good and loyal service, the newspaper InterMédia, created by Jacques Simonet, disappeared, following bankruptcy and judicial liquidation in the summer of 2019.

The title itself “InterMédia” is in the hands of the liquidating commissioner: it will be sold one day or another by auction. The reasons for this disappearance are probably that with a distribution essentially based on paper and weekly rhythm and little Web, InterMédia, whose information had a real relevance, no longer fit the tempo of the time.

This disappearance has created a real void. This led two of its former employees, Julien Servant and Mathieu Ozanam, the former editor-in-chief of InterMédia, to relaunch a title dedicated to communication, media, and marketing. They were joined in this new editorial adventure by François Quairel (Soway Media) and Marc Renau, the creator and publisher of the “Petit Bulletin” (Unagi group). They are now the four partners and shareholders of Our(s).

All the latest news about crowdfunding, business news, news about biotech, Africa, and more, from the Born2Invest mobile app.

The lesson has been learned: the new regional media will first be accessible on the Web. The news will be daily, hourly and no longer weekly. The official launch took place on Friday, February 21st. “We are a pure player site for hot news,” explained Mathieu Ozanam, editor-in-chief of Our(s) and to describe the editorial approach of this website ourscom.fr (produced by the Pilot’In agency, also the publisher of Lyon-Entreprises) “which will include nominations, new campaigns, analyses, columns.”

And Mathieu Ozanam added: “We are going to talk about brands, communities, agencies, production studios, training institutions, media, in short, all those who bring communication to life in our region.”

This news will be as it should be in 2020, broadcast on social networks (LinkedIn, Facebook, Twitter, Instagram) and gathered in a newsletter. Our(s) chose a freemium model. In other words: some articles and news items will be free, others will be reserved for subscribers.

“During the first six weeks of the launch, all articles will be freely accessible so that everyone can discover Our(s),” said the editor-in-chief. Afterward, it will be paid for, even if a showcase will remain: the subscription will be $216 (€199) year, with a preferential rate of $161 (€149) during the first month of the launch.

However, the newcomer will not totally abandon the paper format: “We will also publish a quarterly magazine. The first 56-page issue will come out in April,” said Julien Servant. The Lyon-based graphic agency Kiblind has been entrusted with the production of the mock-up.

The originality of the approach, very much in the spirit of the times: the subscription campaign was opened on the KissKissBankBank crowdfunding platform on Friday, February 21st. The declared objective is to gather the first 100 subscribers within a month.

“Subscribers will have access to the entire site and its information, as well as to the quarterly review,” emphasized Julien Servant. According to Mathieu Ozanam, “the objective is to reach at least the 500 subscribers that InterMedia had gathered, if not more.”

The remaining two-thirds of the financing of Our(s) will be based on a powerful pay-per-view web platform that aims to bring together the entire regional com’, marketing and advertising community, following the example of the former Guide d’Intermédia, which will be swapping its paper version for a digital version for the occasion.

SEE ALSO  House of the Company of Burkina certifies 23 consultants

This platform will provide a basis for “developing events,” in this case conferences, debates, networking evenings, symposiums, award ceremonies, etc.

First published in LYON ENTREPRISES, a third-party contributor translated and adapted the article from the original. In case of discrepancy, the original will prevail.