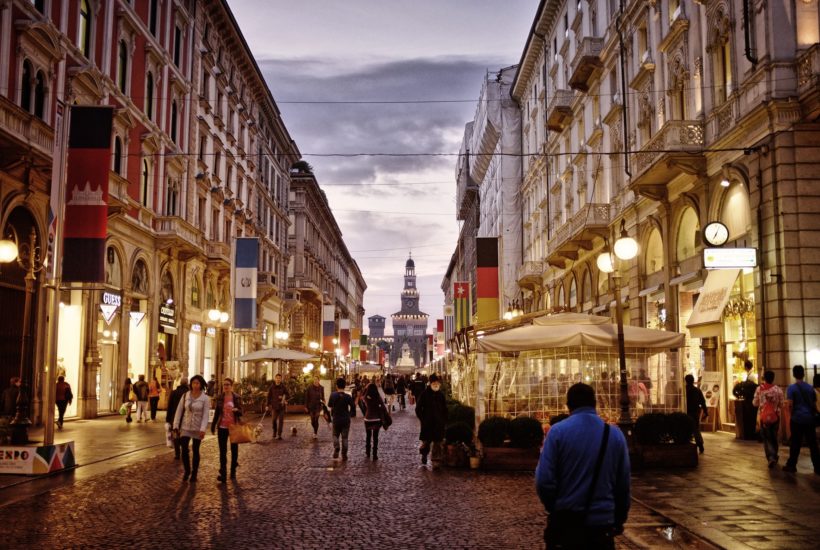 New record for the Italian real estate equity crowdfunding platform Concrete Investing, which raised $2.8 million (€2.5 million) for the Colonne di San Lorenzo – Gate Central project in Milan. The campaign was financed in just 14 days by 190 investors, with an average ticket of $14.500 (€13,000). Thanks to that, the campaign reached the maximum funding target, with overfunding of 167% compared with the minimum target of $1.68 million (€1.5 million). The fundraising, also open to retail investors, was launched last May 15th and closed in just 14 days. The expected annual rate of return (IRR) will be higher than 13% and investor protection clauses are also in place.

Find out more details about the latest successful project launched on the Concrete Investing real estate crowdfunding platform and be the first to find out the most important business news in the world with our companion app, Born2Invest.

Sponsor of the operation in the Colonne di San Lorenzo area is Building spa, a company founded in 1983 in Turin, specializing in luxury real estate and real estate innovation, in Italy and worldwide. The company Building has projects in China and Russia, while in Turin it has distinguished itself for some operations to safeguard buildings of historical value and their transformation into prestigious contemporary houses, open and in connection with the city and its energy.

The architectural project of Gate Central, on the other hand, is handled by Citterio-Viel & Partners, an architecture and design studio recognized as one of the most important companies in the sector in Italy. The company is specialized in the design of large public and private projects with an international portfolio.

The newly funded real estate project will be located in Corso di Porta Ticinese 32, overlooking the Colonne di San Lorenzo, one of the symbols of Roman Milan. The building will have six floors: two underground and four above ground. The ground floor and the first basement will have commercial use, the second basement will be used as a garage, while on the other floors 14 residential units of various sizes will be built.

The facade of the building has been designed to blend perfectly with the surrounding context, while the residential units, divided into 3 studio apartments, 5 two-roomed apartments, 5 three-roomed apartments and 1 penthouse apartment, will have, inside, high quality materials, latest generation systems and quality finishes. The building will stand out for quality, design, technology, innovation and sustainability, as well as respect for the surrounding historical fabric. The reclamation works will be completed by September 2020, after which the construction activities will start, whose completion is scheduled for the first part of 2022.

“In a complicated national and international context, the success of this collection confirms the appreciation of our strategy, which has always focused on real estate transactions of primary standing proposed by operators of great experience and solidity, with adequate structures to open up to the market. Such broad participation is proof that the attention we pay to the conditions reserved for investors, and in general to the structures of the financial products we present, is of great interest to both professional and retail investors, even at a time of uncertainty such as the one we are gradually emerging from. These peculiarities will be confirmed also in the next projects in which we are already engaged and which we will present in the next period”, commented Lorenzo Pedotti, CEO of Concrete Investing.

Piero Boffa, founder, and president of Building spa, added: “Gate Central is the first important part of a wider investment action of our Group in Milan, designed to give a positive signal to the city and further promote its restart, importing our concept of luxury living. A signal that was received in a decidedly favorable manner, considering the attention immediately attracted by the project. Crowdfunding is now a consolidated phenomenon on a global level and we think it has been fundamental in this phase, having given a wider audience of non-institutional investors the opportunity to participate in our operations, providing an excellent vehicle for promoting our project.”

With the conclusion of this project, Concrete Investing has raised more than (€10 million) in capital for 7 projects. In 2019 it raised: over $1.68 million (€1.5 million) in November 2019 for the Terminal Tower, San Cristoforo in Milan; $1.12 million(€1 million) in September 2019 for Le Dimore di via Arena in Bergamo Alta, as part of the partnership with Immobiliare Percassi; $1.68 million (€1.5 million) for ELLE Building in Milan in July 2019, the first campaign in a series as part of an exclusive partnership with the Borgosesia group; $1.12 million (€1 million) for the Gracchi7 project in Milan in March 2019.

Last February, Concrete Investing raised $2.8 million (€2.5 million) in 24 hours for the construction of the Bluestone real estate project in Milan, which received over 150 adhesions. However, as the maximum funding for this operation was set at $2.24 million (€2 million), Concrete Investing was able to accept most of the adhesions and repay the excess investments. In any case, this is a record collection for the real estate crowdfunding sector in the city of Milan, both for the speed of collection and the amount of capital.

SEE ALSO  Why SEO is a must for your business

Moreover, in January this year, Concrete Investing made its first exit: investors in the Torre Milano real estate project, developed by OPM (Impresa Rusconi and Storm.it), were remunerated with a definitive return of 11.86% after 12 months. Torre Milano was the first campaign launched by Concrete Investing in December 2018. The campaign ended with the achievement of the maximum collection target, at $840,000 (€750,000), as part of the exclusive partnership with Impresa Rusconi.