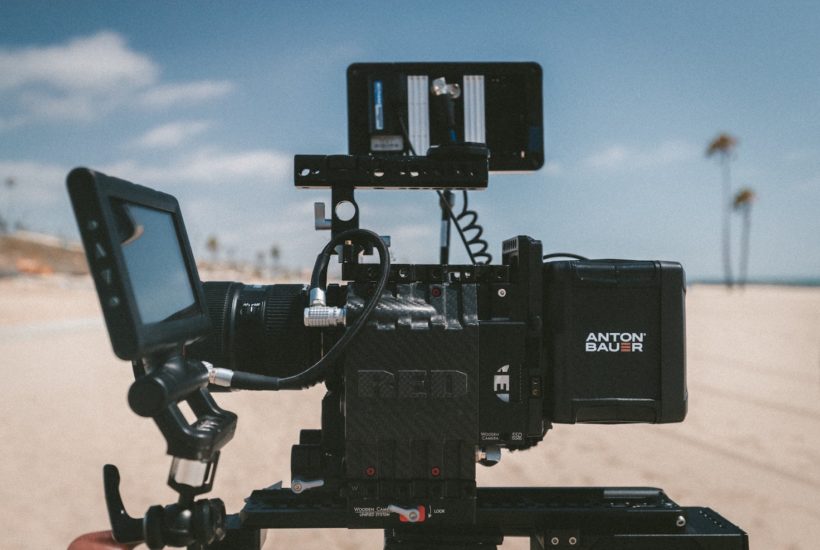 Over the last twenty years or so, the production of TV series has been booming, equaling some film productions in terms of ambition and quality. The overall success of the American series has demonstrated the sector’s potential for economic growth, job creation, and international exports.

This is a new market which the Maghreb, in Northwest Africa, wishes to break into. However, the offer of training, particularly for the writing and creation of TV series is still almost absent, making this a challenge.

This is why the Permanent Conference of the Mediterranean Audiovisual Industry (Copeam) has launched the Fiest project (International Training for Television Series Writing). This is the first international training in television series writing delivered in Maghreb. This Euro-Mediterranean partnership, whose pilot training course has just been completed, brings together five film and audiovisual schools which have chosen to add this training to their educational offer: Alba (Lebanon), Esav (Morocco), Insas (Belgium), Ensav Toulouse (France), and Esac (Tunisia).

To be selected, students must hold at least an undergraduate degree or have a minimum of four years of work experience.

From November to May 2018, the pioneer cohorts had access to free training via the film school. “The students first worked on the structure of a serial narrative, then on the process of writing the bible and finally on writing the pilot for the first episode of their project,” explained Vincent Melilli, director of Esav in Marrakech.

The theoretical training, accessible via an e-learning platform, is accompanied by practical workshops. “Each school did a local interview with directors and producers to get an approach of the economic system, the making and writing of a series according to the specificities of the country,” said Lassad Jamoussi, director of ESAC in Tunis.

Pupils from the different partner film schools, formed in groups, proposed eight final projects, two of which came from Ensav and one from Esac. Oussama, who has a master’s degree in filmmaking from Ensav, wrote the screenplay for “The eyes that see it all,” a detective and metaphysical thriller. “I was more used to writing short films. This training was really beneficial, it helped me understand that writing series has nothing to do with other forms of fiction. Here you have to think about the story differently, imagine a crisis that doesn’t end so that it can be broken down into episodes and then into seasons.”

For the moment, like his Moroccan and Tunisian comrades, Oussama has not yet managed to sell his project. “In Morocco, national television couldn’t broadcast our series. The shots and dialogues are too daring. The international platforms, for their part, would have a problem with the Moroccan specificity that characterizes our project. We’re going to rework the script to find a balance between the two,” explained the young graduate.

A changing market and uses

In Arabic countries, the national production of television series is devoted almost exclusively to the period of the month of Ramadan. But in Tunisia, some private channels are taking over this new market and producers are specializing, competing with the usual Turkish series dubbed into Tunisian.

Nevertheless, the gamble remains risky: “The calculations that have been made on this occasional and precarious market are not perfectly stable. This year, for example, it has been observed that on contract proposals for the production of new series, producers are all trying to make savings on essential and current expenses,” regretted Lassad Jamoussi.

In recent years, the market for series has been mainly driven by streaming platforms such as Netflix or Amazon Prime. By producing and buying series themselves, they have become key players in the sector. “Netflix’s new strategy is to produce a series that combine international standards and local specificity. This enables them to be as close as possible to the expectations of local consumers,” explained Hélène Laurichesse, head of the production course for the audiovisual creation master’s degree at the Ensav film school in Toulouse.

The public is also showing an interest in locally specific dramas: “Even though everyone watches American series, more and more viewers want to discover other cultures, other points of view. It’s a real trend that the southern Mediterranean countries have to surf on,” added Hélène Laurichesse.

This is the gamble Vincent Melilli made when he integrated his film school into the Fiest program: “When the school opened in 2006, I hesitated to open a screenplay course but I didn’t see any professional opportunities. Since then, however, the series has developed significantly. Although there are no private channels in Morocco, other channels have developed on the Internet and via broadcasting platforms. This is a very important opening,” explained the director of Esav Marrakech, before adding: “Young Moroccan producers have just signed with Netflix.”

Aiming for the Arab market?

While this new market is attractive, it is not always very accessible to young graduates. “On these new platforms, a series must have international quality in terms of writing, character, images, and sound. If we want to achieve this and succeed in exporting, we have to train students capable of meeting this demand. That takes a lot of time and human and logistical capacity. Which we don’t always have,” said Rosy Raggi, head of the television department at Alba in Beirut and a partner in the FIEST program.

According to Lassad Jamoussi, the Tunisian market is also insufficiently equipped to allow sustainable development of this activity on an international scale. This is why, according to the director of Esac in Tunis, we must target the Maghreb and Arab market whose themes are similar: “The pains, experiences, and prospects are the same!” he observed.

The only barrier? Local dialects. “To alleviate this problem, we want to teach our students the potential of dubbing in the same way as Turkish productions are dubbed into Syrian, a dialect understood by almost all Arabs. We have to take it into account from the moment we start dubbing so that it can be sold on channels like Saudi channel MBC, for example. These are the avenues that future producers must develop in order to import Tunisian content internationally.”