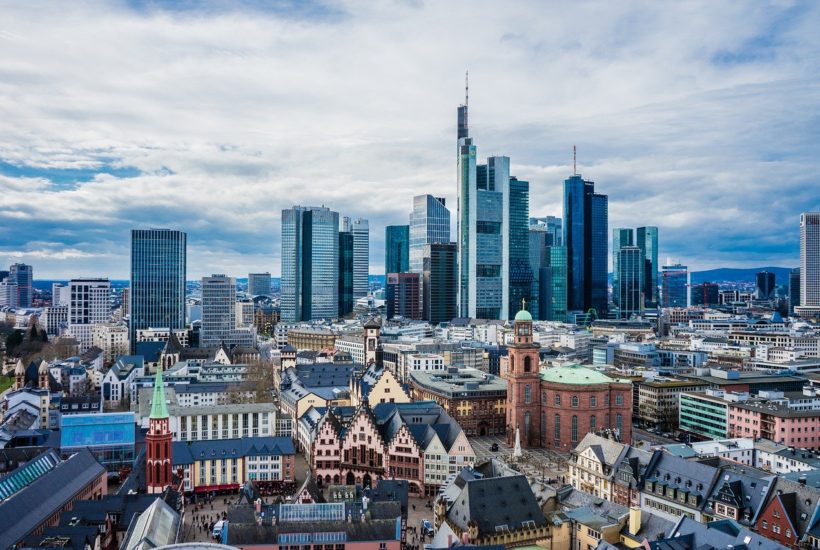 The state government of Hesse would support a cannabis model project in Frankfurt. The Greens also want to involve the communities in the surrounding area.

Frankfurt could become a pioneer in decriminalizing cannabis use. The Frankfurt Greens Member of Parliament Marcus Bocklet said on Tuesday evening in the Social Affairs Committee of the Hessian State Parliament, the possible new Römer coalition of Greens, SPD, FDP, and Volt wants to examine such a model. In doing so, they want to start it together with surrounding communities, “so that not everyone goes to Frankfurt.”

Such a project would have to be approved by the federal health minister. The black-green state government showed itself ready to support a model project. Social Affairs Minister Kai Klose (Greens) stressed that the impetus would have to come from the municipalities. “I cannot force any municipality to go this way,” he said.

Read more about the legalization of cannabis in Frankfurt and find the latest cannabis news with the Hemp.im mobile app.

Frankfurt: Plan of the four-party alliance in matters of cannabis

In their coalition agreement, the four parties in Frankfurt agreed: “For the regulated dispensing of cannabis to adults in Frankfurt, we want to establish a model project taking into account youth protection aspects. Regulated dispensing would have the potential to protect consumers: inside, relieve the judiciary and reduce the illegal drug trade.” So far, however, it is uncertain whether the coalition will materialize because the FDP’s base has refused to give its consent.

Independent of such model projects, the state can determine how much cannabis is considered a quantity for personal use. In these cases, possession is not prosecuted due to insignificance. In Hesse, the upper limit is six grams.

The amount of cannabis a person could carry

The legalization of cannabis would only be possible through a federal amendment to the Narcotics Act. However, the prosecution can be waived due to insignificance. The federal states define what quantities are considered minor.

Six grams of cannabis has been set as the upper limit in Hesse. In other federal states, the limit is sometimes ten or a maximum of 15 grams. pit

The Left Party in the state parliament requested that this limit be raised to ten grams. Up to 15 grams, the police and public prosecutor’s office should be able to refrain from prosecution “depending on the individual case”. This would be in line with the values that apply in Berlin. In addition, the Left Party wants to allow “a limited personal cultivation of up to four cannabis plants without prosecution” in the future.

The Left Party wants to go down this path “as long as we do not have an overall legalization of cannabis products in the Federal Republic,” said Christiane Böhm, a member of the Left Party. However, her motion was rejected. SPD and FDP abstained, while CDU, Greens and AfD voted against.

All parliamentary groups except the CDU had shown themselves open to a discussion about decriminalization. SPD member Daniela Sommer said that cannabis consumption, like drinking alcohol, was a “social reality”. However, in her opinion, the Left Party’s proposal falls short on addiction prevention and counseling, which would have to accompany decriminalization.

Sandra Funken, a member of the CDU, was the only one to express the view that the greater availability of cannabis would lead to greater consumption and greater danger. Experiences in other states showed that the black market would not disappear. In addition, Funken argued that the quantities proposed by the leftists went far beyond personal consumption.

Bocklet, on the other hand, advocated decriminalization. He said he lacked good arguments when young people pointed out that alcohol was “the biggest scourge in our country” but was consumed legally. The Greens nevertheless rejected the Left’s motion because this was a topic on which there were differing views in the governing coalition.

(Featured image by LNLNLN via Pixabay)

First published in Frankfurter Rundschau, a third-party contributor translated and adapted the article from the original. In case of discrepancy, the original will prevail.