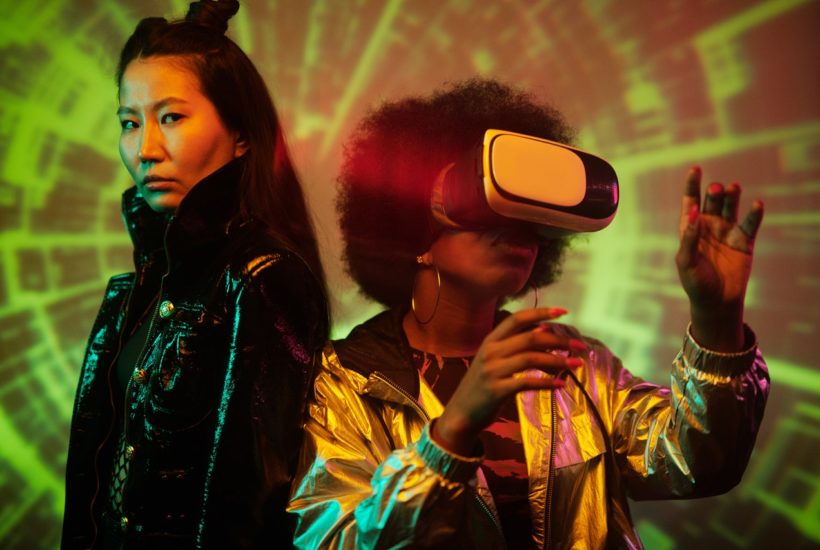 Satya Nadella, CEO of Microsoft Corporation (NASDAQ: MSFT), believes that three key technologies will shape our future. One of these might surprise you, but it is also the one on which XRApplied and Microsoft can both agree: Extended Reality (XR).

Aside from XR, the two other technologies that Nadella listed are Artificial Intelligence (AI), and Quantum Computing.

The first of these, Artificial Intelligence (AI), is perhaps already here, with self-driving cars, human-like text generation, and countless other traditionally-human tasks which we are automating. While the potential for advancement is still huge, there’s already a clear path forward for integrating AI into our society and plenty of real-world projects already making significant impacts.

The same can’t be said for the second: Quantum Computing. Whilst there have been some successful quantum computing efforts, these act more like proofs-of-concept than the game-changing machines that Nadella is imagining. The technology just hasn’t advanced far enough yet.

Then, of course, we return to XR—the third and final technology on Nadella’s list.

What exactly is Extended Reality?

Extended Reality is a broad field that encompasses a range of technologies. Generally speaking, the term covers three main areas of technology that seek to either replace or blend physical reality with virtual digital worlds.

Virtual Reality (VR) is the most obvious technology that falls under the XR umbrella, and is probably the one that needs the least introduction. In a nutshell, VR implies that the user is immersed in an entirely alternate digital reality, with no connection to the natural world. The most common of such experiences currently take the form of video games and 3D, 360-degree video content.

Next on the list—and somewhat at the opposite end of the scale—is Augmented Reality (AR). Unlike VR, AR doesn’t attempt to create an alternate reality; it merely ‘augments’ the real world. This augmentation is often achieved by overlaying digital elements into real-world environments. Some popular examples of AR technology are Pokemon GO and Snapchat filters.

Then, sitting between AR and VR is Mixed Reality (MR) which, unlike VR, doesn’t attempt to replace reality. However, whereas AR is mostly limited to simple information overlay, MR instead seeks to create a blended hybrid reality, in which digital and real-world elements are brought to interact and coexist with one another. Of all the XR technologies, MR is the least understood, but it is also the one in which tech giants like Microsoft and Facebook are pouring all of their money. This is where they see the future—a world where the real world and digital information come together as equals.

The hardware is here, so what’s holding progress back?

There are two sides to the XR equation: hardware and software. For several years now, the hardware has been the central focus of XR progress, and with good reason. Without the required lenses, sensors and other parts needed to deliver the experience, there was little point pushing software development too far forward.

But that’s about to change now, and XRApplied sees the opportunity opening up.

With advances like Microsoft’s HoloLens now reliably delivering XR experiences in a sufficiently compact form, the hardware is now well ahead of currently available software. With the rollout of 5G technology set to accelerate the advancement of hardware even further—its low latency and high bandwidth enable the offloading of real-time computing into the cloud—it’s now software’s turn to catch up.

Why XRApplied is making XR SDKs

In any field of early-stage software development, developers face a set of common challenges. One of the most prominent of these is the need to create rather generic components for their products from scratch. Whether they be algorithms that determine how the software interprets sensor inputs or simple things like how text is rendered and displayed, these simple things pose enormous time-sinks.

As a field of software development matures, developers eventually create what are called Software Development Kits (SDKs). Essentially, these are kits of recyclable drop-in components that other developers can drop into their applications. They can include everything from low-level tools, like compilers that interpret human-readable code into computer instructions, right through to packs of visual elements, like texture and lighting tools.

By having kits like this available, developers can then create new programs and concepts much quicker and at a far lower cost than if they had to develop everything from scratch. It’s like the old adage: why reinvent the wheel?

The future is coming soon, and XRApplied is making it happen

There is a reason to get excited about what XRApplied is doing, and it’s not because the details of their SDKs are fascinating to the ordinary person. That side of it is a bit like quantum mechanics—a few random tidbits of information can be fun, but the details are like $8#(%7(*@-49837@#$8-#$987. (The details are just incomprehensible codes to the layman.)

The reason we should be excited, however, is what their technology enables: dramatically cut down developer team sizes, reduced costs and improved time-to-market.

Ultimately, what this will result in is more developers working on the meat of their applications, rather than being bogged down in building out the skeleton first. The natural consequence of this is many more ideas making it into production, driving creativity and innovation even further—it is often through play rather than pure thought that we discover new ideas.

As all of this begins to accelerate, and XR technology finds its way into our daily lives, XRApplied will become to be known as one of the XR software pioneers, much the same as brands like Oculus have in the hardware space.