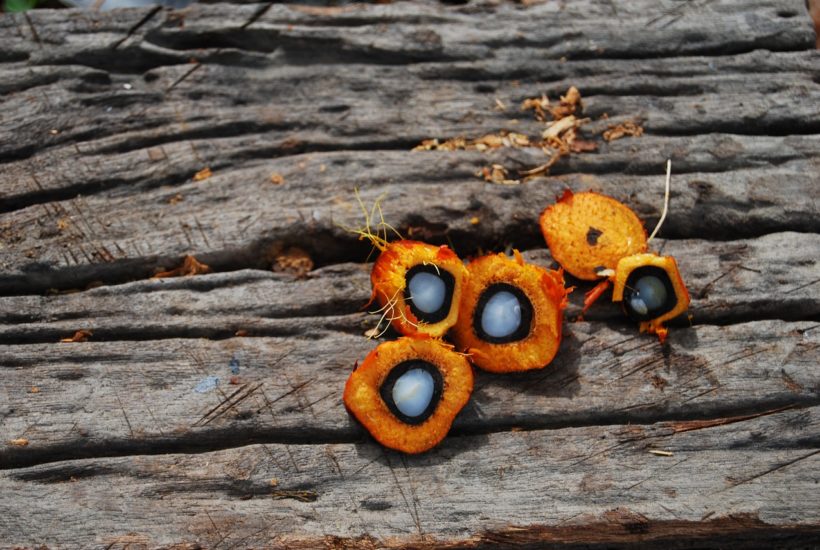 Wheat: Wheat markets closed lower again last week as the weekly export sales report once again showed poor demand. The USDA reports released Wednesday showed less domestic and export demand and higher than expected ending stocks levels.  The Wheat seedings report showed more than expected planted area, especially for Soft Red Winter.  It remains dry in the western Great Plains with no real relief in sight.  Ideas had been that the US will have good demand for Wheat as the rest of the northern hemisphere is short production this year but so far demand has been average or less against previous years.  Futures have been moving lower since late November because of the poor export demand and might be finding a bottom now.  Offer volumes are down in Europe. Dry weather in southern Russia, as well as the US Great Plains and Canadian Prairies, caused a lot less production. The lack of production has reduced the offers and Russia has announced sales quotas. Australian crop quality should be diminished.

Corn: Corn closed lower last week and the short-term trends remain sideways.  USDA showed disappointing export sales in the weekly report on Thursday and rains are on the way to help dry soils in South America. USDA on Wednesday increased US Corn production by a little bit and did not cut Argentine and Brazilian Corn production estimates as much as it could have. Demand was also trimmed on the domestic and export side, with domestic food, seed, and industrial demand cut.  Ending stocks were about 1.500 billion bushels. The markets heard about potential improvement in growing conditions in South America.  Support came from dry conditions continue in South America have been affecting summer Corn and Soybeans production. However, showers are now predicted for southern Brazil and the situation there should become more stable. Northern Brazil is expected to be drier to help with conditions there. Most of Argentina will stay hot and dry while Brazil gets its showers.  It is also hot and dry in Paraguay and parts of southern Brazil.

Soybeans and Soybean Meal: Soybeans and Soybean Oil closed lower on the disappointing weekly export sales report and as rains are forecast to return to dry soils in South America starting this weekend.  Soybean Meal was higher on a significant rally seen Friday that was apparently triggered by a Spanish purchase of 100,000 tons. USDA on Wednesday showed less production of Soybeans for both Brazil and Argentina than the trade had expected. USDA showed a slight increase in production in the US and also an increase in ending stocks levels, but it was the South American estimates that caught the eyes of the market. The rains so far this week mostly fell in northern Brazil with southern Brazil, much of Argentina, and Paraguay still mostly dry. Showers are now in the forecast for southern Brazil this week and in parts of Argentina. The rains are timely and will help crops in these areas. The dry weather in southern Brazil and in Paraguay and Argentina had been helping to feed the rally and the forecasts took prices lower. Rains are expected in southern Brazil growing areas and Argentina this week.

Rice: Rice was sharply higher on Friday but lower for the week. The USDA reports showed less production and imports and smaller ending stocks. Demand was trimmed as well, but the supply was cut more. Futures and cash market trading have been quiet until now and the cash market is still quiet but domestic mill business is around everywhere.  Many producers are not interested in selling. Mills are showing more interest in the market as previously bought supplies start to run low. The cash market is reported to be relatively strong as prices have held firm despite the quiet activity.

Palm Oil and Vegetable Oils: Palm Oil was lower last week on what appeared to be speculative long liquidation. There are still poor production conditions in Malaysia and Indonesia. Traders are mostly worried about demand from India who has been buying Soybean Oil in the US instead of Palm Oil from Malaysia and Indonesia and is also worried about China and its demand for Palm Oil for biofuels. Production conditions have been very poor and workers are not often in the fields. Canola was lower again and price trends are starting to turn down. The forecasts for rain are hurting Canola as well as Soybeans prices. Farmers are bullish and reluctant to sell because of the sharp reduction in Canola production in Canada this year. The buy-side thinks that Canola is fully priced but the farmers are still holding out for more. Chart trends are down for the daily charts and futures are at the low end of the trading range on the weekly charts after a failed move higher.

Cotton: Cotton futures closed higher last week as USDA said that export sales were very strong and well above the previous four-week average. The USDA reports from Wednesday showed less production but also a little less demand.  Demand was cut on the export side but increased for the domestic side.  Ending stocks were trimmed to 320,000 bales from 340,000 bales in the previous estimate. It’s been a demand market and prices have been sideways waiting for demand to catch up to the price. Ideas are that demand remains strong for US Cotton even with the weaker export sales reports over the last couple of weeks.  Analysts say the Asian demand is still very strong and likely hold at high levels for the future. US consumer demand has been very strong as well despite higher prices and inflation. Good US production is expected for next year as planted area is expected to increase due to high cotton prices and the expense of planting Corn.  Chart trends are up in this market.

Frozen Concentrated Orange Juice and Citrus: FCOJ was higher and made new contract highs and trends are still up on the daily charts on the reduced Florida Oranges production estimates. USDA cut its Oranges production estimate for Florida but increased production when compared to the last report for the whole of the US. Production overall remains less on a year-to-year basis. The freeze season is coming to Florida but the weather remains generally good for production in Florida and around the world.  Brazil has some rain and conditions are rated very good. Brazil production was down last year due to dry conditions at flowering time and then a freeze just before harvest. Weather conditions in Florida are rated mostly good for the crops with a couple of showers and warm temperatures. Mexican crop conditions in central and southern areas are called good with rains. Northern and western Mexico is rated in good condition.

Coffee: New York was higher last week and London closed lower as the logistical and production problems in Brazil and Vietnam are still around. Producers and speculators seemed to be the best sellers.  Trends in London have turned down but trends in New York are still sideways or up. The dry weather and then the freeze in Brazil have created a lot of problems for the trees to form cherries this year.  Big rains more recently in some Brazil growing areas have hurt cherry formation as well. Containers are not available in Vietnam or in Brazil to ship the Coffee.  Brazil farmers have sold about 82% of the Coffee this year, from 74% average. Vietnam producers are also selling and some of the Robusta is going to the exchange in London as differentials have weakened. The harvest in Vietnam is now about 90% complete. Vietnam is getting scattered showers on the coast but dry conditions inland.  The rest of Southeast Asia should get scattered showers in the islands and mostly dry conditions on the mainland. Production conditions for the next crop in Colombia are not good.

Sugar: New York and London were higher last week, with London leading the way as the market tries to ensure that there will be enough White Sugar production and imports from India and Thailand.  Ideas are that stronger Crude Oil prices imply stronger ethanol prices for more ethanol production and less Sugar production in Brazil.  There have been reports of improved growing conditions for the crops in central-south areas of Brazil.  Sugar crops in these areas got a lot of help from the recent rains but many of these areas are drier again. More showers are in the forecast for central south areas this weekend and into next week and crops should benefit from the return of moisture to the region.  Ideas are that the supplies are available from India and Thailand as harvests there are off to a good start but it will take a stronger price to get them into the market. Trends are turning mixed or up in the market as futures are forming a bottom.

Cocoa:  New York and London were both higher last week on ideas of better demand as the weather is generally good for West Africa and Southeast Asia.  Trends are turning up again in both markets.  Ideas are that demand will only improve slightly if at all and production in West Africa appears to be good this year.  Both Ivory Coast and Ghana are reporting improved weather as it is now mostly sunny with some scattered showers around.  Some farmers want more rain for the best Spring harvest results.  Ivory Coast said that it has ground 52,000 tons of Cocoa in December, up 2% from last year. Year to date arrivals in Ivory Coast are now 6.4% below last year.  Ghana arrivals are down 53.9% from last year. Fourth-quarter grind data from Europe and North America, will be released next week.  The Asian grind data was released on Friday and showed a 6% increase in the grind.

(Featured image by Orienterungslust via Pixabay)