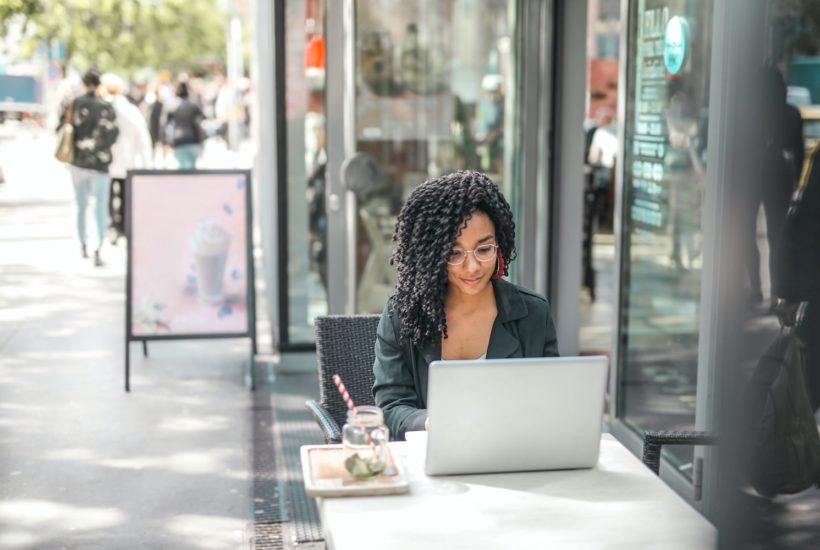 While m-payment remains dominated by English-speaking players, PayDunya, the Senegalese fintech company intends to impose itself on the West African market, before conquering the rest of the continent. Inclusiveness and security are the key words of the startup, which is multiplying digital solutions adapted to a local ecosystem that is singularly under-banked.

“Our PayDunya platform is designed to strengthen Africa’s digital ecosystem by supporting the digital transformation of businesses, whether formal or informal, and financial institutions,” said Aziz Yerima, CEO and co-founder of PayDunya.

Launched in 2015 by Youma Fall (Senegal), Christian Palouki (Togo), Honoré Hounwanou (Ivory Coast) and Aziz Yerima (Benin), the idea of creating this fintech company was born on the benches of the university.

“In 2013, I participated in helping a women’s economic interest group in Pikine, as part of a student association. We designed a website for them, but we were not able to pay for the hosting of the site, because we did not have a bank card (…) We then tried to integrate Paypal on the site for customers from the diaspora, but there again, we were faced with a wall, because we did not have a bank account in a Western country. At that point, I realized how excluded we were from online payment financial services” explained Aziz Yerima. “However, even my grandmother has a cell phone, so today any African can access e-payment,” he continued.

Find out more about the new Paypal for Africa, PayDunya, and read the latest business news with our companion app, Born2Invest.

The company’s efforts have eventually paid off

The “PayDunya” adventure has not been a sinecure, both in terms of partnerships with banks, mobile money and money transfer operators, as well as companies that had to be convinced of the merits of this digital migration. In addition, the startup also had to deal with human resources that are still too scarce in the fintech sector on the continent.

Nevertheless, 5 years later, the results are there. “We have 600 active client companies. For the year 2020, we are reaching an average of 50,000 transactions per day with peaks at 65,000 transactions,” said the young entrepreneur. The fintech company employs 54 employees of about ten different nationalities and recorded a turnover of $2.96 million (€2.5 million) in 2019.

According to a study conducted by PayDunya on the eve of the COVID-19 crisis in Côte d’Ivoire and Senegal, despite the alternative solutions to the low rates of bankization at the regional level, nearly 47% of respondents remain reluctant to digital means of payment. “In Africa, when we talk about the Internet, we instantly think of the phenomenon of mobile money scams. This raises some concerns,” explained Aziz Yerima.

SEE ALSO  Coronavirus and the trade war, the challenges of the global economy in 2020

A study published earlier this year by DataProtect in Morocco revealed that sub-Saharan banks were particularly vulnerable to cyber-attacks, estimating the cost of cybercrime at $4.14 billion (€3.5 billion) in Africa and $625 billion (€528 billion) worldwide. Of the 148 banks surveyed in the West African Economic and Monetary Union (WAEMU) as well as in Central Africa (Gabon, Congo, and DRC), more than 85% said they had already been victims of cyber-attacks including bank card fraud and phishing (in about 30% of cases).

In order to convince as many users as possible, the startup has emphasized security, via its PayDunyaSecure program for all operations. Among the security protocols put forward by the company, Tokenization, Time Out, OTP (One Time Password), All Or Nothing, API keys, Checksum, PayDunya PAL, are all measures taken by the company to reassure worried customers and convince prospects. “We should obtain the highest standard in terms of financial transaction security, the PCI DSS (Payment Card Industry Data Security Standard) by next November,” emphasized Aziz Yerima.

PayDunya: a Paypal for Africa?

“Paypal may have been created by an African, but not for the African market” (Elon Musk, born in South Africa), explained Aziz Yerima who sees a niche to be taken. “Our ambition is pan-African and we have to create our own model,” he explained.

“Originally, we were inspired by Paypal (…) We started with mobile money before launching bank card payment services. We then developed physical means of payment through a network of partner stores. We are gradually enriching our range of solutions. To date, we offer Webpay (receiving payments on the website), Mobpay (receiving payments on mobile application), DmP (sending invoices by email or SMS), Collect (collecting payments on a recurring basis and automated by email and SMS) and Push which allows thousands of people to pay in 1 click on their mobile money, bank or cash accounts. Recently, with Social Shop, corporate customers can create their e-shop on social networks in 5 minutes.”

“There are no large international groups such as Paypal in Africa, because on a continent where the rate of bankization is around 10%, the African market remains very limited,” said Aziz Yerima. However, the situation has been evolving for 5 years, without having “reached this economy of scale that would make Africa attractive to these major players,” he added. With an e-commerce penetration rate of 2% to 3% on average on the continent (15% to 18% in Asia), the sector offers good prospects.

“We must create our own model, like what happened in China. Social Shop – our click and pay solution – is one of the African solutions we offer. We are also developing the “offline to online” through our network of partner shops,” adds Aziz Yerima, adding that “everything is free with us. We only get paid if there is a successful transaction to which we apply a percentage, a bit like Paypal. We charge between 1.5% and 3%. For each customer, PayDunya proposes an adapted accompaniment as well as a precise development plan.”

Among its successes, the fintech company counts the support of Fabellashop, one of the leading sites of cosmetics in Senegal. Present in Ivory Coast, Benin and Senegal, the startup will enter the market in Mali and Burkina Faso by the end of the year.

Finally, in spite of the health context which has disrupted PayDunya’s development prospects, the startup aims to be present in about twenty countries in the medium term, including in the English-speaking regions of Africa.

First published in LA TRIBUNE AFRIQUE, a third-party contributor translated and adapted the article from the original. In case of discrepancy, the original will prevail.