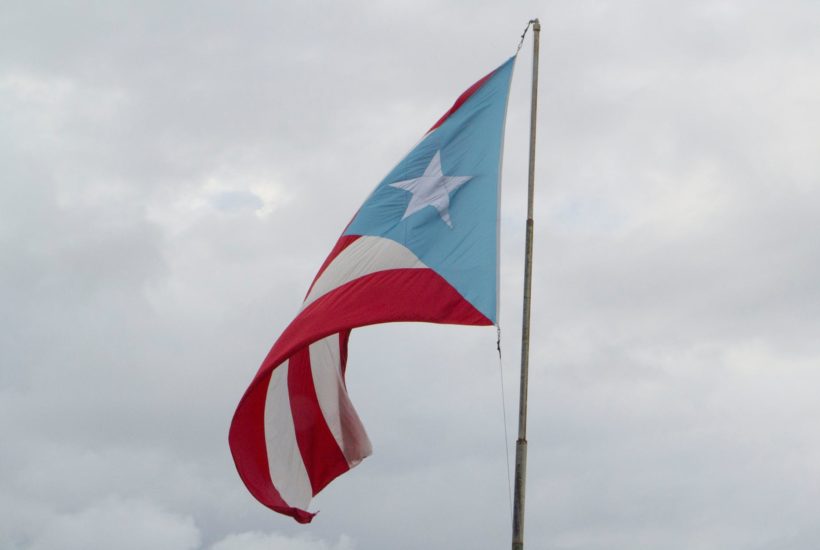 Now, Puerto Rico’s fiscal managers, a group known as the PROMESA board, an entity that Congress created, claims those bonds are worthless.

While investors put down their hard-earned cash to buy the bonds, the board members have claimed in court that, because the debt issuance put the island over its legal debt limit, the debt should be canceled.

Note that the board isn’t asking to reverse the transaction—as in, give investors their money back. They are lobbying to erase the debt so that the Puerto Rican government keeps the funds and the investors get stiffed.

Investors are fighting back, but chances are the oversight board will win.

Detroit did the same thing in 2014, and Chicago looks like it could be next on the hit list.

The oversight board claims that zeroing out these investors while paying others $0.45 to $0.55 on the dollar is the way to bring Puerto Rico back to financial stability.

But debt isn’t their only problem.

They have pension problems that make Illinois look like a good actor.

Puerto Rico owes roughly $45 billion to its pension fund. These are payments due to almost 170,000 retirees that mostly live on the island and count on the cash to live. The government has zero, nada, zip in the pension account.

After running out of money a couple of years ago, Puerto Rico went to a pay-as-you-go system. It ditched all of the pension scheme payment programs for public companies, utilities, the courts, municipal governments, and other covered entities, and came up with a simple percentage of payroll that must be paid in to cover current pensions payments due.

SEE ALSO  Some of the world’s most beautiful banknotes

The approach puts nothing away for the future and therefore, doesn’t amass funds that can earn investment returns.

But Puerto Rico can’t even manage to get this right.

The Financial Oversight and Management Board for Puerto Rico, an organization tasked with maintaining funding benefits for all retirees, recently issued a report in which it commented:

“It is very troubling that 20 municipalities and seven public corporations are also not remitting individual employee payroll withholdings for that employee’s defined contribution retirement account.”

The program that the Puerto Rican government ran into the ground by stealing the money and using it for other purposes is now even further behind as participants refuse to pay.

The report goes on, “Continued payment of retirement benefits without reimbursement from these employees is an unauthorized expenditure under the certified budget and every effort must be taken to collect these delinquent debts or offset these incremental unbudgeted expenses within other areas of the budget.”

Wow. So, it’s a problem when entities won’t pay the government, but when the government doesn’t make good, it can simply walk away?

The point of the story is straightforward. There is a bag. The bag was created by profligate politicians who over-promised and over-spent for years, leaving pensions woefully underfunded and city and state governments teetering on the brink of bankruptcy. They will not be held accountable. They went on to lucrative lobbying jobs.

The bag will be handed to investors who purchased bonds that will be declared worthless and taxpayers who will be required to fund huge deficits.

I’ve covered the list of problem children many times and will keep pointing them out. From Chicago and the state of Illinois to Stamford and the state of Connecticut, there are many cities and states that will use the everything-is-fine-until-it-isn’t routine to steal money from investors and then extort money from taxpayers.

Sell their bonds, move away from their jurisdictions.

Don’t be left holding the bag.