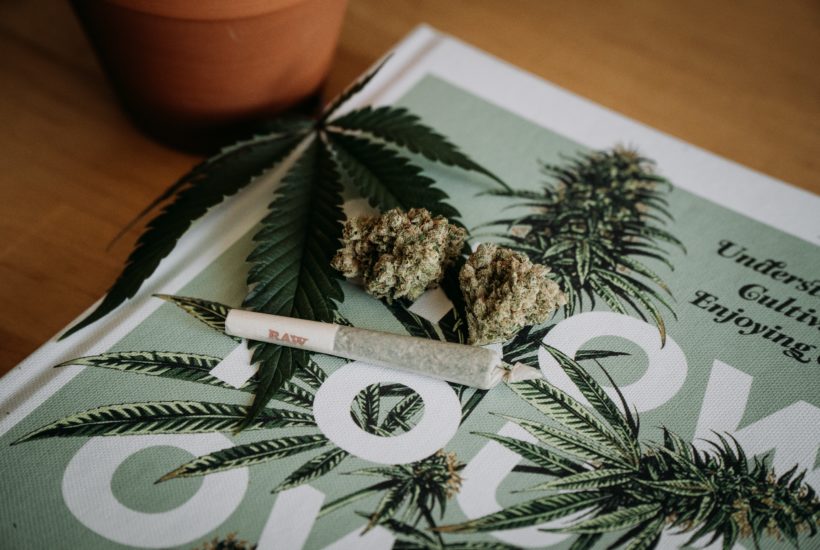 According to Trustt, the funding will allow it to complete its proprietary Trustt Trace platform and begin testing the technology with leading cultivators in the U.K., Ireland, Malta, Poland, Denmark, and Uganda in the spring of this year. When finalized, the company says its “blockchain technology” will track every step of a product’s lifecycle, from growing the seeds to packaging the final product, producing a digital record consisting of hundreds of data points.

Read more about Trustt and find other important cannabis news with the Hemp.im mobile app.

In the future, and with some collaboration with regulators, Mike Sikorski, co-founder of Trustt, believes this could not only allow growers to increase their prices, but also significantly shorten the compliance process, helping to reduce the time it takes for companies to bring their products to market.

Mike Sikorski says the completion of the platform will allow him to “achieve our vision of making cannabis products safer for consumers while helping producers stay compliant and more profitable.”

“If adopted, it will lower costs and make compliance checks easier, resulting in market growth and further increasing consumer safety.”

Along with its blockchain technology, Trustt is implementing its own standardized system of checks and balances, including lab testing methodologies, as well as its own B2B retail platform where products that meet these specifications will be listed.

Blockchain technology has gained prominence over the past decade in tandem with crypto-currencies, where it is used to verify and secure digital transactions. In a nutshell, it creates a digital record of a transaction or data point, copies it, and distributes it to all computers on a given network. This creates an immutable digital signature that cannot be altered or disguised.

While it has been an integral part of the meteoric rise of cryptocurrencies since it began to be used in 2009, blockchain’s ability to provide immutable traceability has seen it adopted in recent years by a wide range of industries, from healthcare to retail.

It is particularly well suited to the cannabis industry, as it not only allows medical professionals to be 100% sure of the specific strain they are prescribing but also allows customers to know where their product came from and what is in it.

Blockchain has been widely used in the cannabis industry in North America, but according to Mike Sikorski, not yet as widely in Europe.

“The idea for what we’re doing came to us, obviously, from North America and the solutions that are used there.”

“Looking at Europe, we were very surprised to find that there were none of those solutions here. This is the first time I’ve seen almost zero technology transfer between regions.”

Mike Sikorski added that while his company is not “reinventing the wheel” when it comes to blockchain, there is untapped potential to “optimize every aspect” of the supply chain.

In addition, he said producers who use Trustt’s technology will be “able to increase the price per gram obtained.”

“So that’s a very important element, we know from other industries, and from what’s happening in North America, that traced products can achieve up to 10-15% more per kg.”

The Trustt Trace platform will require growers at each level of the supply chain to record vital data points in a “distributed registry.”

For example, the seed supplier will record seed characteristics as well as certificates and compliance checks, and then the grower will record everything from the growth stages to the pesticides and drying techniques used, as well as their licenses, certifications, lab tests, etc….

In theory, all of this record will be accessible via Trustt’s platform, both to growers down the supply chain and to customers at the end of the product’s life cycle.

Through a “close partnership” with GS1, the international organization that develops and maintains standards for electronic barcodes, Trustt says the entire product lifecycle will be accessible by scanning a QR code printed on the product.

In its preliminary “module” focused solely on the growing process, which will begin pilot testing in spring 2022, Mike Sikorski says there could be more than 100 data points recorded in this stage alone.

“Our developers are finalizing the cultivation module right now, which has about 120 basic events. And that’s not counting the data points related to, for example, IoT integration that also feeds data into systems such as temperature and humidity that allow growers to maintain yield-to-yield consistency.”

The costs of digital tracking

While this sounds foolproof in theory, the costs associated with storing hundreds of data points for each individual product on a blockchain quickly pile up, potentially making these products very expensive.

Every time a “transaction” is made, such as adding a data point to the blockchain, a fee must be paid to process and validate it in the digital ecosystem, called a “gas fee.”

To reduce costs, Mike Sikorski says “not all data points are recorded on the blockchain,” but only “items that are important from a product quality and safety perspective,” such as lab tests, licenses, certificates, seeds and varieties, and drying, storage and distribution conditions.

Trustt will also give growers using its technology the ability to control exactly what is visible on the blockchain, in an effort to protect “trade secrets.”

“Producers are able to keep these things somewhat private. That’s also why we anonymize the records before they are published by the producer.”

Trustt will also not use a public blockchain, but rather a private one, which means the “cost of the technology shouldn’t be that high.”

This cost is factored into the price of using Trustt’s technology, and apparently won’t have “as big an impact on the price to the user,” with costs comparable to similar solutions in North America. “With the type of average production size, we’re probably looking at between one and two cents of average additional cost per gram.”