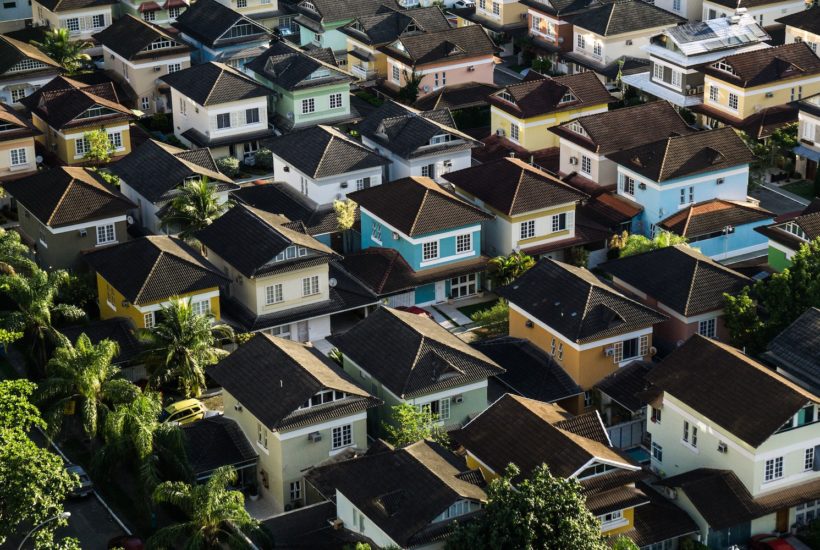 Real estate developer Ernesto Preatoni has launched an equity crowdfunding campaign on Mamacrowd to fund his new company dedicated to bare property, Preatoni Nuda Proprietà Crowdfunding Srl (PNPC). To date, the campaign has raised over $148.810 (€136.000), with a minimum target of $547.150 (€500.000) and a maximum target of $1.1 million (€1 million).

Read all the latest information about financial news from all around the world. Just visit the Born2Invest mobile app for the breaking news!

Great real estate at a discount

The company, founded in October of 2019, is now entirely owned by Preatoni Nuda Proprietà Srl (PNP). Founded by Ernesto Preatoni and his son Roberto, with an endowment of $16.4 million (€15 million) in July 2019. PNPC’s business model foresees the purchase of bare properties at a discount, thanks to a ready-to-cash offer, and the subsequent resale of the same bare properties at market prices, speeding up the buying and selling process and marginalizing the difference as global coordinator of the transaction. PNPC will commit the capital exclusively to buy bare properties at a discount in large cities or in their immediate hinterland, which can guarantee a quick resale of the bare property.

With the help of Preatoni Nuda Proprietà (PNP) and Preatoni Intermediazioni Immobiliari (PII), PNPC will then look for a final buyer to complete the purchase plan at the increased market price, reimbursing PNPC of the amounts advanced covering the difference between the price agreed with the seller and the market price. This is to later resell it at the full price to the final investor for $147.680 (€135.000), marginalizing $23.630 (€21.600) gross. To facilitate the completion of the transaction, part of this margin (5% or $7.383 (€6.750)) is turned over to the end customer in the form of a discount on the purchase, thus obtaining a gross company margin of $13.313 (€12.172).

In reality, the return will be even higher because the capital that PNPC will actually commit to the purchase will be reduced compared to the price agreed with the seller, due to the fact that only a deposit of about 30% will be paid at the time of the preliminary purchase, with the balance being sent back to the deed. PNPC will, therefore, use only $37.214 (€34.020) to carry out this transaction.

The value of the bare property

This gross capital gain will then have to be reduced by agency commission costs of 2%, the value of the bare property discounted to the market and a success fee to be paid to PNP (20% of profits). The experience of the Preatoni group allows us to state that the operations of disposal of bare property if discounted, compared to the market price, and if well selected, are concluded on average in 3-4 months. Cautiously we assume 6 months so the initial capital could be used twice a year, the second time increased by the net profits generated by the first. The net profit is, therefore, $3.598 (€3.290), equal to 9.7% of the capital actually used in the six-month period.

PNPC will have no start-up, development, marketing, and personnel costs. In fact, the higher costs, and therefore entrepreneurial risks, for the recovery of the properties and buying customers will remain with PNP, allowing investors in the crowdfunding campaign to see the entire subscribed capital used exclusively in the discount purchase and resale at full prices of the properties.

The campaign envisages an exit after the fifth year of PNP activities, through the disposal of the inventory of the bare property acquired and the distribution of capital and profits to shareholders. Should Preatoni Nuda Proprietà be listed on Aim Italia, there will be a share exchange mechanism between PNPC and the investors in crowdfunding, which will allow the latter to participate in the listing, putting them in a position to either liquidate their investment or keep the new shares.

There is also a third hypothesis for a way out. Designed only for shareholders who want to take advantage of this opportunity, namely the placement of their shares on the Euro Daxx (European Digital Assets Exchange) digital asset market, a Swiss platform, incorporated in Zug in the Crypto Valley under the control of FINMA (Consob Switzerland). The transaction is currently being studied with the owners of the platform and will allow the immediate liquid ability of the shares or the maintenance of shareholder rights in the form of a security digital token.

SEE ALSO  5 security technologies to watch out for

Ernesto Preatoni is an Italian entrepreneur and real estate developer, best known for having founded Domina Hotel and Hotel Co-ownership, a company operating in the hotel co-ownership and timeshare sector. Initially, Domina could count on 8 hotels in Italy in prestigious locations such as Courmayeur, Cortina, Positano, and Portofino. In the early nineties, Preatoni focused on Egypt and the Baltic countries. Preatoni designed and developed the largest resort in the Middle East, Domina Coral Bay in Sharm El Sheikh, on the Sinai Peninsula, which encouraged the tourist explosion in that location and earned the Italian real estate developer the nickname “the inventor of Sharm.”