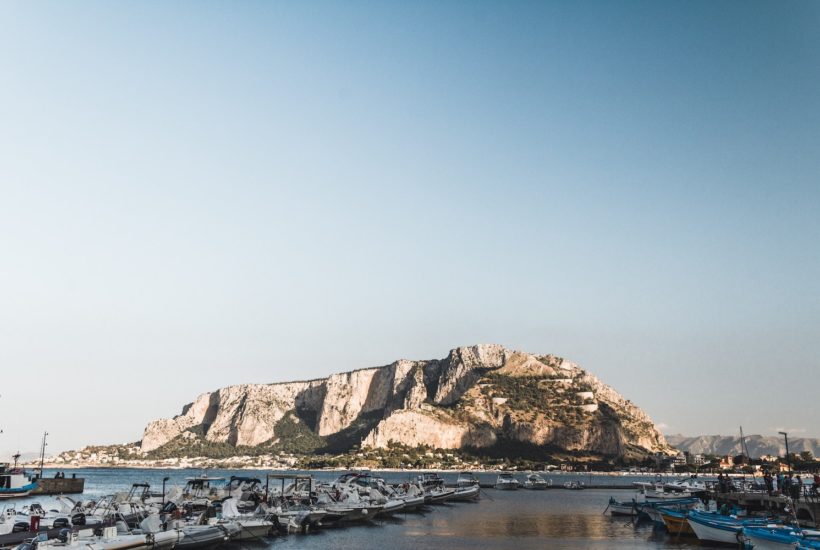 Four artists have launched an initiative where 350 thousand women will donate $11 (€10) each to reach the figure of $3.8 million (€3.5 million). What will happen to the island once the project is completed?

Discover the world’s most interesting financial news with the Born2Invest mobile app. The app provides its readers with access to the latest news in the stock market, finance, global business, and trending topics like bitcoin, cryptocurrency, and crowdfunding.

Legends about the island

The Isola Delle Femmine is a handkerchief of land off the coast of Palermo. It is dominated by a 16th-century watchtower and there is more than one legend circulating around its name and history. One of which tells of the exile of thirteen young Turkish women, and that the ghost of one of the woman still circles and haunts the beaches.

Or, that the Count of Capaci fell in love with a woman and had her imprisoned on this island so that no other man would touch her which led to her committing suicide. In fact, for two centuries, the Isola Delle Femmine has been the property of the aristocratic family of Capaci.

Island managed by women only

Since 1997, it has been a Natural Maritime Reserve established by the Sicilian Region to protect the local floristic heritage, and also used as an observatory to facilitate the stopover of migratory species, managed by the LIPU Lega Italiana Protezione Uccelli.

Since 2017, the island has been put up for sale by the family for $3.8 million (€3.5 million). By a strange irony of fate, it may be the historical moment of redemption: from a place of imprisonment and exile to a “kingdom” owned and managed only by women.

SEE ALSO  The reason why many entrepreneurs invest in P2P lending

The island of women

What is the idea of this crowdfunding project? Four artists: Stefania Galegati, Valentina Greco, Claudia Gangemi, and Marcela Caldas, the idea was to launch a big crowdfunding campaign through the Associazione Femminote, to collect 350 thousand women willing to donate $11 (€10).

The fundraising is open from February 15th on https://www.isoladellefemmine.net/. It will also be possible to meet the artists and donate a fee in person on February, 29th, at the Pantaleone Gallery in Palermo, where there will be the opening of the exhibition She is-land by Stefania Galegati dedicated to the project.

“The project is a symbolic gesture of resistance and heterotopia,” more information can be found on the Facebook page of the Palermo gallery. “It allows to dream and reflect on issues such as the management of the common good and private property, the protection of the territory, feminism and its drifts, openness to failure and weakness.

If the artists will manage to reach the necessary quota and grab the island, they will be the legitimate owners, together with the many other donors. It is natural to wonder, what will become of its destination? Will it remain the outcome of a beautiful artistic happening, with a strong symbolic charge, or will the world try to use it as a cultural destination? The artists have no doubt: the only purpose is to “leave the island alone” and maybe make it an “artistic outpost.”

First published in Artribune, a third-party contributor translated and adapted the article from the original. In case of discrepancy, the original will prevail.