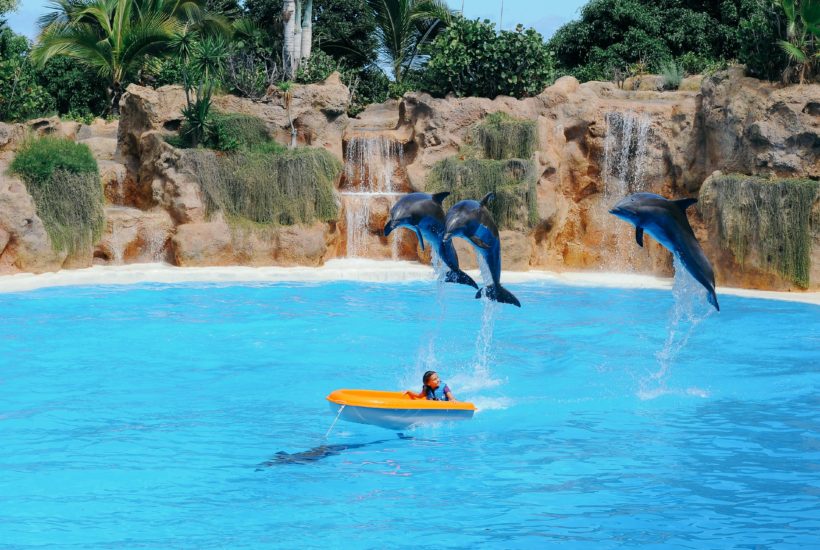 Dolphin Rescue Center “Delpha” plans to build a rehabilitation center for dolphins in Sochi. This was stated by TASS Director of the Center Tatyana Beley. Black Sea dolphins are on the verge of extinction! The Rescue Centre is needed to help wild and bonded dolphins affected by human activities.

Crowdfunding campaign to collect money for the dolphins rehabilitation center

“We are continuing a crowdfunding campaign at Planeta.ru for the construction of a stationary rehabilitation center in the port of Imeretinsky. A spacious sea cage and other infrastructure of the hospital are needed to provide full assistance to those cetaceans who can’t be helped right onshore, as well as for rehabilitation and return to the natural habitat of the Black Sea alpha lines, illegally caught for dolphins,” said Belei.

She noted that a quarter of the total amount had been raised so far. However, it is already enough to organize a temporary enclosure for the rehabilitation and release of the dolphin from captivity in a short time. Belei added that one of the main causes of dolphin deaths are fishing nets, as proven by the traces on the bodies of dead dolphins. Since April 2018, the Center has recorded more than 360 deaths of dolphins.

Support on the Sochi City Administration

Dolphin Rescue Center counts on the support of the Sochi City Administration in developing a strategy for the protection of red-listed cetaceans. “We would like to strengthen interaction and cooperation with the city administration – jointly develop a strategy and programs that will help to ensure that people less garbage on the beaches and pay more attention to the state of the sea and coast. Also, that fishing brigades were responsible for the sea inhabitants and did not harm the Black Sea cetaceans, all three species of which are listed in the Red Book,” said Belei.

According to her, at the end of 2019, thanks to reports, four dolphins were rescued from fishing nets, the same amount was saved a year earlier. “We usually immediately contact the border guard, which obliges the fishermen, in whose nets the dolphin is stuck, to go out to sea and release him. If for some reason, they can’t do it in the shortest possible time, we will release the dolphins ourselves,” said Belei, adding that it’s a difficult work that requires serious physical and moral strength.

According to the head of the Center, the issue of recruiting volunteers is always relevant. Since July 2019 “Delpha” has started the project “Black Sea Dolphins” with the use of a grant from the President of the Russian Federation. As part of this project in six coastal cities of the Krasnodar region for all people who are not indifferent to dolphins were held educational training sessions to assist cetaceans, in addition, two specialized training sessions were held in Moscow for students of veterinary universities.

The project program also includes research work on the distribution and number of dolphins, as well as monitoring cetacean emissions. In total, about 400 people took part in the training. Thanks to this project, the Dolphin Rescue Center has managed to attract 114 volunteers who are actively involved in the activities of “Delpha” throughout the Krasnodar region.

First published in ТАСС, a third-party contributor translated and adapted the article from the original. In case of discrepancy, the original will prevail.