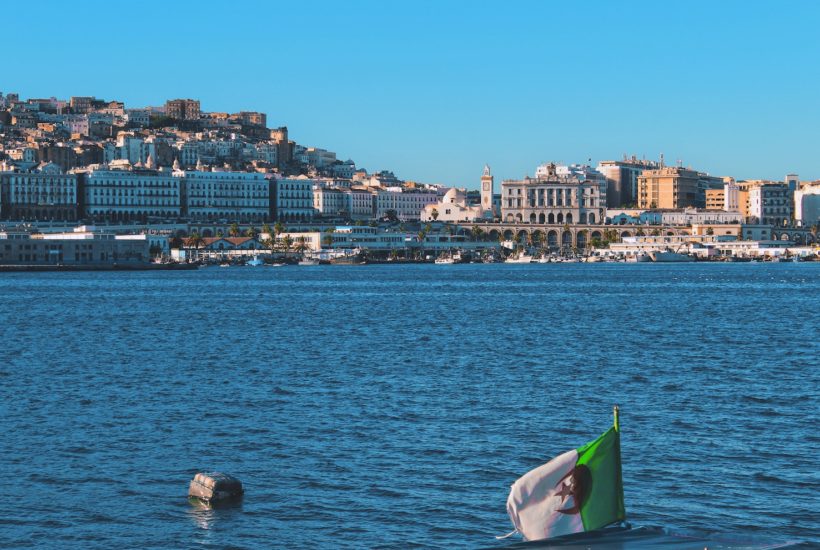 Hichem is the owner of a medium-sized company with 30 employees specializing in communication, training and audiovisual production: “We had only just lifted our heads after a politically unstable and therefore catastrophic year 2019 for business. January and February 2020 had given us hope for a market recovery. Now I really don’t see how I’m going to be able to turn my business around.”

He explained, in a voice betraying bitterness and fatalism: “We’re trying to do some teleworking, but we’re not going to lie to each other. The coronavirus crisis is global. Once it passes, the first budgets to jump will be for communication and training.”

Read the most important financial headlines from around the world, including African countries, with the Born2invest mobile app.

According to the Circle of Action and Reflection Around the Company (Care, a think tank), 700,000 employees in the private sector would be threatened with dismissal if companies went bankrupt. And despite the promises of President Abdelmadjid Tebboune, who said that the state “would put in place all economic means” to “allow the return of SMEs without any loss,” company owners, some of whom have completely stopped their activity, are not in good spirits.

“Our governments do not realize the state of the private sector,” said economic journalist Hassan Haddouche. The damage after more than a year of Hirak (the popular movement that led to Abdelaziz Bouteflika’s resignation) has not yet been quantified, but more than one company has emerged exhausted from the institutional and economic paralysis that accompanied the protest. “Nor do they account for the morale of the owners, who saw most of the “former national champions go to prison,” he added, referring to the imprisonment of several captains of industry who fell under the karcher of the anti-corruption fight that began when President Bouteflika left. According to the latest official data, imports of equipment had fallen by 35% in January, even before the coronavirus crisis.

The food industry on probation

In this landscape of desolation the barrel crisis has been undermining since 2014, “there are two types of companies,” explained Yacine, a subcontractor for the oil sector, the food industry and the construction industry. “The groups that have a solid backbone and which, today, can take advantage of the fall in the price of raw materials to buy and stock. And SMEs, which are suffering to pay their bills. These will start by liquidating their stock and once they have nothing left, there is no guarantee that they will be able to hold out.”

Lotfi*, part of a large food-processing group in Algeria, is in the first category. “At the beginning of the year, I was worried because a ton of sugar had taken $30 to $40 in a very short time and brought back to the selling price in Algeria, it was starting to become unprofitable. Today, I’m taking the opportunity to buy,” he explained. Because the price of sugar, which has fallen due to the pandemic, among other things, lost a little more than 30% of its value between the end of February and the end of March.

As a result of the instructions given by the Presidency to certain sectors to “ensure the country’s food security” and “cover national needs,” particularly in sugar, the figures have reached record highs. “We have packaged sugar in one-kilo packets and even if the signals coming back to us show that the market is not spared from speculation – some wholesalers are holding back so that prices will rise – sales have never been so good,” said Lotfi. “On the other hand, I’m more worried about sales to businesses. The dairy industry continues to operate, but on the other side, many lines are at a standstill.”

The entire economy in Algeria is affected

In the construction sector, the situation is much more critical. Even before the pandemic plunged the global economy into the unknown, Mouloud Kheloufi, president of the General Association of Algerian Entrepreneurs (AGEA), was alarmed by the closure of 20,000 to 25,000 businesses and the dismissal of 150,000 to 200,000 employees in the sector, and called for a tax amnesty for 2019 and 2020.

The Circle of Action and Reflection Around the Company (Care) and the Center of Young Algerian Leaders (CJD) published a “plea for the safeguard of Algerian enterprise.” This document proposes, among other things, a fiscal and parafiscal moratorium for companies in difficulty, the revision of the 2020 finance law, or the creation of a “technical unemployment” scheme accompanied by training courses leading to qualifications.

The Forum, ex-FCE, the main employers’ union, including President Sami Agli, who recently met with Prime Minister Abdelaziz Djerad, also listed a series of proposals to help the private sector. “There are measures to be urgently put in place, such as the postponement of tax deadlines or the revision of bank credit deadlines,” said Mehdi Bendimerad, the organization’s vice-president. “But there are also measures for the long term, for example, to implement a more digitalized economy, because this crisis must be an opportunity to make a very bureaucratic system more fluid,” he continued.

Company owners want to help the country overcome the crisis

Mehdi Bendimerad, CEO of SPS, a company specializing in the manufacture and construction of prefabricated buildings, was also forced to reduce his business. “We have closed our production units. Because even if we wanted to produce, our customers are operating in reduced service, just like our suppliers. And our workers can’t move around because there is no longer any public transport. Our entire environment is affected.”

However, he is committed to making his trucks and storage capacity available to the state, if the state will express the need. “I’m not alone, many business leaders have shown initiatives to help the country, but at some point, the state will have to be present.”