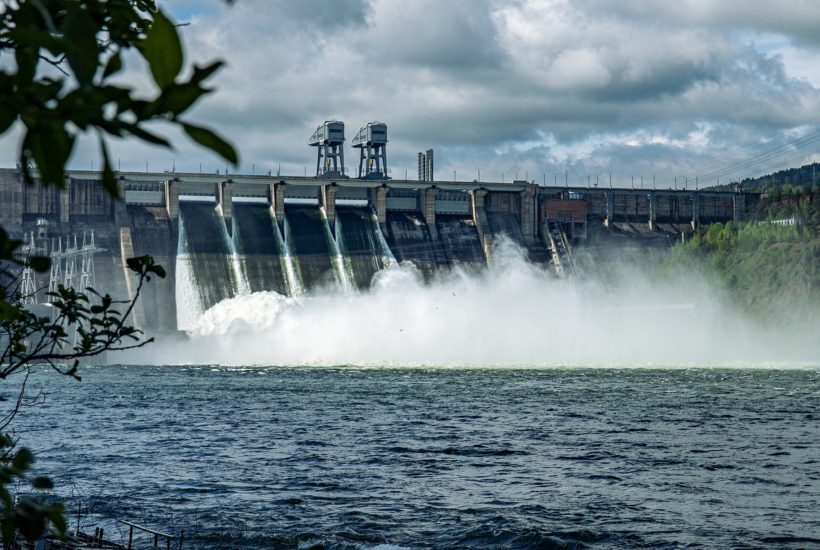 The price of electricity is rising again after a week of record after record above $116 (€100) per megawatt-hour. To try to reduce it, Teresa Ribera, the Minister for Ecological Transition, opened the door a few days ago to modify the rules of the market to have “all the hydroelectric energy through a different concession system, through a public company, as hydroelectric concessions are released”.

This is what he stated a few days ago in an interview in Cadena Ser, which has raised the applause of the members of the Executive who belong to Unidas Podemos and the incredulity of those of his own party. Be that as it may, with the data in hand, it can be seen that the concessions that end in the next ten years barely generate enough electricity to satisfy 2.5% of the more than 18.7 million households in Spain.

According to the data provided by the ministry headed by Ribera, a total of 27 hydroelectric power plant concessions are located in the hydrographic confederations under the jurisdiction of the Ministry of Ecological Transition (Miteco) expire until 2031. To these should be added others, generally smaller, according to the sector, which depend directly on each of the autonomous communities, since they are in inland basins with lower water flows.

The hydroelectric plants whose concessions expire in the next few years that the ministry has identified generate, according to data compiled by elEconomista from various sources including the companies that operate them and the hydrographic confederations, an average of almost 1.8 million MWh per year.

It is necessary to put these figures in context. In the national electricity system, according to data from Red Eléctrica, more than 251.3 million megawatt-hours were generated in 2020, of which 30.6 million were obtained through hydroelectric power. In other words, less than 12% of the total is produced through this type of power plant. If one calculates how much of this energy is generated in those that are now in the sights of the Ministry for Ecological Transition for possible nationalization through the creation of a public company, the percentage drops to 0.4%. On the demand side, it is estimated that 249.7 million MWh were consumed in Spain in 2020, a figure that includes households, industry, and services. If domestic consumption is circumscribed, it accounts for around 25% of the total, according to Red Eléctrica’s calculations, i.e. some 62 million megawatt-hours on average per year, which results in around 3.4 MWh per household.

If the decision is finally taken to nationalize the hydroelectric plants, as Ribera pointed out, as their contracts expire, when extrapolating the figures it can be seen that the electricity they generate would serve just over half a million homes, i.e. barely 2.5%.

Read more on the subject and find the most important economic news in the world with the Born2Invets mobile app.

Which hydroelectric power plants expire in 2021

According to the list provided by the Ministry for Ecological Transition, two hydroelectric power plant concessions expire in 2021: Quintana Cauxa, located in Asturias, owned by Hidroeléctrica Río Lena and producing an annual average of 5,000 MWh; and Villar del Rey, in the province of Badajoz, owned by Hidro Energía Xana, with an annual average production of 4,245 megawatt-hours.

For the concession of one of the large power plants on the Miteco list to end, it will be necessary to wait until 2024, when the contract for the Villalcampo plant in Zamora, owned by Iberdrola, expires. According to data compiled by elEconomista, it has a capacity of 206 MW and an average annual production of around 320,000 MWh. On the other hand, the dam that produces the most of those that expire in the next ten years is El Tranco de Beas, in Jaén, in the hands of Endesa, whose contract expires in 2028.

Of the list of 27 plants identified by the Ministry, four are in the hands of Naturgy, five belong to Iberdrola, another five to Endesa, three to Acciona, and two to Enel. One more is owned by EDP and the rest are in the hands of small and medium-sized companies.

Beyond the generation capacity of each of the power plants, it should be remembered that the price of electricity in Spain is established through a marginalist system in which the most expensive type of electricity is applied hour by hour.

One of the main responsible for the rise in prices would be, according to the sector, precisely the hydroelectric energy, since up to 75% of the times it is the one that sets the price per megawatt-hour, since “the hydropower plants contribute in the peaks”, according to the sources consulted. In this way, the same sources admit, regardless of the generation capacity that is nationalized, if its prices operate outside the pool, the influence on the price could be relevant.

(Featured image by solomonikvik via Pixabay)