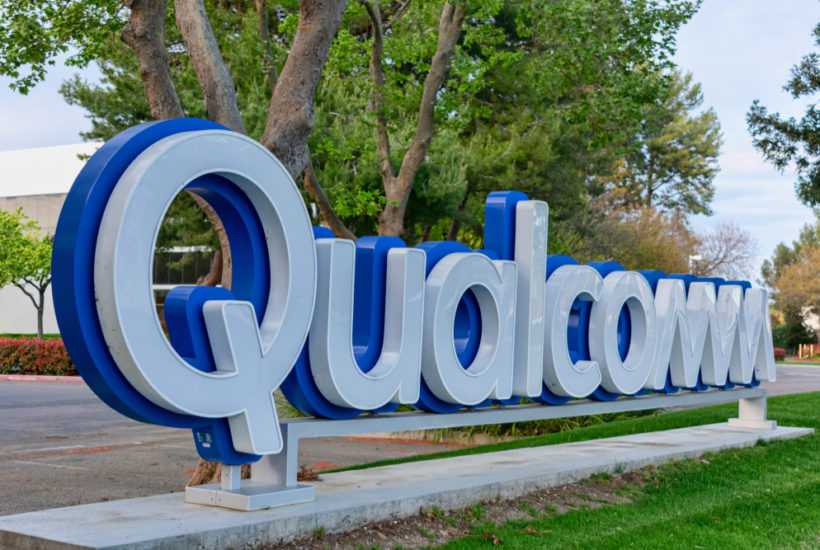 Qualcomm (NASDAQ: QCOM) is scheduled to report its Q2 earnings on May 1. Investors would be curious to know how big of a windfall the chipmaker would be getting from its settlement with Apple last week. But rather than focusing on just the one-time settlement payout, investors should also try to evaluate how exactly Qualcomm’s growth trajectory could evolve going forward. Specifically speaking, investors should closely monitor its revenue and MSM shipment guidance revisions along with how the company’s board intends to use the settlement amount in their upcoming call. These items are likely going to impact where Qualcomm and its shares could head next. Let’s take a look.

There aren’t many specifics about the settlement between Qualcomm and Apple to begin with. Qualcomm said in a filing that there’s now a 6-year long direct license with Apple, with an option to extend it by another 2 years, and that its EPS stands to grow by $2 as shipments ramp. But we don’t know the size of the involved settlement fee so the exact figure would be the highlight of its upcoming Q2 conference call.

Sure, there are analyst estimates to go by. For instance, UBS analyst Timothy Arcuri estimates that Qualcomm stands to receive a one-time windfall of $5 billion to $6 billion as a result of this settlement. So, an official word from the company’s top-brass would establish facts and end speculation. But with that said, investors should closely listen in on management’s commentary about what exactly they intend to do with this fresh multi-billion-dollar cash influx. Is it growth capital or would it be returned to shareholders?

Qualcomm’s management and its board might actually choose to return this new-found cash pile back to its shareholders for a couple of reasons. First, it would be an apt reward for long-standing investors for sticking by the company during its testing times. Secondly, Qualcomm as a business has a fairly low capital expenditure budget, at least when compared to its dividend payouts and repurchases, so there’s bound to be a substantial surplus left for shareholders even if it hikes capital expenditures by 10-20%.

Note that Qualcomm has been buying back stock in sizable quantities, with its share repurchases amounting to over $22 billion for the last twelve months which dwarfed its common dividend payouts of $3.37 billion for the period. So, it would be interesting to see how the company’s management and its board choose to return this cash back to its shareholders. They could:

This may seem like a mundane topic of discussion but Qualcomm actually saw a broad swath of its institutional investors bail in the last 13F reporting cycle. So, a sizable hike in their buybacks or dividend payouts would be a good way of attracting institutional investments once again whilst also rewarding long-standing investors.

With that said, investors should try to determine how much exactly is Qualcomm going to gain from this settlement, both operationally and financially. For starters, we know that Qualcomm and Apple now have a 6-year-long supply agreement which can be extended further by another 2 years. This settlement might actually boost Qualcomm’s Mobile Station Modem (MSM) shipments which, by the way, have begun stagnating of late.

Now, Qualcomm’s management had guided back in their Q1 earnings call that their MSM shipments would fall sequentially and year-on-year in Q2 to somewhere between 150 million and 170 million units. But the chipmaker’s settlement with Apple changes things; it stands to bolster MSM shipments going forward. We don’t know the extent and timeliness of this rebound so investors should look for Qualcomm management’s shipment guidance in their upcoming earnings call.

In QCT, we estimate approximately 150 million to 170 million MSM chip shipments for the fiscal second quarter down sequentially as a result of typical volume seasonality – George Davis of Qualcomm on their Q1 call

Secondly, Qualcomm’s increased modem shipments should ideally garner more revenue, unless of course the chipmaker experiences a sudden and a sharp drop in its average selling prices. So, investors should closely monitor Qualcomm management’s guidance for Q2 FY19 and for FY19. Note that analysts have already raised their revenue forecasts for FY19, FY20 and FY21 post the settlement. So, plugging in management’s revised guidance into the picture would reveal whether the analyst community has underestimated or overestimated the financial impact of this settlement for Qualcomm.

Also, Qualcomm’s management noted last quarter that excessive litigation fees were limiting the impact of its company-wide cost-savings program. Per George Davis, on their Q1 call:

We remain on track to deliver $1 billion in cost savings from our $7.4 billion baseline. At present, we have achieved approximately $850 million of savings toward our $1 billion target. However, due to excess litigation, we are tracking somewhat above the $6.4 billon run rate.

Now that Qualcomm has settled with Apple, the chipmaker’s litigation expenses should come down at least in theory. It would be interesting to know if Qualcomm management’s revises their cost savings target, and if it does, then by how much and how close would it be to the original run-rate figure.

Qualcomm is no doubt in a formidable position after its settlement with Apple. It stood up against the combined might of Intel and Apple and got the settlement largely in its favor. This is definitely worthy of praise. But we still don’t know how much exactly Qualcomm stands to benefit from this settlement, and so its upcoming Q1 earnings call would be an opportune time for investors to get some answers.

Readers and investors should pay close attention to the Qualcomm management’s shipment and revenue guidance, and how are they planning to use the cash from settlement. These items are recurring in nature and tracking them can provide us with leading insights about how the company and its shares could perform going forward. Good Luck!

Business Quant is a platform to get granular financial intelligence on U.S-listed securities. Our data-points, analytics and data sets are curated by experienced analysts to give you an edge in investing.