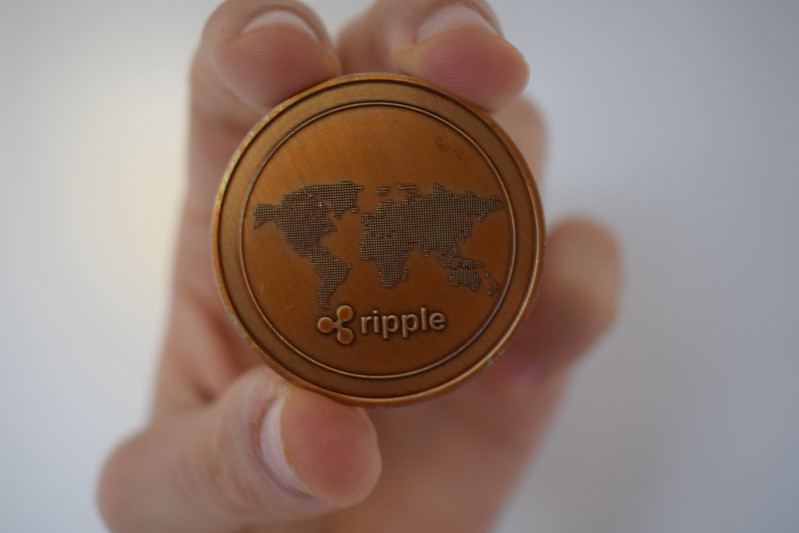 The Whale Alert crypto tracker sounded the alarm after, in the last eight hours, Ripple fintech company Decacorn made two transactions on the XRP ledger to move a total of 746 million XRP tokens. Meanwhile, the Ripple price has seen a spike to $0.55 and is showing ambitions to go even higher.

Reason enough to take a closer look at the situation with Ripple and XRP, with our companion app. The born2Invest mobile up brings you the latest financial news in the world so you don’t miss anything.

According to the latest blockchain data, the cryptocurrency giant has shifted XRP equivalent to $407,204,170.

The transactions were conducted between the company’s wallets. In late December 2020, the SEC initiated proceedings against Ripple Labs as it did against its two CEOs (the current and former chief) for selling XRP, calling the native cryptocurrency an “unregistered security.”

However, Ripple co-founder and former CEO Chris Larsen seems to care little about that. In fact, the SEC recently provided evidence that he continues to blithely sell XRP despite the lawsuit against him.

But the company’s business is also going strong as ever. Since the lawsuit, Ripple has signed 15 new contracts with banks and is rumored to be sending them XRP as part of the deals it has signed. The XRP price is also showing signs of new budding strength. We’ll take a closer look at how these signs are manifested on the chart below.

While only negative headlines circulated around Ripple due to the SEC complaint, a formation seems to have appeared on the chart that strongly resembles an inverse head-and-shoulders formation. Its formation height promises a significant price move to the upside in this case, if it actually comes true.

SEE ALSO  Which countries could be hit by Trump’s newest trade sanctions?

At the time of writing, the XRP price is trading at $0.55, having encountered resistance at the neckline of the formation. It remains to be seen if the necessary momentum will develop here to still move the formation to a bullish breakout. For this, the neckline and resistance zone between $0.60 and $0.65 must first be overcome.

However, if there is a successful breakout, it would be good news for XRP holders. The formation height suggests a price target of about 1$, which is a proud 83% above the current price level.

The origin of Ripple and XRP

The history of Ripple goes back to a time when Bitcoin did not even exist – we are talking about the year 2005. In this year, the Canadian developer Ryan Fugger launched RipplePay. Essentially, it is the predecessor of today’s XRP Ledger. In the meantime, Jed McCaleb, previous owner of the insolvent Bitcoin exchange MtGox and current co-founder and CTO of the Stellar Development Foundation, has worked on the eDonkey network.

In 2011, two years after Bitcoin was born, McCaleb reoriented his career and put his focus on the development of a digital currency system in collaboration with Arthur Britto and David Schwartz (= today’s CTO of Ripple) . That was the starting signal for today’s XRP ledger.

(Featured image by Hektor Ehring Jeppesen CC BY 2.0 via Flickr)