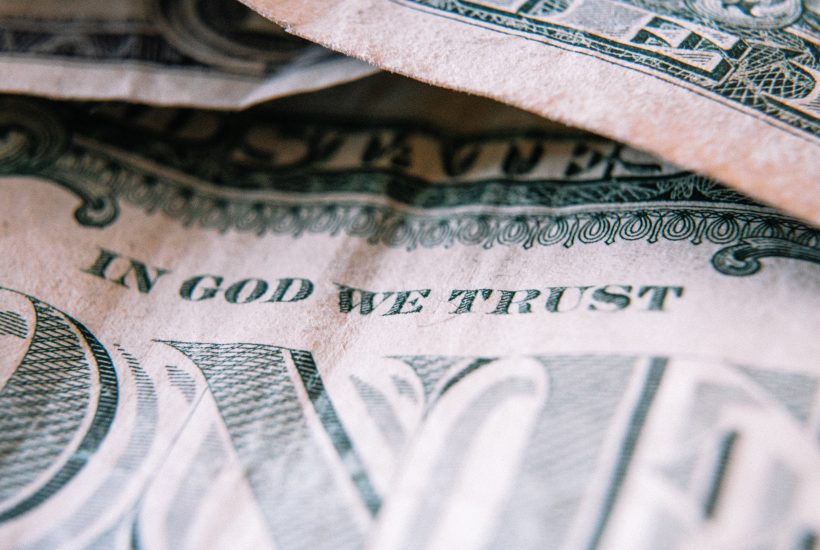 The effective overnight interbank lending rate is now 3.08%. It was just 0% a little over six months ago. According to the Fed’s current plans, the Fed Funds Rate (FFR) is heading to at least 4% by the end of this year; and perhaps all the way to 4.5-5% by early 2023. Is that going to cause a problem you ask? Well, rising rates have already caused stocks, bonds, gold, crypto–and just about everything else–to plunge. Even the commodity sector, which worked well in the first half of this year has fallen sharply. Indeed, virtually nothing has worked on the long side except for cash and the USD. Sadly, for most, the carnage isn’t over yet and the pace of the decline is only going to intensify. Here’s why that should be the case.

The previous cyclical high-water-mark for the FFR was 2.5%. It occurred back in December of 2018. Powell and company are now threatening to nearly double the same borrowing rate that broke the economy four years ago.

Likewise, the cyclical high for the Benchmark U.S. Treasury yield was 3.22% in November of 2018. It stands at 3.8% as of this writing. A 2.5% FFR and 3.22% 10-year Note were the rates that proved to be just too great for the economy and markets to bear in 2018. The debt burden back then was just too onerous to withstand those higher borrowing costs. In addition, asset prices were so overextended that the competition offered from fixed income caused investors to dump riskier stocks and flee to the relative safety of government bonds.

As a matter of fact, the level of borrowing costs it takes to break the economy has been reduced over time, just as the level of economic fragility has increased. It took a FFR of 6.5% to break the NASDAQ bubble in 2000. It was a slightly lower FFR of 5.25% that ended up collapsing the Housing bubble of 2006. In 2018, the FFR was inched up to just 2.5% over the course of three years; but that was all it took for the economy and markets to falter.

The facts show that the economic conditions extant in 2018 placed it in a much better position to handle rising borrowing costs than what we see today. What is completely ridiculous is that the Fed has the temerity to bloviate about a soft landing for the economy during this current cycle of monetary tightening; even though the economic scenario is much worse that it was four years ago. And, of course, Wall Street is promulgating the Fed’s soft-landing myth with alacrity.

SEE ALSO  What you need to know about luggage etiquette

Let’s take a closer look at the debt burdens, asset price levels and GDP growth in 2018 and compare that data to the situation today.

Despite the carnage we have witnessed so far this year in the equity market, the valuation of stocks compared to underlying economy is still greater today than it was four years ago. The TMC/GDP was 123% at the end of 2018, today it stands at 145%.

We often hear that the American consumer and corporations are in much better shape due to the amount of deleveraging that has taken place. Hence, they claim, it is simply a much better environment for the economy to tolerate those rising interest rates.

But it’s not just sovereign debt that has exploded higher. Household debt was $15.6 trillion at the end of 2018. It has jumped by over $3 trillion since then. While it is true that Household debt as a percentage of GDP is off its highs set it the Great Recession of 2008, this ratio is still higher than it was in 2018. And, it is far greater than it was prior to the Fed’s massive interest rate suppression regime beginning in the year 2000.

The corporate debt to GDP ratio is higher than at any other time in history prior to the COVID pandemic. Non-financial Corporate Business Debt/GDP was 45% in 2018. As of Q2 2022 this ratio stands at over 50%. For historical reference, this ratio topped out at 45% at the peak of the NASDAQ bubble in 2000 and also in the Real Estate/Great Recession bubble in 2008.

There just is no evidence that the economy has gone through any deleveraging at all since 2018. Indeed, the nominal levels of debt have skyrocketed. Most importantly, this debt is extremely high even when measured as a percentage of the QE and ZIRP-juiced economy. Hence, there is no reason to believe that either the public or private sectors will be able to withstand the onslaught of spiking borrowing costs and monetary destruction that are happening now.

SEE ALSO  Ethereum price uptrending vs. bitcoin, while already ahead of ETH 2.0 according to Vitalik

The only other time in history the Fed was raising the FFR and in the act of QT was in 2018. The market went into freefall; until Powell promised to stop raising interest rates.

Today we find that the FFR is more than 50 bps higher than in 2018 and is quickly heading much higher. In addition, the Benchmark 10-year Note yield is also about 50bps greater than the cycle high of four years ago. The other significant difference between 2018 and 2022 is inflation. It was simply much easier for the Fed to come to the rescue of asset prices and the economy when inflation was below 2%–it was only 1.9% at the end of 2018. However, when the CPI is near a 40-year high, such a pivot becomes untenable.

Higher interest rates offered by US Treasuries are providing a great alternative for stocks. And, higher corporate borrowing costs are also destroying margins and revenues for these businesses. Sharply declining consumer demand from a faltering economy is adding to the pressure. Throw in a skyrocketing USD, and odds are corporate earnings are not only going to fall well short of the 8% growth forecasted by Wall Street for 2023; but will instead end up posting a negative number.

Ironically, the economic data has been mostly unalarming—at least for now. With the exception of GDP, which Wall Street claims is only a temporary quirk in the data. Just ask any perma-bull and they will tell you that job market, consumers and corporate earnings are still very strong and can withstand this hawkish Fed. Nevertheless, the truth is the economy and markets have never been more fragile. Therefore, the upcoming economic and earnings recession should be profoundly acute.