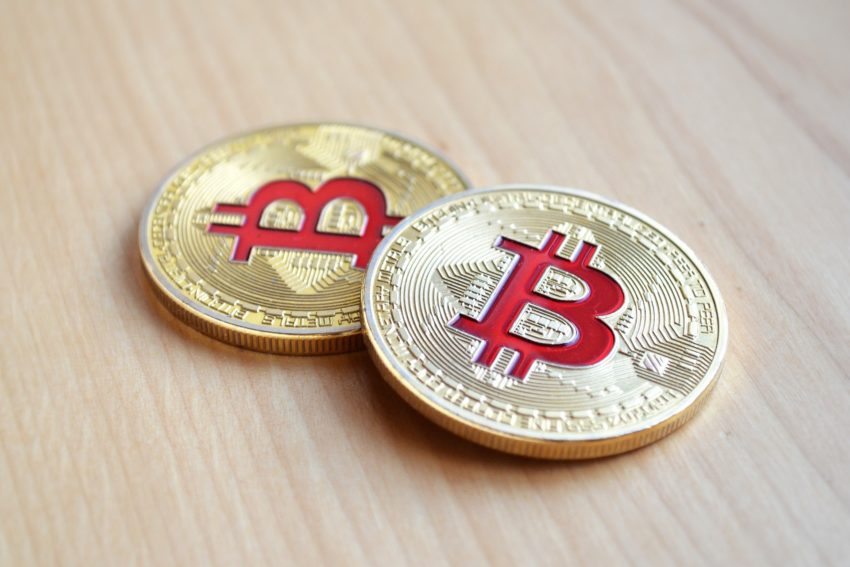 The Bitcoin bubble looks a lot like the internet bubble that inflated in the final phase—the orgasm—the great tech bubble of December 1994 into March 2000. It crashed faster and harder than the Nasdaq bubble—down 93 percent compared to 78 percent. It was also a leading indicator for the Nasdaq crash as it only retested its January high rather than exceeding it.

That’s twice as high in half the time!

It’s now the steepest and most extreme bubble of all time. Literally. It’s even surpassed the infamous tulip bubble of the 1630s, which is similar to the Bitcoin bubble because it too had little against which to measure any real value.

At least we could calculate the price-to-earnings ratio on the Nasdaq or AOL. But there’s no measure of valuation on these digital coins. So, like tulips, its price is only a function of what people are willing to pay.

It’s not all totally speculative though. There are two tools we can use to try to get some handle on this extreme bubble.

The first comes from the lost chapter of my “Sale of a Lifetime” book.

The most important calculation for estimating the downside of a bubble, even before it peaks, is the bubble origin. But that’s not the last major low. Instead, it’s the point at which the market starts to diverge from the fundamental trends.

Look at the Bitcoin chart: 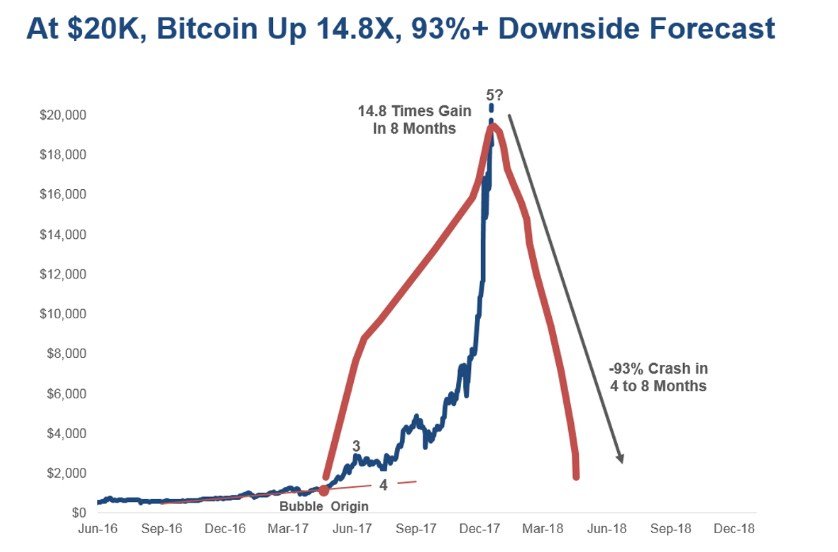 That means that, from the most recent high of $19,395 (at least at time of writing), this bubble could shed 93% to return to that point of origin, which is what bubbles typically do when they burst.

As an aside, Ethereum’s bubble origin was at $51. It has had similar gains to Bitcoin, reaching 14.4 times gain at its recent highs. A crash from $733 would represent the same 93% downside.

And the higher the highs get, in both Bitcoin and Ethereum, the more devastating the collapse will be.

The second tool with which to get a handle on this bubble is Elliott Wave patterns (which I’ve marked up on the chart above as well).

The fourth wave correction, into $2,162 on July 17, 2017, marked the best place to buy into the most powerful fifth wave bubble, which we are currently experiencing. Gains since then have been a whopping nine-fold!

At this point, it’s far too late in this bubble to get in. Don’t worry, there are plenty of other opportunities out there and, once this Bitcoin bubble has burst, you’ll have a second chance to invest (although it’s unlikely we’ll see highs like this as quickly the next go around).

The most important question now is: When do you get out?

All bubbles burst with mind-numbing swiftness, so if you’re going to stick with your Bitcoin investment to ride along for any potential future gains, at the very least, make sure you have an exit strategy.