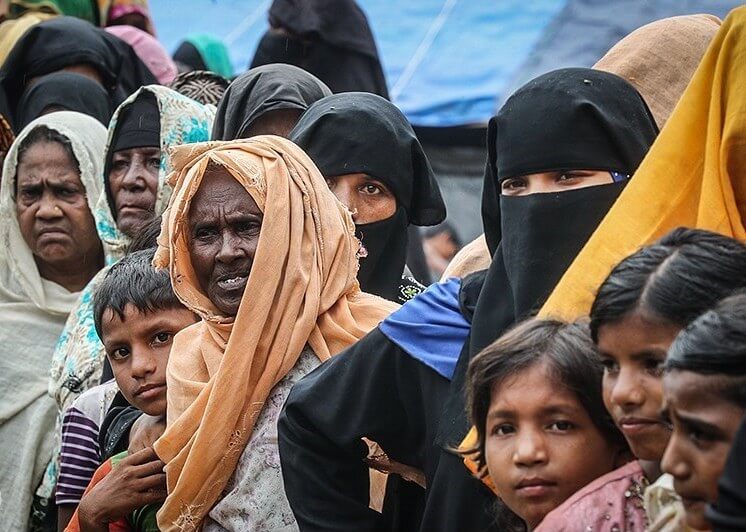 The numbers vary from 600,000-900,000 but the horror and seeming hopelessness of the situation is the same: Muslim refugees from the region of Rohingya have fled their homes across the boundaries of Bangladesh to escape what the United Nations (UN) and other international organizations have described as “ethnic cleansing” from the Myanmar military forces.

Food, water, and shelter are desperately needed by these survivors of a massacre, and their traumatized children should be placed in schools where they can regain their education and a semblance of normalcy. Countries who had been shocked by the reports have donated funds totaling more than $300 million as support to make such a recovery situation happen. Meanwhile, other Rohingya natives who were not able to make the crossing into Bangladesh wait in the watery boundaries between that nation and Myanmar, and they are subject to very marginalized conditions.

According to Channel News Asia, William Lacey Swing, the head of the UN’s International Organisation for Migration, calls the Rohingya refugee crisis as among the “fastest-growing” of its kind—and may even be more nightmarish. The Rohingya natives in Myanmar are a Muslim minority whose rights have reportedly been ignored or repressed by the national government.

Distrust and suspicions of militant subversives in the region triggered a military assault that was nothing short of genocide, as described by the survivors who had escaped with nothing but their lives. The attack was orchestrated, timed, and merciless—it killed thousands of Rohingyas, and the Myanmar soldiers did not discriminate between rebels and civilians. Entire families were killed in the middle of the night. Children were not spared. Then after the last shots were fired, another form of violence took place, as the attackers reportedly raped the women who had been left behind.

It will take $434 million dollars to provide support that can ensure the survivors’ basic survival from the present day up to February 2018. The international community, spurred by the UN’s wake-up call, has pledged to give about $345 million, with signs showing that more will still come. The nations that had promised the bulk of these monies are Great Britain with $63 million; the European Union with $42 million; the United States with $38 million, and Sweden with $24 million.

SEE ALSO  Bitcoin’s price correction towards $20,000 is likely to happen according to the RSI indicator

Prothom Alo names casualties of the attack: about 5,000 more Rohingyas who have camped in very desolate situations at the banks of the Naf river, which practically create a watery line between Bangladesh and Myanmar. These are the Rohingya Muslims who were unsuccessful in crossing over to Bangladesh but decided to base themselves in the outskirts of what once was their home for fear of losing their lives. Families with children wait for an opportune time to join their fellow Rohingyas in Bangladesh instead of returning to their ravaged homes and face probable death, regardless of what the Myanmar government promises. 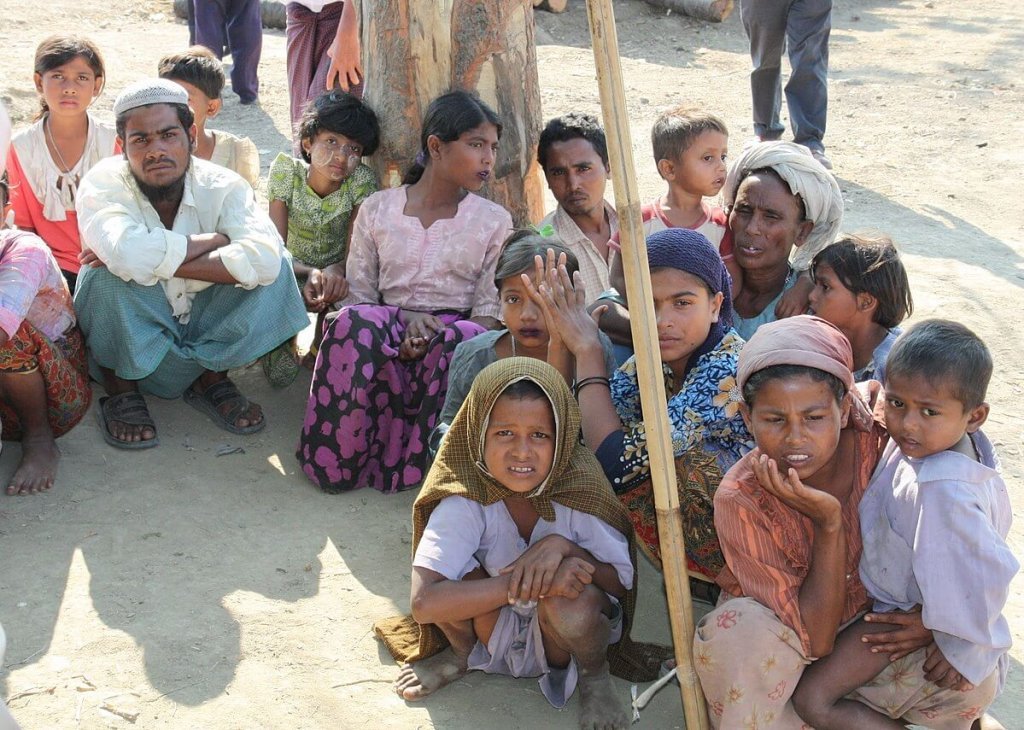 The plight of Rohingya people draws mixed reactions from the international community. (Image by Foreign and Commonwealth Office via Wikimedia Commons. OGL)

In the meantime, the International Committee of the Red Cross has taken the initiative of providing them food, water, the rudiments of shelter, and clothing to these Rohingyans in the northern part of the Rakhine state. The Red Cross is also fighting a lonely battle. Myanmar Buddhists in the area have prevented other international humanitarian groups from entering the camps and providing assistance. The government has explained these actions by saying that the newly river-based Rohingyas may be harboring terrorists and rebels. It also limited the movement and activities of the humanitarian groups in the area.

Some of the Myanmar natives have even taken an extra violent step forward by attacking the Red Cross itself. A bomb was thrown towards several of their food-carrying vessels last September.

Meanwhile, Al-Jazeera reports that the children of the Rohingyas are among those who are suffering the worst from the diaspora. Many of them had lost their parents and have been adopted by families and friends who themselves are feeding more mouths than they can handle. These kids have a hard time connecting with people in the daytime and wake up fleeing from horrors in their sleep at night. To counter this, makeshift schools would have to be built in order to equip these children with skills that they can use in the future while surrounding them with an environment that grounds them in stability and safety.

The donations from the sympathetic nations can certainly help alleviate their plight. Right now, though, they are just pledges. The UN has actively campaigned that the pledges materialize into working funds that can help the Rohingyas cope, at the very least, with the bleakness of their situation.