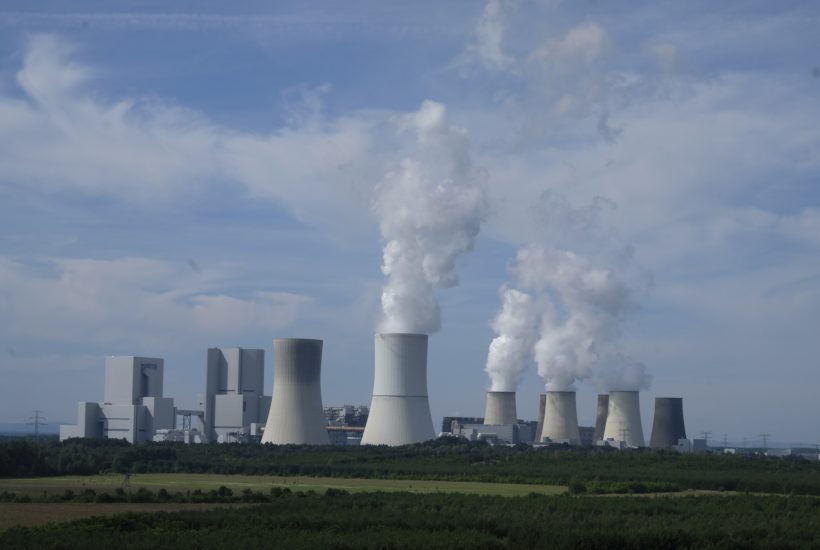 The parliament in Kigali, Rwanda, approved the government’s plan to build a nuclear research center and a small nuclear reactor with capacities of up to 10 megawatts in the capital. The plans between Russia and Rwanda were already signed in October 2019 in Sochi, Russia.

Who will pay is still unknown. In a similar project in Egypt, Russian state banks granted the Egyptian state a loan of over $26 billion (€22 billion). In return, the Russian energy giant Rosatom is to build a gigantic nuclear complex in El Dabaa on the Mediterranean by 2026, with Egypt itself bearing only 15 percent of the costs.

The planned nuclear research center in Rwanda is initially not to produce nuclear power. Other areas of application are concerned, including the preservation of harvests and radiation therapy for cancer patients.

The military hospital in Kigali already has a radiotherapy unit that has enabled 350 cancer patients to receive treatment that is considerably cheaper than abroad. In India, for example, radiation therapy costs $8,500, whereas in Rwanda it costs only $1,750, which are covered by the local health insurance companies.

Find out more about the agreement between Russia and Rwanda to build a nuclear plant and be the first to read the most important business news with our companion app, Born2Invest.

The facilities are also intended to help the export industry

“If we don’t have skills in these areas of application, it becomes a big problem,” Claver Gatete, Rwanda’s Minister for Infrastructure, told parliamentarians. All planned applications are peaceful in nature, he said. Currently, 50 young Rwandans are already studying nuclear science in Russia and training at reactors there.

The facilities are also intended to help the export industry: Rwanda’s airline RwandAir now flies vegetables, fruit, cut flowers and fresh fish on a large scale abroad – some of them as far away as Europe. In order to guarantee the shelf life of the goods, the farmers are often forced to harvest before they are actually ripe, Gatete said.

Ionised radiation could be used to prevent ripening and insect infestation. “If we do not have this technology, we cannot be competitive in exporting agricultural products,” Gatete said. Preservation by radiation is only allowed in the EU for spices.

Rwanda wants to get out of its dependence on development aid in the next few years and is striving for economic development. The East African landlocked state is the most densely populated country on the continent with a population of over 12 million. Rwanda is considered to be up-and-coming, but it lacks energy resources.

The Greens are against the project

76 of the 78 members of parliament present voted in favor of the agreement. Only the two members of the Democratic Green Party were against it. “Living next to a nuclear facility is like living next to an atomic bomb that can explode at any time,” said Green Party leader Frank Habineza. If you take into account the high population density in Kigali, there is no safe place to live. His party colleague Jean Claude Ntezimana stressed that the question of nuclear waste disposal was not sufficiently clarified in the agreement. The Green Party is only a small party in Rwanda, but the only real opposition party. It was registered in 2013 and won two seats in parliament in the last elections in 2017 with 5 percent of the vote.

Rwanda is not the first African state to rely on nuclear energy from Russia. Egypt, South Africa, Zambia, Ethiopia and Nigeria have entered into similar deals with Rosatom, the world’s largest nuclear company. Ghana, Uganda, Sudan and the Republic of Congo have also signed agreements, but these do not go as far as that. This is indirectly related to Europe. Since the EU imposed sanctions as a result of the Russian invasion of the Crimea, Moscow has been increasingly looking for new partners – including in Africa. Rosatom now operates 33 nuclear reactors in 12 countries around the world – only one is still in Africa: in the very south of the Cape.

This is to change. “Africa really is the last hurdle for us,” said Dmitri Shornikov, Rosatom’s head for Africa: “We firmly believe that nuclear energy is a cheap and reliable alternative for countries that want to improve their energy supply.” He is luring Africans with a complete package that includes financing, operation, training of skilled workers, and even disposal of nuclear waste. He wants to have “the most effective solution, which can reduce the generation costs per kilowatt hour,” said Schornikow.

Africa’s hunger for electricity is enormous. So far, 60 percent of the population still has no access to electricity. In comparison, Germany is currently generating enough electricity to supply the entire continent south of the Sahara. In Africa, people still mainly use diesel generators, dams, sunlight or gas. Rwanda has also been trying for ten years to generate electricity from the methane gas dissolved in Lake Kivu. But the electricity is not enough, and the prices are high.

Arguments of the nuclear lobbyists

The arguments of the nuclear lobbyists sound tempting: according to the International Energy Agency (IEA), the available amount of electricity in most African countries could be doubled with just one single reactor.

Nigeria already signed a declaration of intent with Rosatom in 2009: The Russians were to scan the continent’s most populous country for uranium deposits and in return help build the nuclear sector. Then the project was temporarily halted in 2011 because of the accident in Fukushima. Only in November 2017 did both sides sign an agreement to build a nuclear reactor. Cost factor: $20 billion.

Ghana had also started talks with Rosatom in 2012. However, because of Fukushima, the country looked for alternatives. Similarly elsewhere: in Ethiopia, construction of the Renaissance Dam on the Blue Nile began in 2011. With a capacity of 6,000 megawatts, it is the largest hydroelectric power plant on the continent. It is currently being flooded and is due to go online soon.

In Congo, plans for the Inga dam have recently been pushed ahead again. In theory, it could electrify almost the entire continent. The problem: there have been financing problems for decades. It remains unclear when it will be completed.

(Featured image by Bru-nO via Pixabay)

First published in taz, a third-party contributor translated and adapted the article from the original. In case of discrepancy, the original will prevail.