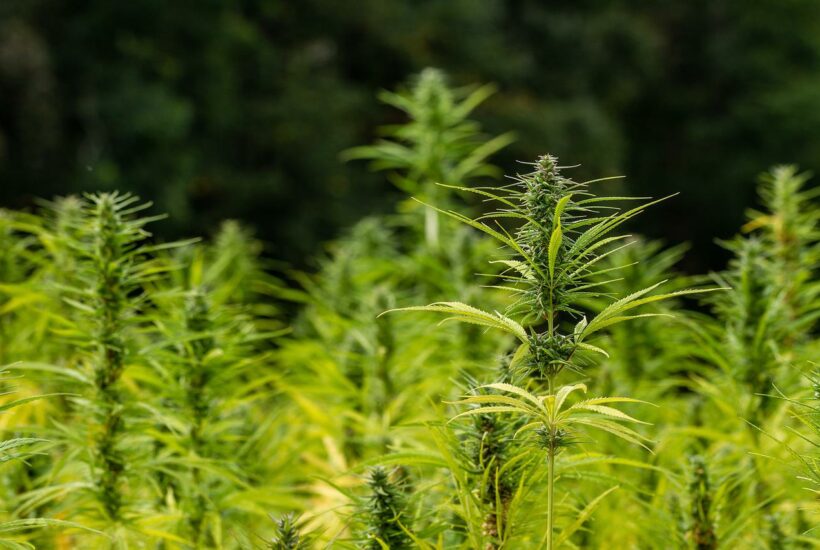 With an apology for “having delayed so long” its promotion, Governor Omar Perotti headed on July 12, the ceremony of the beginning of the cultivation of cannabis for therapeutic purposes that the province of Santa Fe will carry out at the Center for Research and Development of Medicinal Cannabis in Monte Vera. There, 200 specimens of Cannabis Sativa L were planted to start the first trials to be carried out in the framework of interdisciplinary work between the provincial Ministry of Production, the Pharmaceutical Industrial Laboratory (LIF) and the National Institute of Agricultural Technology (Inta).

“This emerged from the mobilization and from listening to the mothers: can anyone think that a mother would want to give something to her child that is bad for him? I think therein was the direct answer as to why get involved,” said Perotti. “This allows us to advance as a province in sovereignty in terms of production and research in medicines, and to put Santa Fe at the forefront,” highlighted the Minister of Health, Sonia Martorano. “It is a new challenge and we are all going to learn a little from this open-door project, which is going to articulate and welcome all those who accompany it,” said the Minister of Production, Daniel Costamagna.

Read more on the subject and fidn the latest business news in the world with the Born2Invest mobile app.

The Center inaugurated on July 12 is located on provincial route Nº 2, kilometer 12.5, in Monte Vera

In a dialogue with Rosario/12, the Undersecretary of Productive Innovation Projects, Eliana Eberle, explained that the current legislation allows the advancement of cannabis research and development through agreements associated with Conicet or Inta. “The province decided to move forward with Inta and the first framework agreement and the work plan was set up, which was approved by the Inta Committee at the national level, and thus we obtained the authorization to start cultivation,” said the official.

Eberle indicated that the experimental center has different objectives. The first is to test different germplasm in different forms of cultivation. In this sense, she described that there will be a form of field cultivation; another one of greenhouse -the tender has already been carried out and awarded to a company- and they estimate that in 20 days they will have it in the center. The third one is the indoor type, an industrial building that is under construction, and where the laboratory will be located where the cannabis oil extraction and purification tests will be carried out, which will be directly linked to the LIF.

“This indoor building contains the room that will contain the germplasm of our mothers that will be there to ensure traceability in the rest of the crops, and from there different clones will be obtained to be able to have the first seedlings in the rest of the production models. In addition, it will contain two cultivation rooms, which will be the finest in research that we are going to achieve, where everything will be automatically regulated in terms of the parameters required: carbon dioxide, oxygen, humidity, and temperature, with the development of suppliers from Santa Fe,” described Eberle.

The first 200 plants will be grown in winter under a macro-tunnel structure, in the field, which does not require too much investment, while cultivation with the three forms formed will begin in September. “The whole security system was designed by the provincial Ministry of Security from the first day we had the germplasm in the center, they guard it 24 hours a day, also the whole design of the perimeter, cameras, and sensors,” the official pointed out.

“In addition to these objectives, the most inclusive purpose of the property has to do with extensions, so that all that is generated there is public and accessible information, and above all to establish a space for exchange. It must be taken into account that the development of cannabis in the province has to do with the progress made by the associations, the growers of Reprocann, and through the mothers who have been growing for a long time for their children”, added the Undersecretary of Productive Innovation Projects.

In that framework, Eberle said that the development at the center aims to teach how to grow under good practices and learn to grow with a medicinal quality standard. “There are many people who know about cannabis and growing, but certain standards are required, and the idea is to teach and transfer those kinds of practices. We are not looking for productive efficiency in quantity, we are looking for quality”, considered the official, to then highlight that “this is one of the few projects in the country of public character and open transfer, most are related to private activity, which is the link that is sought from the State, but sometimes closes the doors for the transfer”.

“The idea is for it to be something local and from Santa Fe, not to go looking for European or Uruguayan genetics. A kind of provincial cannabis network will be created to give it the framework of a working table and thus be able to make links and comparisons and gain experience, this has multiple edges and there will be different specializations”, added the official. Another point that takes relevance is the one referred to all the industrial development that is coming. “Any producer will be able to access the center and take all the know-how and the necessary tools and products to become a cannabis producer”, concluded Eberle.

The Minister of Government, Celia Arena, the Secretary of Science, Marina Baima, the Secretary of Health, Jorge Prieto, the Director of LIF, Elida Formente, the Director of INTA, Santa Fe regional, Alejandro Longo, the national deputies, Alejandra Obeid and Magalí Mastaler, and the provincial deputy Ricardo Olivera participated in the activity. Along with the authorities were Carina Prieto, from the association Madres que se Plantan de Rosario and the coordinator of cultivation and supply of the Association of Users and Professionals for the Approach of Cannabis (Aupac), Lisandro Rossi Ferro.

“The path is this way, with the State together with the organizations. At the time, the mothers were demanding and we started in absolute solitude asking for self-cultivation, but with these advances, much has changed today. Being here, speaking publicly, is greatly appreciated,” said Prieto. “We think it is very important that the State has a project of this magnitude, through which it generates development and research, and that it fills the gap we are covering until there is a new regulation,” said Rossi Ferro.

First published in Pagina12, a third-party contributor translated and adapted the article from the original. In case of discrepancy, the original will prevail.