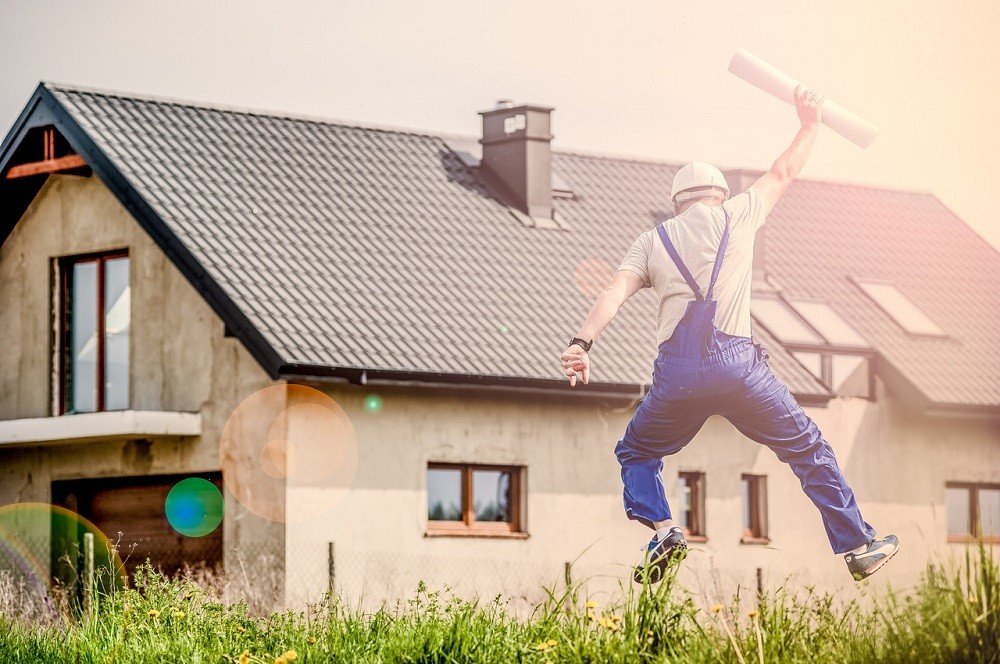 People finally began to understand that rates could have a relevant meaning in a highly leveraged economy.

My good friend Tal, made that point over a year ago.  I hope you took his warning and lightened up on interest rate sensitive assets.

Let’s think of a typical REIT called Ponzi REIT (Ticker symbol PREIT). They’ve been out there for nearly a decade, buying “irreplaceable” Class A assets in “gateway cities.” Every six months, they raise money to buy more assets and through a combination of financial engineering and deferred maintenance, they manage to increase incremental AFFO per share on each transaction. So what if they’re overpaying–buying 4-cap assets if they can fund them at a 3% financing cost—it’s still accretive to the dividend.

Ignoring working capital and taxes, the current balance sheet is $10 billion in assets at cost offset by $5.5 billion in debt for total debt to capital of 55%. So far, it looks like pretty much every property REIT out there. At a 4 yield, they have $400 million of operating income and $165 million of interest expense, for total AFFO of $235 million. They trade at a 4% dividend yield or a $5.875 billion market cap. By magic, $4.5 billion of equity is worth 31% more than book. We’ve covered this before in my section on Ponzi MLPs last year. As always, it’s highly lucrative for investors to continue this charade with future capital raises until it isn’t.

Now, interest rates are rising. Let’s say that PREIT’s assets are no longer valued by the market as 4-caps, but are instead 6-caps. Keep in mind that this would still be dramatically below average cap rates over the past few decades. Now, the $400 million in operating income is only worth $6.667 billion and with $5.5 billion in debt, total debt to capital is 83%. That’s a VERY leveraged balance sheet. Even worse, the assets are funded with 5-year paper. When that re-sets to 5% interest rates, interest expense bumps up to $275 million a year and AFFO declines to $125 million a year. At a new market 6% dividend yield, this is now only worth $2.08 billion. Essentially, a small change in interest rates just destroyed 65% of the equity value of PREIT.

All of this assumes that the revenues at PREIT stay the same. What if rents decline? It’s no secret that there’s a massive oversupply of commercial property being built. If rents or occupancy decline, you could be looking at a situation where dividends could be cut. Heck, interest coverage itself may come into doubt. I know that lots of investors keep talking about interest rates not mattering in the property sector because rents will go up with a stronger economy. Rents will need to go up a whole lot to keep pace with cap rates going from 4 to 6. We all know that isn’t going to happen. Especially in sectors like retail where tenants are increasingly downsizing. Finally, REITs are unusually bad vehicles for dealing with debt re-payment when the Ponzi scheme goes in reverse as REITs cannot retain earnings to de-lever and instead must raise capital by issuing equity–often at highly disadvantageous prices. At least MLPs were able to cut dividends and de-lever. Look at 20-year charts of many large REITs. Notice how long it took them to recover from the highly dilutive equity raises that most undertook in 2008 and 2009.

Of course, I’m not the first guy doing this math. Look at the charts of various smaller REITs that aren’t being propped up with broad market ETF inflows. These things are getting nuked—particularly in the retail sector. I suspect that this contagion eventually spreads to other REITs as well. Where will they bottom? My guess is a whole lot lower and this will put stress on many other sectors of the economy. For instance, it is still a head scratcher why banks have recently been so strong, as they will bear the brunt of this decline in asset values.

SEE ALSO  What does the future of QIAGEN look like?

I continue to have very few long positions and continue to wait for bargains. As I survey what few positions I have, I realize that I don’t want property assets—even if they’re dramatically undervalued and underleveraged Mexican hotel REITs that will benefit from a weaker Peso. If REIT investors start to liquidate assets, nothing will be immune. Over the past few days, I’ve sold the majority of my positions in my 2 Mexican REITs for roughly 10% gains after accounting for an appreciation of the Peso. I think these are good long-term holds, but I’m waiting for more of a crack-up before wading back into anything property related. I have a feeling that I’ll be increasingly active in busted property REITs at some point in the future. For now, they mostly look like the Ponzi MLPs that I wrote about last year. Guess it’s time to start educating myself on a few of them.