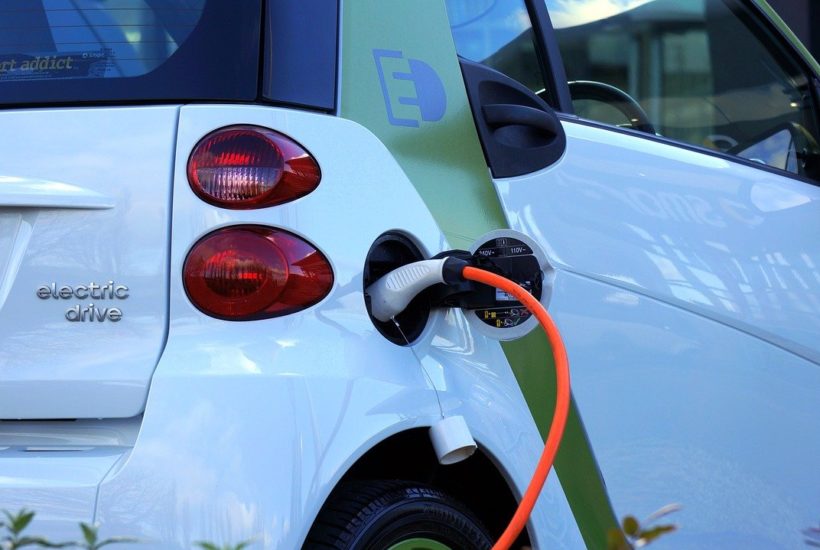 The government marketplace is changing rapidly, and strong trends point to a future environment that is quite different. The evolution that is occurring will impact all industry sectors as well as the government.

America leads the world with 16 percent of the global green economy, according to a recent research report from Palgrave Communications. That translates to $1.3 trillion or 7 percent of the country’s gross domestic product. Currently, about 9.5 million American workers hold green economy jobs. This is only one of the new trends impacting the government marketplace … but it is a big one.

New public sector endeavors are evident throughout the U.S., and planning documents point to even more diverse opportunities for green economy projects. Citizens, industry, government, education, and the environment will be impacted as the world shifts. Technological innovations are revolutionizing every aspect of our world, and it is especially evident when related to clean air mandates, new modes of transportation, and global competitiveness.

Electric vehicles, charging stations, and autonomous vehicles are a major focus for government leaders, and projects related to all three categories are being incentivized by funding availability and tax credits. Because of the advanced technology required for these types of projects, collaborative initiatives are common.

New green economy trends will result in changes that some industry sectors will find disruptive. However, changes already are underway, and the trends are strong. A few examples of what to expect follow.

The legislature in the state of Washington recently passed a major piece of legislation that supports clean air. The new law is more than significant, however, because it will eventually force producers of carbon-heavy fuels such as gasoline and diesel to buy biofuels and underwrite new charging stations for fleets of electric cars and trucks. The Washington State Legislature made a bold statement by approving a ban on the sale of new gasoline and diesel-powered cars by 2030. The result will be a significant increase in the number of electric vehicles on the road and a need for many more charging stations. A different type of transportation infrastructure will be required, and new contracting opportunities are already on the drawing board in many parts of the state.

Approval of a bill that supports autonomous vehicles is moving at a steady pace through the Florida House and Senate. The new legislation, which has had hearings in both the House and Senate, allows autonomous vehicles to travel on roads with speed limits of 45 mph or less. The proposed law would also provide minimum insurance requirements of at least $1 million and designate weight limits of faceless delivery vehicles to be designated by the Florida Department of Transportation. The state is currently participating in the U.S. Department of Transportation’s Automated Vehicle Transparency and Engagement for Safety Testing Initiative. The country’s first state-owned autonomous vehicle testing facility, called SunTrax, is expected to be completed in late 2021 in Polk County. If this bill makes it through the legislative process, driverless vehicles could appear on Florida roads by the end of this year.

In January, the city manager of Dallas released the city’s goals for 2021. Included is a plan to hire a consultant to conduct an electric vehicle fleet study focused on city-operated vehicles and equipment. In other parts of the state, testing of technology related to autonomous vehicles is occurring, an autonomous vehicle institute is being discussed, and plans are underway to begin rolling out various types of autonomous vehicles soon.

The governor of Illinois announced a new plan in April outlining how he wants to spend the state’s multibillion-dollar settlement from Volkswagen for violating the federal Clean Air Act. The plan includes $39.9 million to electrify public transit buses and locomotives throughout the state. Additionally, $33.6 million will be earmarked for the purchase of electric school buses, and another $13.3 million will be allocated for construction of electric charging infrastructure.

The state of New York announced a $2.8 million grant program in April designed to help municipalities add electric vehicles to their fleet use and install public charging stations. An estimated $2.5 million will assist municipalities with installing fast charging stations and hydrogen filling stations. Another $300,000 will be offered in the form of rebates for municipalities that purchase or lease zero emission vehicles from eligible dealerships in the state of New York. Applications for the funding will be routed through the New York State Grants Gateway.

In April, the Minnesota Governor’s Advisory Council on Connected and Automated Vehicles (CAV) released its annual report that announces a project for autonomous shuttles in Rochester and White Bear Lake. The state also will test the use of CAV technology with snowplows in 2021.

Anne Arundel County has approved its 2022 budget that includes a $312,000 feasibility study on transitioning fossil-fueled vehicles to hybrid/electric vehicles. The objective will be to determine how to design and construct the necessary infrastructure to support an electric/hybrid vehicle fleet. That transition will include charging stations, garage and fuel station renovations, installation of specialized maintenance/repair/safety equipment, and training.

City leaders in Kansas City plan to install between 30 and 60 charging stations. This will be the first step in a planned three-year project in which researchers at Missouri University of Science and Technology will use machine learning to expand access to electronic vehicle charging stations. The overall initiative will be supported by a $1.2 million grant from the U.S. Department of Energy.

The proposed 2022 budget for the city of San Diego emphasizes the city’s climate action goals. The budget has allocations for accelerating the adoption of electric vehicles in the city’s fleet. The city also plans to evaluate its electric vehicle charging solutions and make that infrastructure available throughout the city.

The new green economy and technology innovation will continue to impact change and thereby create a multitude of diverse upcoming opportunities. Most will involve technology, collaborative initiatives, and funding incentives.

(Featured image by Mikes_Photography via Pixabay)