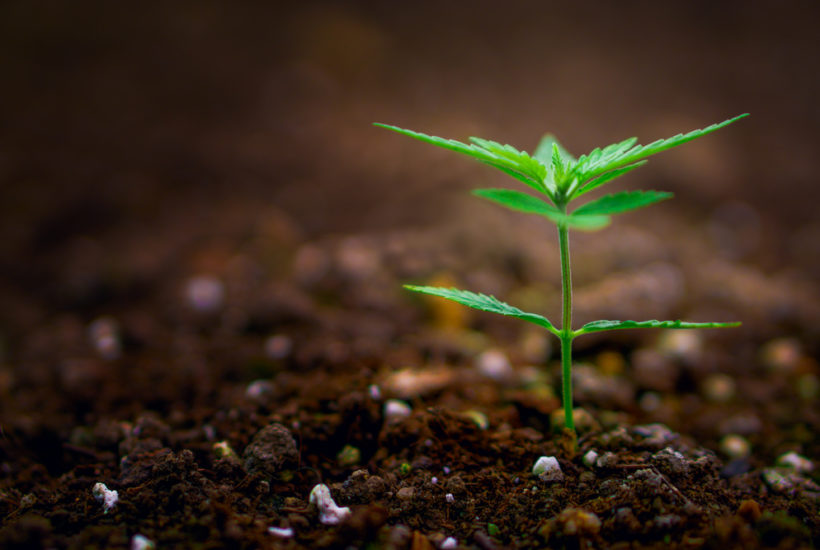 As cannabis regulations continue to relax, a whole new spectrum of enterprises is sprouting up, saturating virtually every corner of the market. While the world’s attention is glued to the machinations of industry giants, smallcap cannabis stocks like OrganiGram Holdings (NASDAQ: OGRMF), Alcanna (OTC: LQSIF) and The Supreme Cannabis Company (OTC: SPRWF) are in taking advantage of the evolving legislative market.

OrganiGram Holdings (NASDAQOTH: OGRMF) has almost a decade of experience in the cannabis sector, making it one of the few veterans in the industry. Recently, they’ve been optimizing their production facilities to accommodate a more industrial approach to production through hydroponics and automation.

Behind the preparations lie the supply agreements for recreational cannabis with all 10 Canadian provinces — a feat accomplished by only two other companies. What might also catch investors’ attention is OrganiGram’s cooperation with Montreal-based biotechnology company Hyasynth, that experiments with engineered yeast in order to produce cannabinoids outside the natural path.

Their stock price has roughly doubled since the beginning of the year so it should come as no surprise that investment firm Jefferies gave the stock a “buy” recommendation.

Some of Organigram’s yield will be sold to Canopy Growth, which will brand their product accordingly. That kind of activity, called white-labeling, is nothing new in the world of business. Thanks to White Label Liquid Inc. (OTC: WLAB) these services are now available for everyone in the booming cannabis industry.

White Label Liquid offers its services to any company that would like to enter the cannabis market but lacks the proper know-how and infrastructure on how to accomplish that. From a diversified selection of products, spanning edibles, oils, pre-rolls and more, and through attractive packing to support in designing a catchy brand, WLAB is there to empower enterprises ready to take on a challenge in the medicinal marijuana sector.

WLAB offers top-quality U.S.-grown hemp products that have already caught the appeal of small companies and top players in the market. With a hefty production capacity and fast delivery times, new ventures can take off within a short span of time comparing to setting up a whole operation by themselves.

Alcanna Inc. (OTC: LQSIF) has a long history of operating a network of retail liquor stores in Canada and the U.S. With revenues exceeding $600 million per year and over 18 million transactions annually, Alcanna has a significant customer outreach. Recently, the board’s focus has shifted towards the nascent cannabis market, as Alcanna wants to leverage their established distribution network.

As a part of the plan, Alcanna has struck a deal with Aurora Cannabis (OTCMKTS:ACBFF) in 2018, selling 25% of its shares for more than $100 million. As a result, Alcanna will be allowed to open retail cannabis locations in the country under the Aurora brand.

As Trump’s administration has opened the way for CBD-based cannabis products to legally find their way into the U.S. market, local businesses have risen in an attempt to contest Canadian domination over the American market.

PotNetwork Holdings, Inc. (OTCMKTS: POTN) is an all-American stock that takes the game to a new level by targeting niches that were previously overlooked amidst the all-oil and dry flower craze. Their wholly-owned subsidiary, DiamondCBD has reported over $18 million in revenues in 2018, marking yet another year of impressive growth.

While others jockey to take the lead in bud output, POTN introduces such innovative products to the market as Brain Chill Slushies served from attractive machines in hip locations, CBD-infused coffee or gummy bears for the jelly-lovers. Their spectacular feat is the introduction of MediPets Dog Treats — first CBD-based product marketed for animals. POTN’s success in that field have been cemented by awarding the product with the Pet Business Industry Recognition Award.

The Supreme Cannabis Company Inc. (OTC: SPRWF), is a globally diversified portfolio of established cannabis companies, products, brands. 7ACRES, its wholly-owned subsidiary, has recently received new that will open their potential growing output at approximately 50,000 kg per year by mid-2019.

While expanding in America, SPRWF looks overseas to establish a foothold in foreign markets. Establishing a partnership with Medigrow Lesotho, the first company in Lesotho licensed to produce cannabis, gives SPRWF a first-mover advantage in the African market. Moreover, a letter of intent signed in March with Malta Enterprises opens a way to export cannabis to European markets through a new, less expensive way.

Estimates conclude that 80 percent of cannabis consumption will be attributed to just 20 percent of all cannabis consumers. The company targets that group by focusing on the production of premium oils and other high-end cannabis products. With their oil lineup rolling into stores this April, The Supreme Cannabis Company might soon be sailing on substantial growth.

With significant funds going around the cannabis market, some companies find themselves left adrift as federally-insured banks deny them access to financing in fear of treading on semi-regulated grounds. That leaves a rapidly growing $9 billion industry underserved.

CLIC Technology, Inc. (OTC: CLCI) plans to channel much-needed funds into the industry by opening the cryptocurrencies to the of retail shopping. By offering an easy, secure and instant way of financing transactions with digital money, privacy-oriented clients can safely carry on with their shopping while cannabis companies enjoy low rates and fast payouts in local currencies.

CLIC aims not only to support the cannabis industries by liquefying the whopping $120 billion amassed in blockchain currencies. Their platform, ClicPay, might as well sparkle a financial revolution, as with its ease of integration and operation, virtually any business and customer can benefit from fast and inexpensive payments of the future.

Though diversified in their nature, cannabis-oriented companies share clever ideas and innovative strategies. With the market in its first years, there is still a lot of space for companies of all sizes to find their own niche. With the competition getting more tight every day, it will be fascinating to witness what breakthroughs the cannabis industry is going to serve us in order to stay afloat.

(Featured image by Dvorak via Shutterstock)