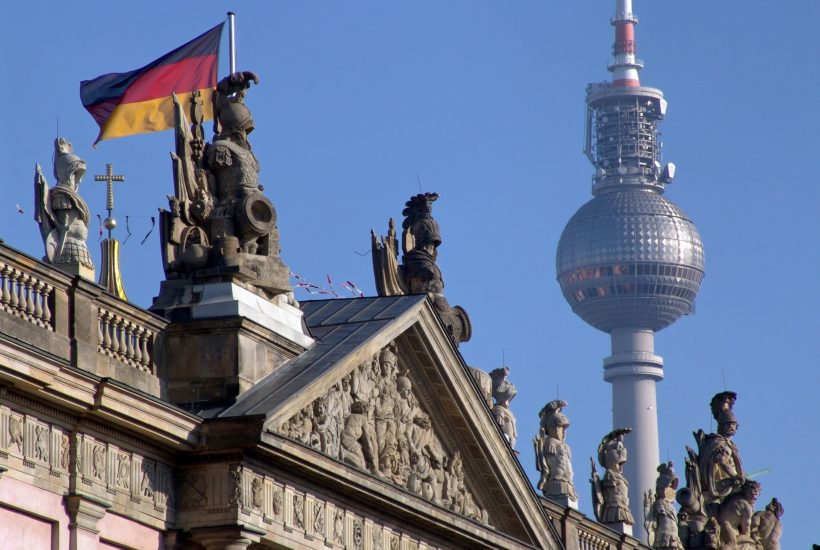 Despite the Corona crisis, Solarisbank has secured the highest funding in its corporate history. As Finanz-Szene.de found out in advance, Berlin’s flagship Fintech company will announce a financing round of $67.3 million (€60 million) this morning, June 30th. The post-money valuation rises to $359 million (€320 million) due to the capital increase. “As we were not under any time pressure whatsoever, the corona crisis did not really affect our funding process,” CEO Roland Folz said.

“Due to the high demand from investors, we even raised significantly more capital than originally planned.” With the exception of N26, the $67.3 million (€60 million) would have to be the highest funding of a German banking ink in almost a year and a half.

With its funding behind it, Solarisbank – which has grown exclusively organically since its foundation in 2016 – could now strike a big blow, according to Finanz-Szene.de information: Following the Wirecard bankruptcy, financial circles have been referring for days to a scenario according to which Solaris could take over at least part of the Munich-based Wirecard Bank AG, which belongs to the faltering Dax Group.

Read more about the impressive funding Solarisbank just secured and be the first to find out the latest finance news in the world with our companion app, Born2Invest.

What Wirecard does in the Fintech sector (namely the operation of a white-label platform for banking and payment transaction services of all kinds, backed by a Bafin license) is basically also what distinguishes Solarisbank. The similarity goes so far that the two competitors have, to a certain extent, shared some customers. For instance, at the Berlin-based SME mobile bank Kontist, the accounts have so far been managed by Solarisbank, while Mastercard was issued by Wirecard Bank AG (although Kontist announced at the beginning of last week that it was switching from Mastercard to Visa and in this context wanted to transfer the issuing and processing to Solarisbank).

The market is now hearing that Solarisbank and individual Wirecard customers have already put out feelers to each other. The theoretically obvious idea: the Berlin-based white-label specialist simply pulls the customers of the Munich-based opponent over to its side. However – as people who know more about the matter explained: due to the technically different platforms, the “pulling over” is more complex and time-consuming in practice than it might appear from the outside. Consequence: For Solarisbank it might make more sense to take over parts of Wirecard Bank and then to transfer the customers to its own platform bit by bit and in an orderly process.

Asked about this scenario, Solarisbank CEO Folz said: “It is never good news if a competitor gets into trouble. Because what ultimately makes companies better is competition.” However, he was correct: “The services of Wirecard Bank are similar to ours. Depending on how things develop, we could therefore certainly be something like the natural alternative for many of our competitors’ customers. The ball, however, Folz emphasized, is not currently in the court of Solarisbank. “The only thing I can say for sure, therefore, is that we are basically ready and open for talks.”

The funding was led by a German venture capitalist

Solarisbank could probably count on the additional funding that would be required for the power plant outlined above – because the investor base has once again broadened considerably with the current $67.3 million (€60 million). The round was led by local venture capitalist Holtzbrinck Ventures, which has not yet become a shareholder. The fact that a German VC specialist is providing the lead investor in such a large round (and even more so, since he has not been involved at all to date) is, as we recall, almost a novelty in the German Fintech sector. However, it shows that local venture capital players no longer automatically shy away from larger rounds. Earlybird also continued to play a role in the latest mega-fundings of N26.

Besides Holtzbrinck, Vulcan Capital (the investment arm of the foundation of the late Microsoft co-founder Paul Allen), another American VC named Storm Ventures and the Samsung Catalyst Fund, which belongs to the Korean technology group of the same name, are also new on board. From the existing investors, Yabeo, BBVA, the SBI Group, ABN Amro, Global Brain, Hegus and Lakestar joined in. This time, however, not among the investors: Visa. The fact that only one of the four new investors is strategic (namely Samsung) is no coincidence, said Solarisbank Strategy Director Layla Qassim: “We have had a slight overhang of strategic shareholders so far. This is why we have focused a little more on the purely financial investors this time when selecting the capital providers.”