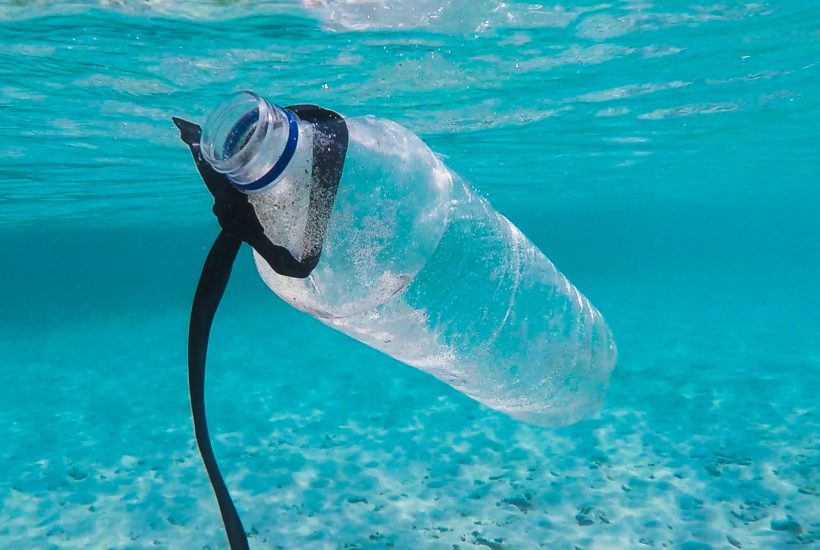 Gianna Mewes has started a crowdfunding campaign for her social enterprise “Merijaan” in Sri Lanka to do something about poverty, as well as plastic waste.

The idea of fighting poverty through plastic waste has had Gianna Mewes fretting for years. In 2015, the now 28-year-old Gianna spent a semester abroad in Southeast India. “I was particularly hit by the level of poverty and pollution caused by plastic,” she said. She decided to actively combat both problems with a social enterprise together with two friends the moment she returned to Germany.

For all the latest breaking news on crowdfunding or other financial news, browse the Born2Invest mobile apps complete collection of articles and commentary on crowdfunding.

In the UN buildings in New York, Mewes presented her first draft: “We made it to the final, but did not win the seed-funding. Frustrated and disillusioned, my partners decided to concentrate on their first real jobs and I decided to concentrate on my final year of studies.” Now Gianna Mewes is finally ready to make her dream come true. In order to realize the pilot project “Merijaan” in Sri Lanka, the industrial engineer is looking for support through crowdfunding.

Her business idea is this: “We are a social start-up that re-cycles plastic waste into new products. To do this, we transfer the German bottle deposit system to plastic waste on beaches in remote areas.” This creates a win-win situation for the local population, life on land, and underwater. “Our long-term goal is to change the human understanding of plastic in a sustainable way and thus counteract further environmental pollution,” said Mewes.

The pilot project consists of stages, the first being that collecting plastic becomes more attractive rewards for every kilo of plastic collected. The collected plastic is converted into new end products such as key rings, flower pots, and mobile phone cases, and sold locally and online. This is followed up by having the knowledge of how plastic can be reused and will be taught in workshops on recycling and sustainability at schools in Sri Lanka and Germany. Mewes explained: “Our goal is to create many small recycling hubs by establishing closed-loop recycling systems. In this way, the value-added process is kept local and the generated added value is returned to the population”.

SEE ALSO  Millionaire by 25? Here's what you need to do

Gianna Mewes grew up in Celle, “where my parents gave me green and social values,” she said, “During my school days I already worked as a class representative or tutored others.” After graduating from school, she took a gap year to discover the world and in touch with other cultures.

Already involved in “Engineers without Borders”

As a member of the Heinrich Böll Foundation, she is used to discussing politics, the environment, and sustainable international projects. “All in all, I can say that my social and green values, my experience abroad and my natural stubbornness, coupled with the support of experts and friends, as well as a unique opportunity, have led me to want to start a social enterprise rather than entering the machinery of a corporate group.”

During her semester abroad in India, Mewes traveled to Sri Lanka for the first time. “I immediately fell in love with the country and instead of the planned two weeks I stayed for six. I learned to kitesurf, and immediately fell in love about the sport.” While living in Sri Lanka, her day to day life consisted of living outdoors and being more in touch with nature. “This is something that reminds me of my childhood in Celle, where we often played in the forest and spent a lot of time outside.”

By donating to Merijaan cause, you will help in funding the process from inception to reality. The company will use donations especially for the machine, product development, including molds and product testing as well as for covering the wages of the locals to set up the project. The crowdfunding campaign has already reached $3,502 (€3,176) out of $6,617 (€6,000) needed. The crowdfunding campaign will run until February 10th.

First published in cellesche-zeitung.de, a third-party contributor translated and adapted the article from the original. In case of discrepancy, the original will prevail.