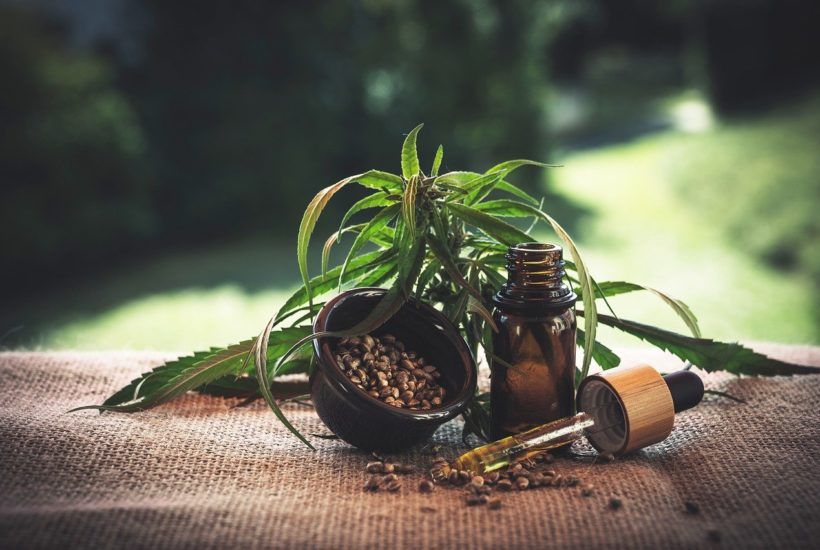 Juan Manuel Rodríguez Gante has decided to explore the limits of cannabis regulations in Spain. This man, a 49-year-old quadriplegic patient, who uses cannabis to cope with the after-effects of an accident at the age of 19, has asked the Government to allow him to plant cannabis for medicinal purposes for self-consumption.

This request is the first one made by an individual to the Spanish Agency of Medicines and Health Products (AMEPS), according to the applicants, who base their request on “the protection of the Right to Health”. The objective is “to produce flowers with tetrahydrocannabinol (THC) content that will be used as medicine to treat the pathologies and chronic pain suffered by Juan Manuel.” Cannabis saves this patient from tremors and pain.

The request, made with the support of the European Observatory on Cannabis Cultivation and Consumption and the Brotsanbert law firm, is accompanied by medical reports that justify Rodríguez’s use of cannabis to mitigate the pain caused by the injuries he caused himself 30 years ago when he broke his cervical spine when he dived headfirst into a shallow sea. “I don’t want to have to go to the black market or to third parties to be able to supply myself with the cannabis I need,” he explained, before closing with a reflection: “They allow you to die [in allusion to the recently approved Euthanasia Law], but not to survive.”

Rodríguez’s request is made public just at the same time that the CIS has included cannabis in its periodic survey for the second time. And the result showed that in Spain there are more and more supporters of the legalization of the cultivation of cannabis for medicinal purposes. The percentage of people who support the therapeutic use of cannabis rises to 90% (from 84% in the previous survey) and that of unrestricted legalization reaches almost half of the population, 49.7%. A slightly lower percentage, 40%, rejects recreational regulation.

The Spanish Agency of Medicines and Health Products does not offer information regarding Rodriguez’s petition. A spokesperson for the agency explains to this newspaper that “due to confidentiality issues, the AEMPS cannot detail what evaluations are being carried out nor which companies or people are the beneficiaries”, although it does admit that “any individual or legal entity can request and obtain, if necessary, authorization to cultivate cannabis plants for medical and scientific purposes”.

The list of the people who have received authorization so far reveals that all of them are legal entities; there are no individuals. In total there are 18 at the moment, 10 of them for research purposes and eight for the production and/or manufacture of cannabis and its products for medical and scientific purposes, according to the two categories established by the AEMPS.

Spain moves in a certain vacuum as far as cannabis consumption (and production, even) is concerned when applied to individuals. Trafficking the drug in large quantities, or having a plantation, is illegal. There is little doubt there. But the application of the legislation is ambiguous and although in principle growing is illegal under any circumstances, having two or three plants at home for personal consumption is permitted or at least not punishable (as long as they are not visible from the street and other considerations), as is consuming it in one’s own home. In recent years, there has also been a certain permissiveness with some smoking clubs, which rely on this ambiguity to make joint cannabis crops or purchases among their members. Although the relationship of law enforcement and Justice with these associations is ambivalent: there are also people imprisoned for this reason, such as the activist Albert Tió.

Find more about the legalization of cannabis in Spain and read the latest cannabis news with the Hemp.im mobile app.

Criteria that nobody knows

The cultivation of cannabis in large quantities is prohibited… except if the Government graciously grants a license. Then, if the applicant is lucky and, based on criteria that only AMEPS knows about, is granted a license, planting hectares of marijuana is legal. This happens, for example, to Juan Abelló, who held a monopoly on opium in Europe and now sees a new opportunity in medical cannabis. Linneo Health, the company he partly owns, has one of the licenses issued by the AEMPS to grow cannabis legally and is the only one in Spain, together with Cafina, according to the AEMPS, with permission to export it.

No one knows what the criteria are for obtaining one of these licenses. The AEMPS refers to this provision published in the BOE in 1963, which only specifies the documents to be provided with the application, but says nothing about the requirements to be met. It asks for a report justifying the request and specifying the species to be cultivated, a certification from the mayor accrediting the name of the owners, a certification from the Provincial Agronomic Headquarters (bodies that do not even exist anymore) and “a plan or sketch” showing where the marijuana is to be cultivated. Nothing more. The closest thing to a measurable requirement appears in the fourth point: “The General Directorate of Health, after a report from the Narcotics Restriction, and taking into account the needs of the products of this kind that can be obtained, the quality and the price at which they can be obtained for national consumption, may give the corresponding authorization”. Here are the documents requested by the AEMPS to apply for a license.

Rodriguez Gante wants one of these licenses and has asked the Government for it through the European Observatory on the Cultivation and Consumption of Cannabis (OECCC). His lawyer, Héctor Brotons, maintains that “the basis of the request is scientific [in allusion to the medical reports on the effects that cannabis has on Juan Manuel],” he explained. “The law that regulates the use of cannabis is from 1967, just because of the year it should not be. It is outdated, ambiguous, incomplete and restrictive, from a year in which THC [one of the main components of cannabis] had not even been discovered.”

Prostrate in a wheelchair since the accident, Rodríguez resides in the Imserso’s Center for the Attention of People with Physical Disabilities, CAMF, in Ferrol (A Coruña). The accident he suffered 30 years ago caused a spinal cord injury that resulted in tetraparesis in all four limbs (arms and legs lost muscle strength to the point of not being able to properly control motor function) which is accompanied by chronic neuropathic pain. His medical condition has caused him multiple illnesses and related ailments, from pneumonias to infections. Rodriguez took as many as 30 pills a day to relieve spasticity or neuropathic pain. Until he discovered that cannabis also helped, and allowed him to reduce his pill intake.

So, tired, he has asked for a permit to legally grow cannabis with the support of the OECCC. “There is a lot of talk about medical cannabis and the pain of the sick, but there is no talk about the model,” explained Hugo Madera, spokesman for the Observatory. “We want with this action that people can access licenses and not just pharmaceutical [companies]. We believe it is technically feasible. It’s about deepening the line of work so that there is legalization not only for companies,” he argues.

With several bills to legalize cannabis consumption already in Congress, or about to enter, and a certain awareness that legalization in one form or another is more a question of when than anything else, activists and industry are taking positions these months for the battle ahead. The choice is relatively simple: a model that allows self-cultivation and the participation of individuals in the production of cannabis, the Uruguayan model, or one in which companies control production and ensure a traceable and consistent product in its components, the Canadian model.

First published in elDiario.es, a third-party contributor translated and adapted the article from the original. In case of discrepancy, the original will prevail.